Much has already been said about the Alfa Romeo Giulia Quadrifoglio, the M3-fighting 503 hp monster sedan. Admittedly, it’s one of the most hotly anticipated sports sedans to debut in some time, so it’s understandable that the Quadrifoglio is the most talked about variant. However, the standard Giulia is the one most people will buy and will be the car that is tasked with bringing back Alfa Romeo’s mainstream popularity in the US. So what’s the standard car like to drive? Well, Car and Driver drove one to find out.

Packing a 2.0 liter turbocharged four-cylinder engine, the standard Alfa Romeo Giulia, in US-spec, makes 280 hp. That’s an impressive amount of power for a four-pot and far more than the 248 hp in the BMW 330i. On this side of the Atlantic, the Giulia will only mate that 2.0 liter engine to an eight-speed ZF automatic gearbox and send its power to either the rear or all wheels.

Aside from the considerable power bump, that sounds remarkably like the exact same formula for the BMW 330i. So why would someone buy the new, unproven Alfa Romeo over the tried and true BMW 3 Series? 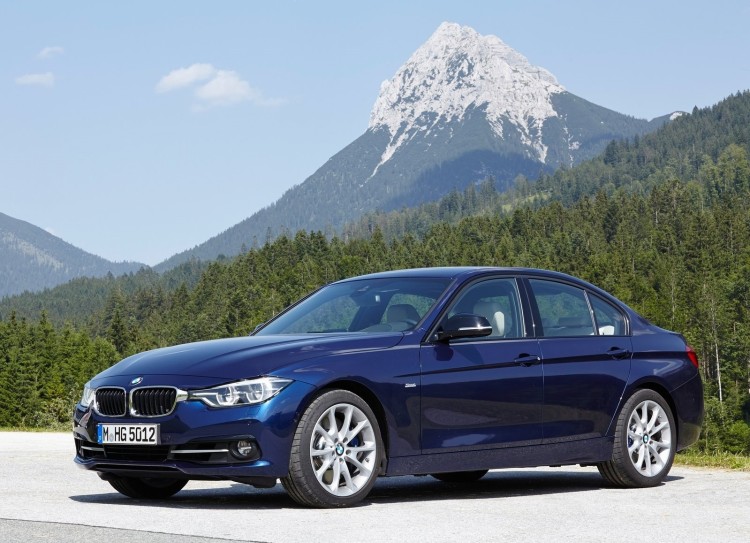 According to Car and Driver, there’s something inherently exciting and charming about the new Alfa Romeo Giulia. You can tell it’s Italian, from the interior components to the styling to the way it drives. It has that old-school intangible Alfa Romeo feel that enthusiasts love. Step into a Maserati Ghibli and it doesn’t feel Italian, it feels like a posh Chrysler. But the Giulia doesn’t, it feels different and special. That’s worth a lot in a segment dominated by Germans, which all have familiar cabins, technologies and styling.

Plus, again according to C&D, it’s a proper driver’s car, the Giulia. With delicate and sharp steering, it’s said to be the sharpest feeling car in the class. It’s also comfortable, rides well and is quick, getting from 0-60 mph in 5.1 seconds. The engine also has more character than any of the Germans’, making a growlier, gruffer sound. While it might not be a pretty noise, it sounds more charismatic than the diesel-ish noise of BMW’s current four-pots.

We can’t say for sure which is the better car, the Alfa Romeo Giulia or the BMW 3 Series, as we’ve yet to drive the former. However, one thing seems certain and that’s that the Alfa seems to bring some much needed Italian spice to an otherwise German-dominated cuisine.