The new MINI JCW hardtop is a beast wrapped up in a nice, chic package. We sampled it a while back and were amazed by how well it was set up and how much performance it brings to the table. What’s most impressive about it though, is how that little engine under the hood performs, even at higher speeds.

The new MINI John Cooper Works model now uses a bigger engine, going against the stream if you will. While everyone is concerned about downsizing, MINI decided to use 2-liter 4-cylinder engines for its line-up, for the first time in its history. And that’s really fine as the performance figures are truly impressive, especially for a car so small. 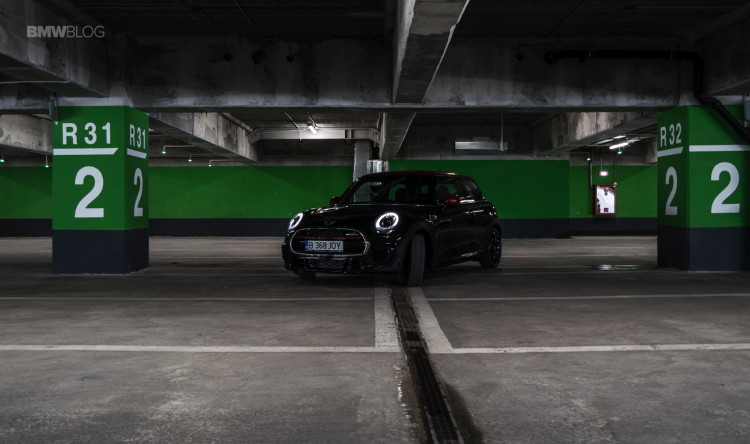 The B46 engine under the hood of the JCW model makes 231 PS and 320 Nm (236 lb-ft) of torque, numbers that are good enough to send the hatch packing. Reaching 100 km/h (62 mph) from standstill takes either 6.1 or 6.3 seconds depending on the gearbox, the manual being the slower but more enjoyable choice. As for the top speed, you’re about to see just how easily it is reached.

MINI claims that the John Cooper Works hardtop can only go as far as 246 km/h or 153 mph when it comes to straight line velocity but it’s not how high the speedometer needles goes that interests us but how fast it does it. As you’re about to see, the hot hatch is definitely in a rush, every time you decide to push it to the limit, reaching 200 km/h (124 mph) with ease. Unfortunately, in order to test out these things you either need to live in Germany or go to a track and to most people, those two choices aren’t exactly at hand.