Wouldn’t Detroit host an auto show without an impressive truck 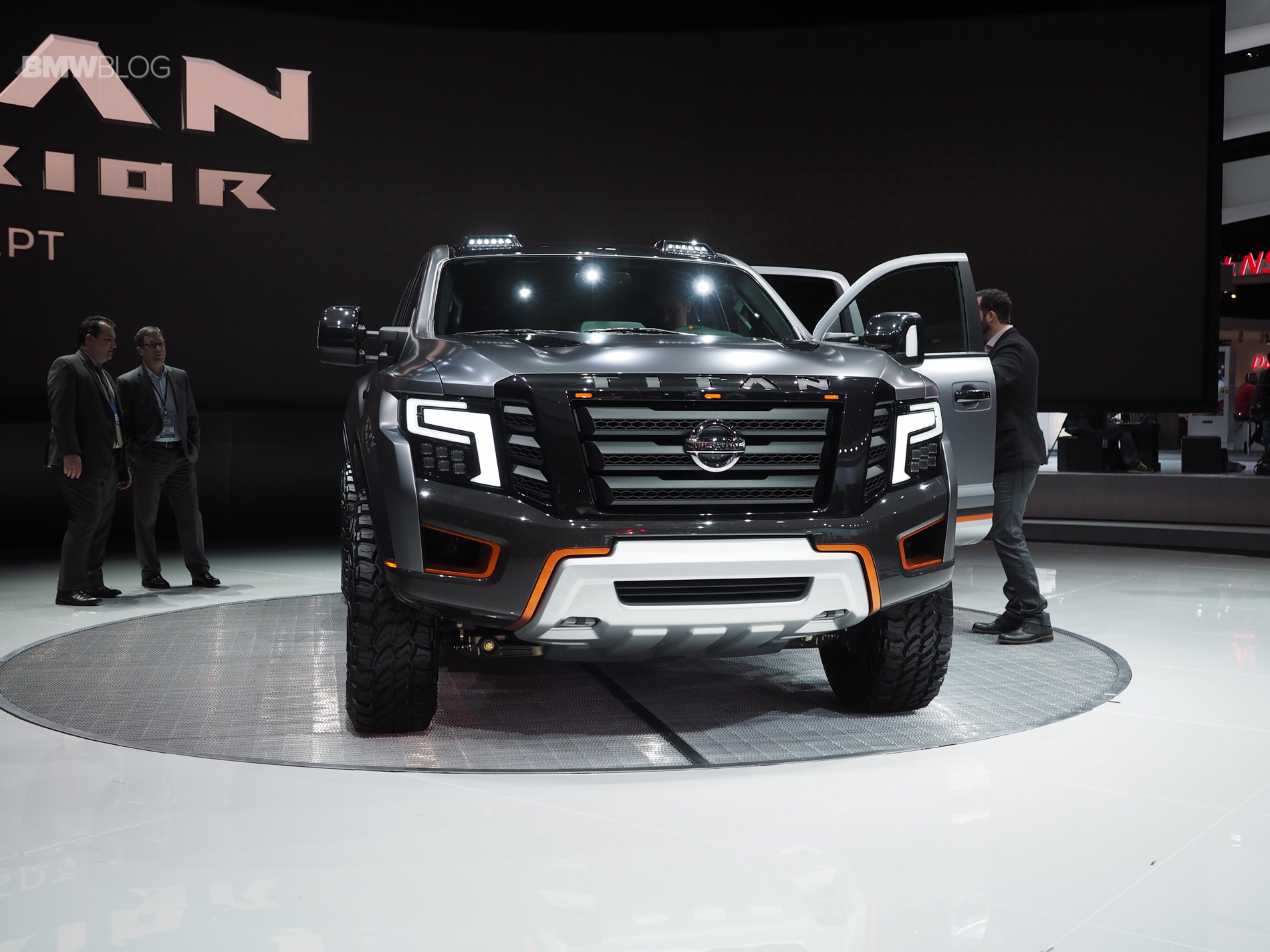 Nissan’s all-new Titan XD has yet to hit showroom floors but Nissan is already showing a new concept at the 2016 Detroit Auto Show – TITAN Warrior Concept.

The massive truck stands out with “unapologetic, aggressive, athletic styling” while featuring under the hood a Cummins 5.0-liter turbo diesel V8.

The body is three inches wider, and the grille is modified for a “more technical, menacing” look than the XD. All four fenders have carbon fiber flares, and the hood has functional vents. 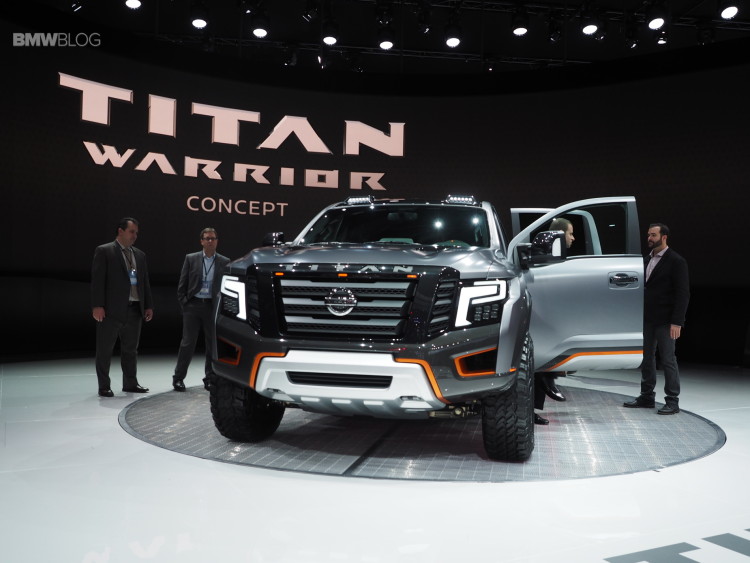 Cool LED lights are used giving the car that Transformer look. Carbon fiber was also used for the front and rear bumpers, as well as the the rear cab spoiler. 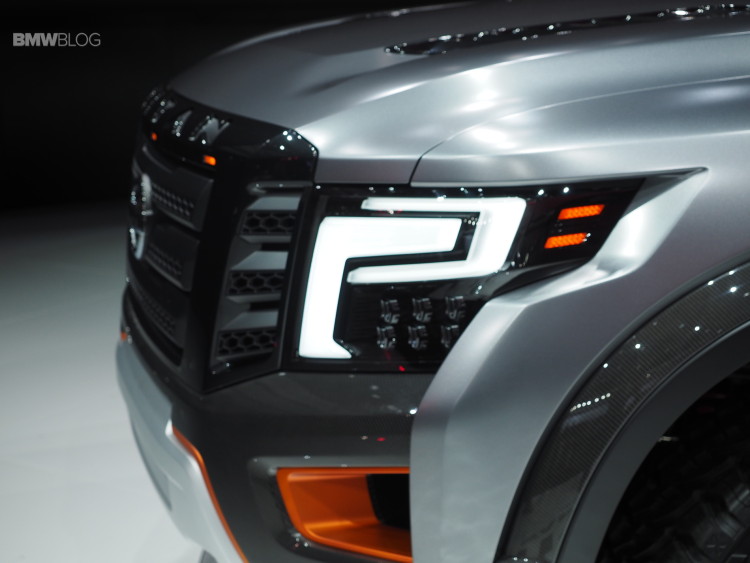 Nissan trimmed the cabin with such materials as carbon fiber, polished chrome, and leather with orange stitching. 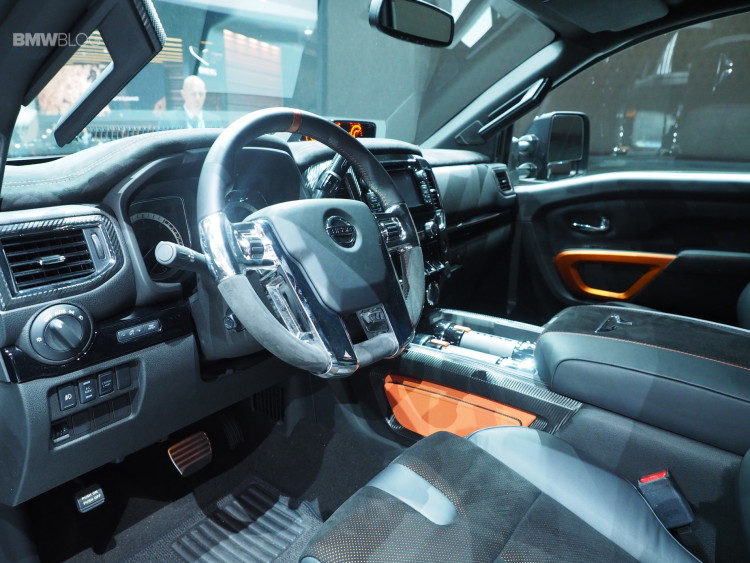 There is no word on when and if Nissan will built a production version of the Warrior, but the concept shows the potential of such truck. 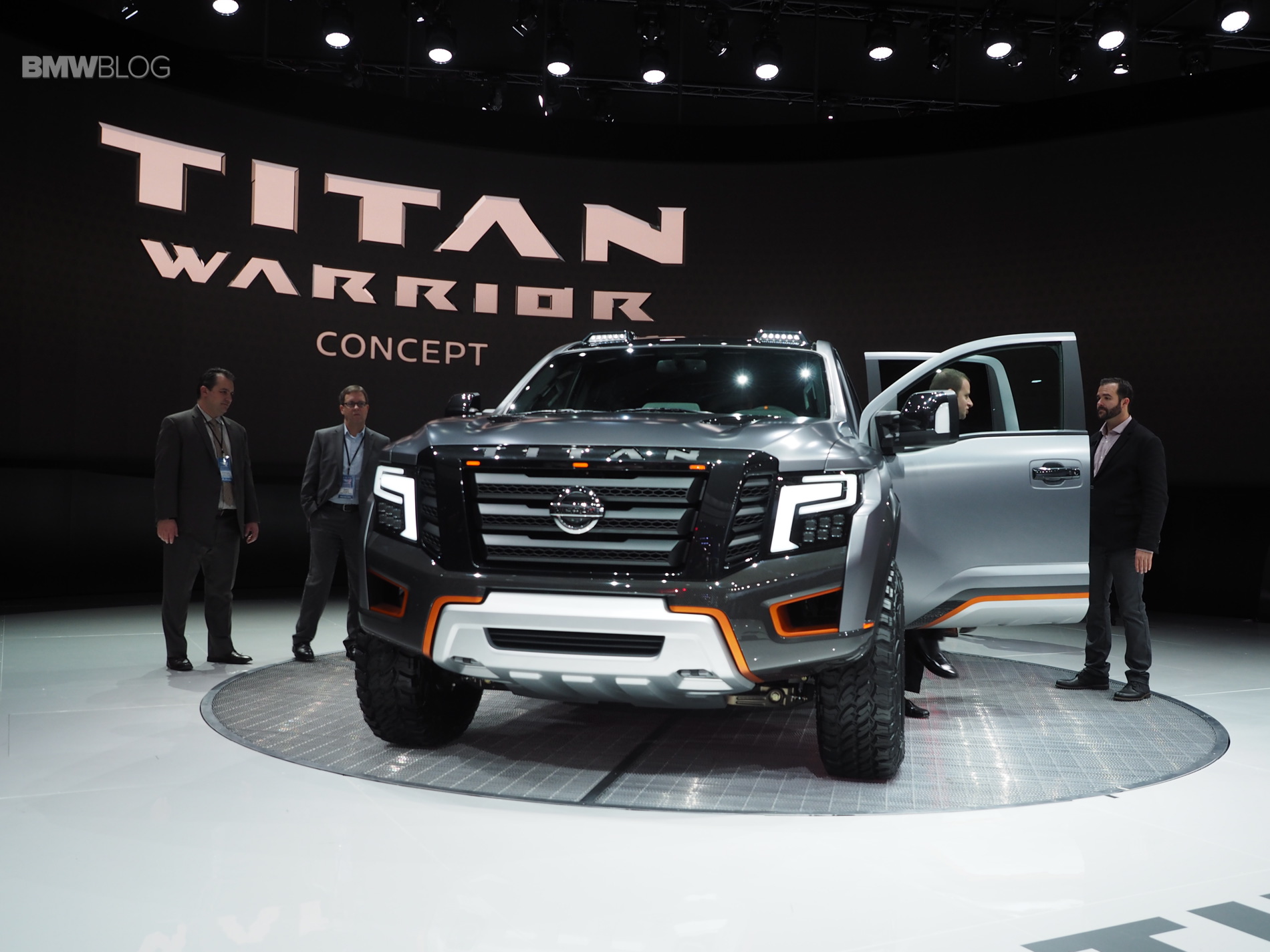 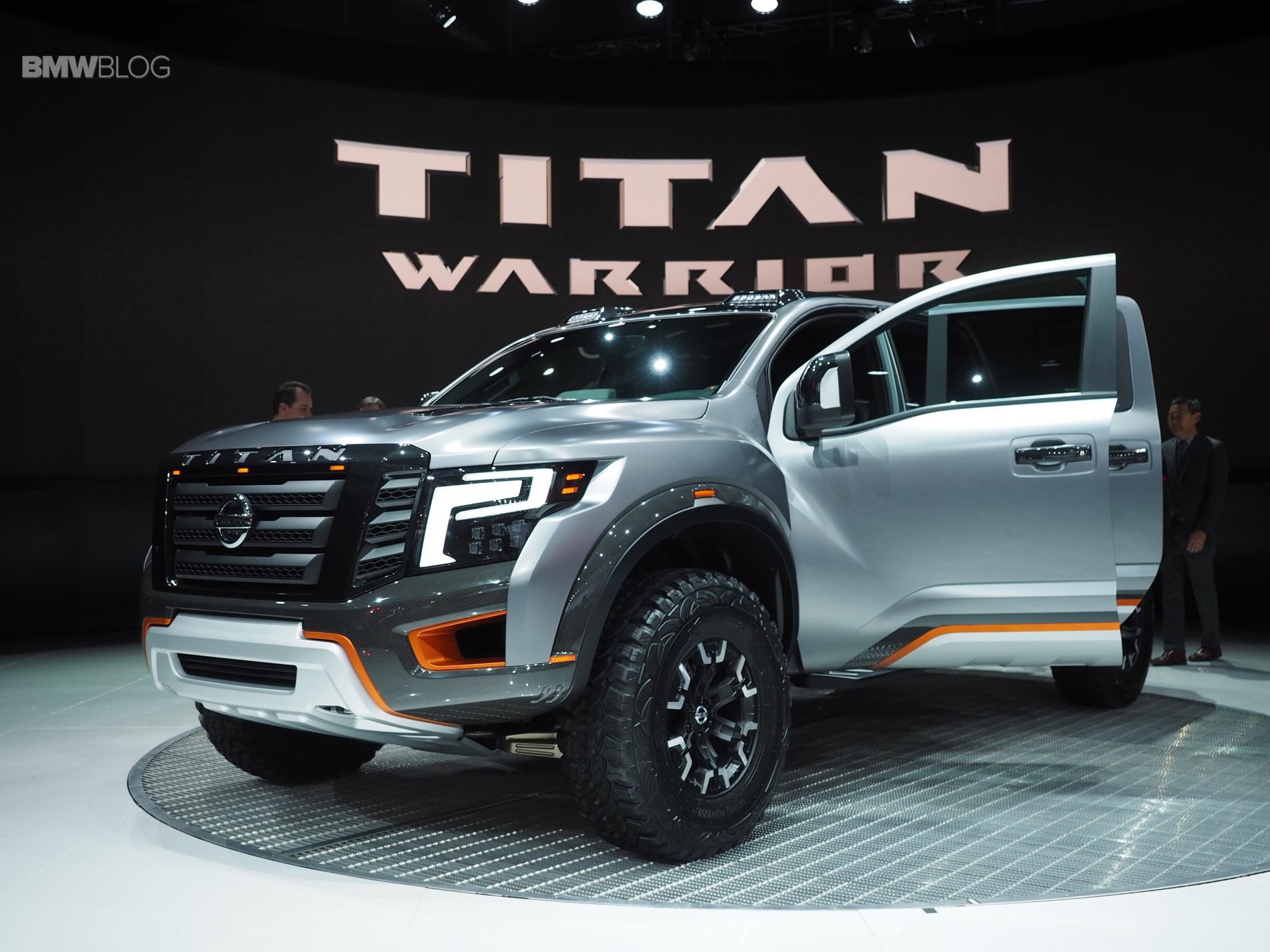 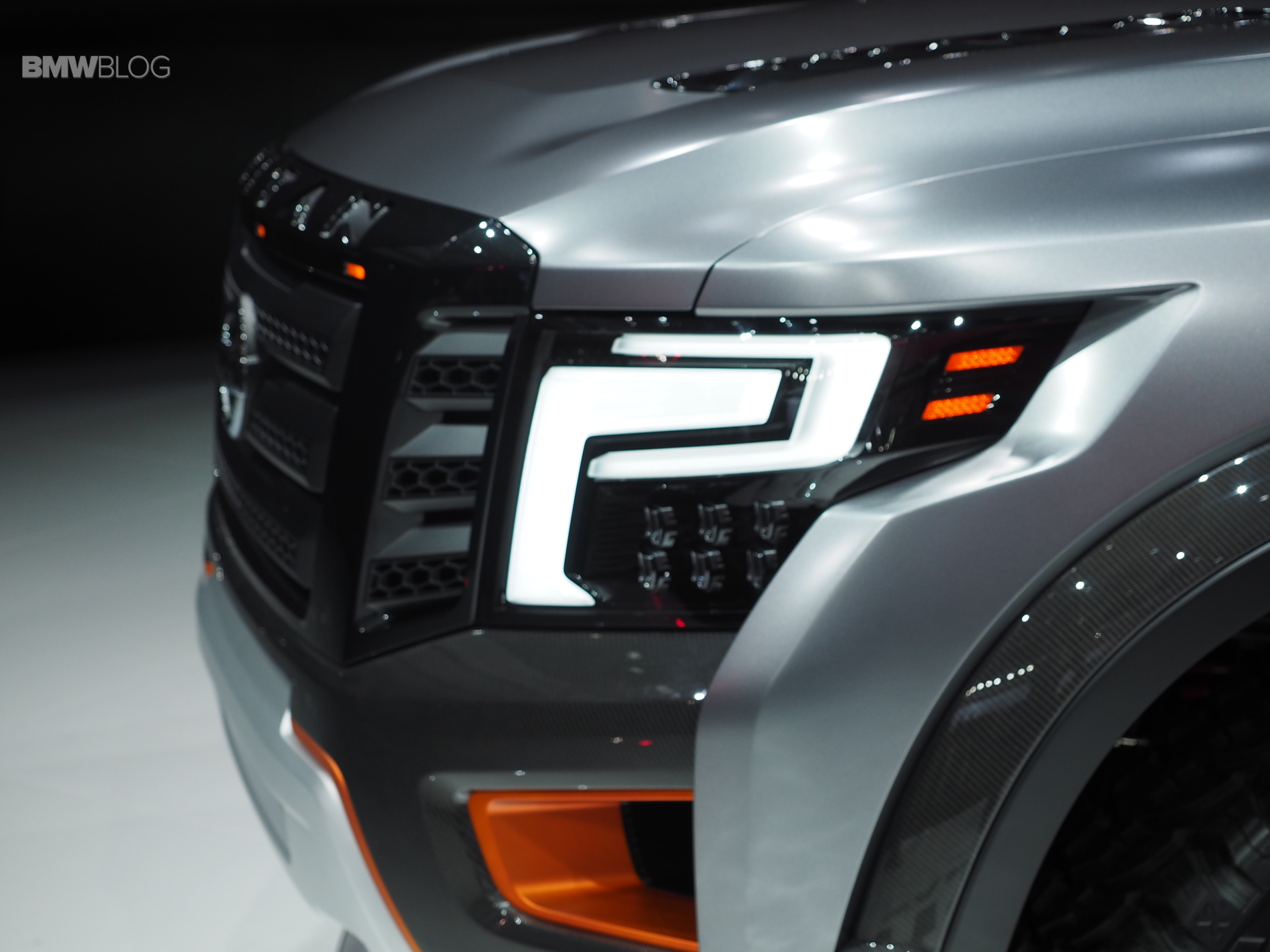 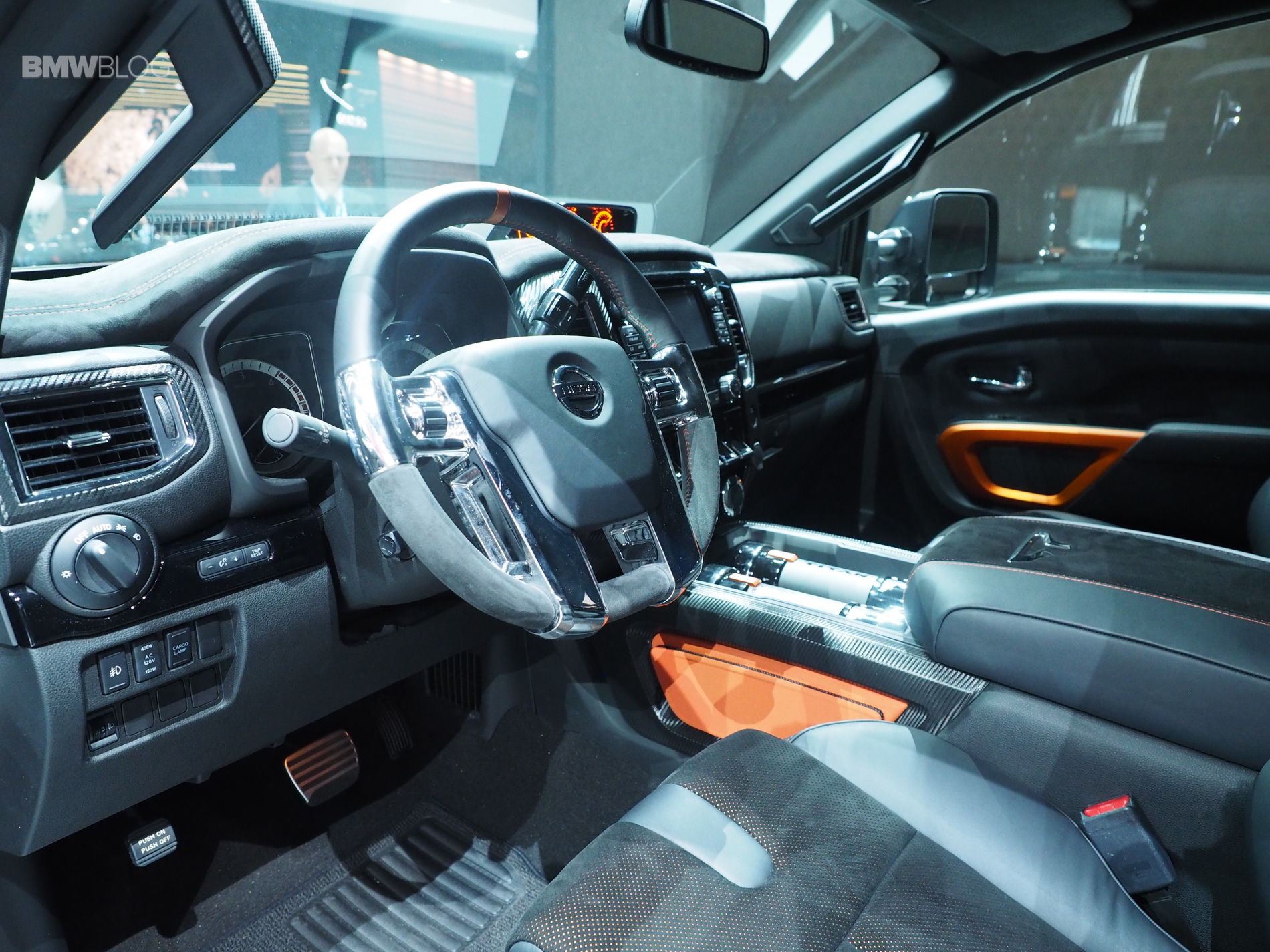 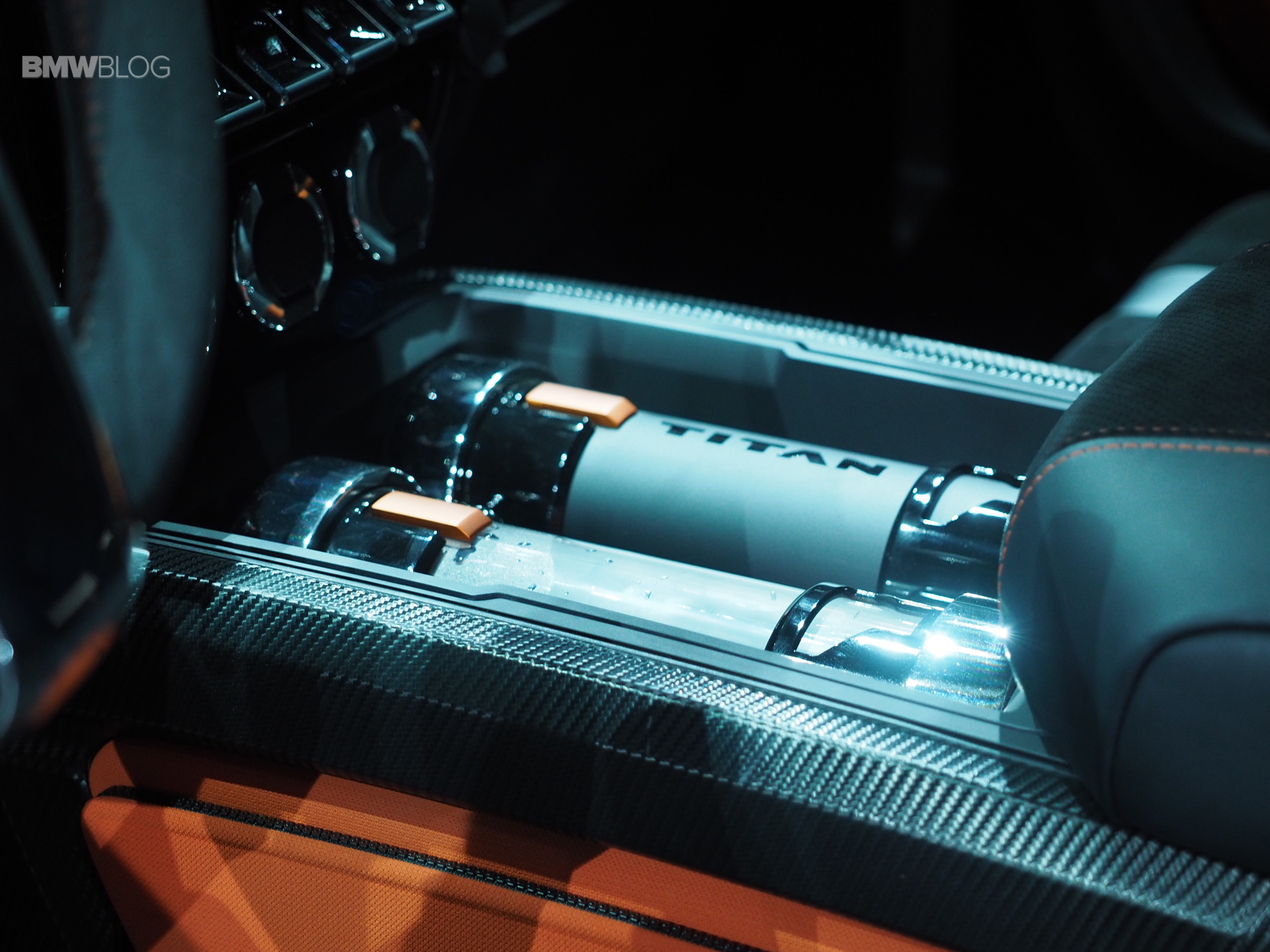 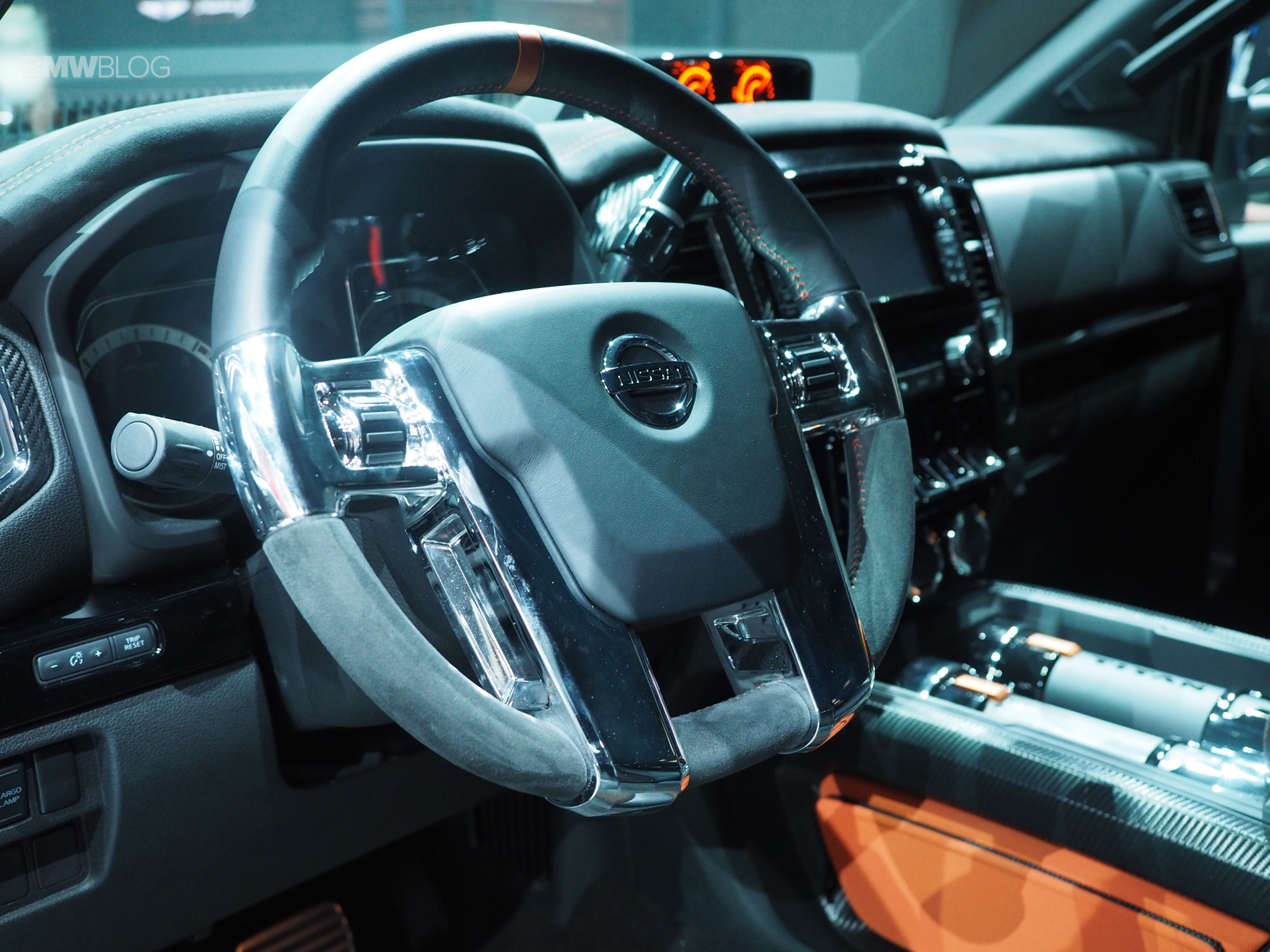 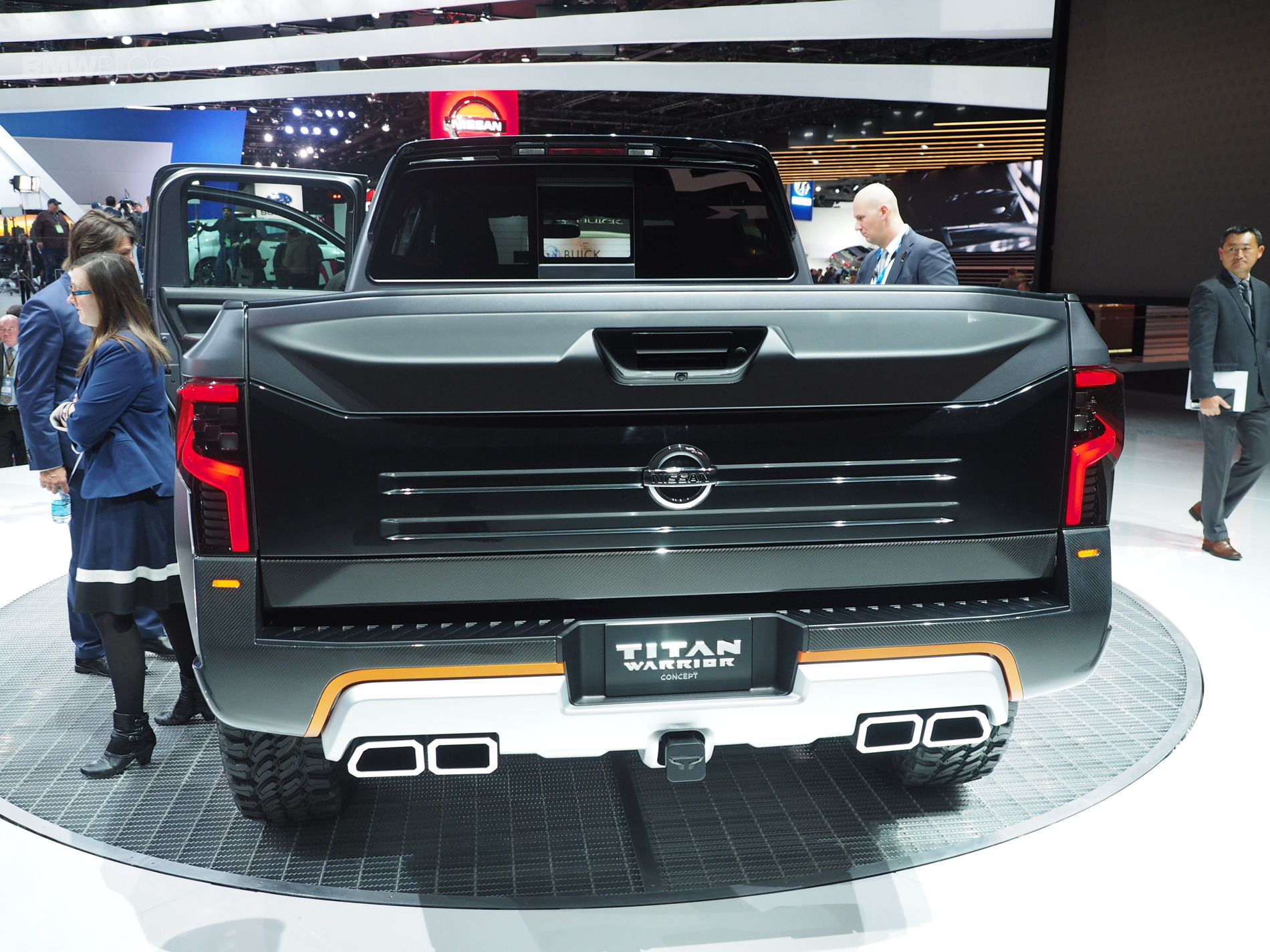 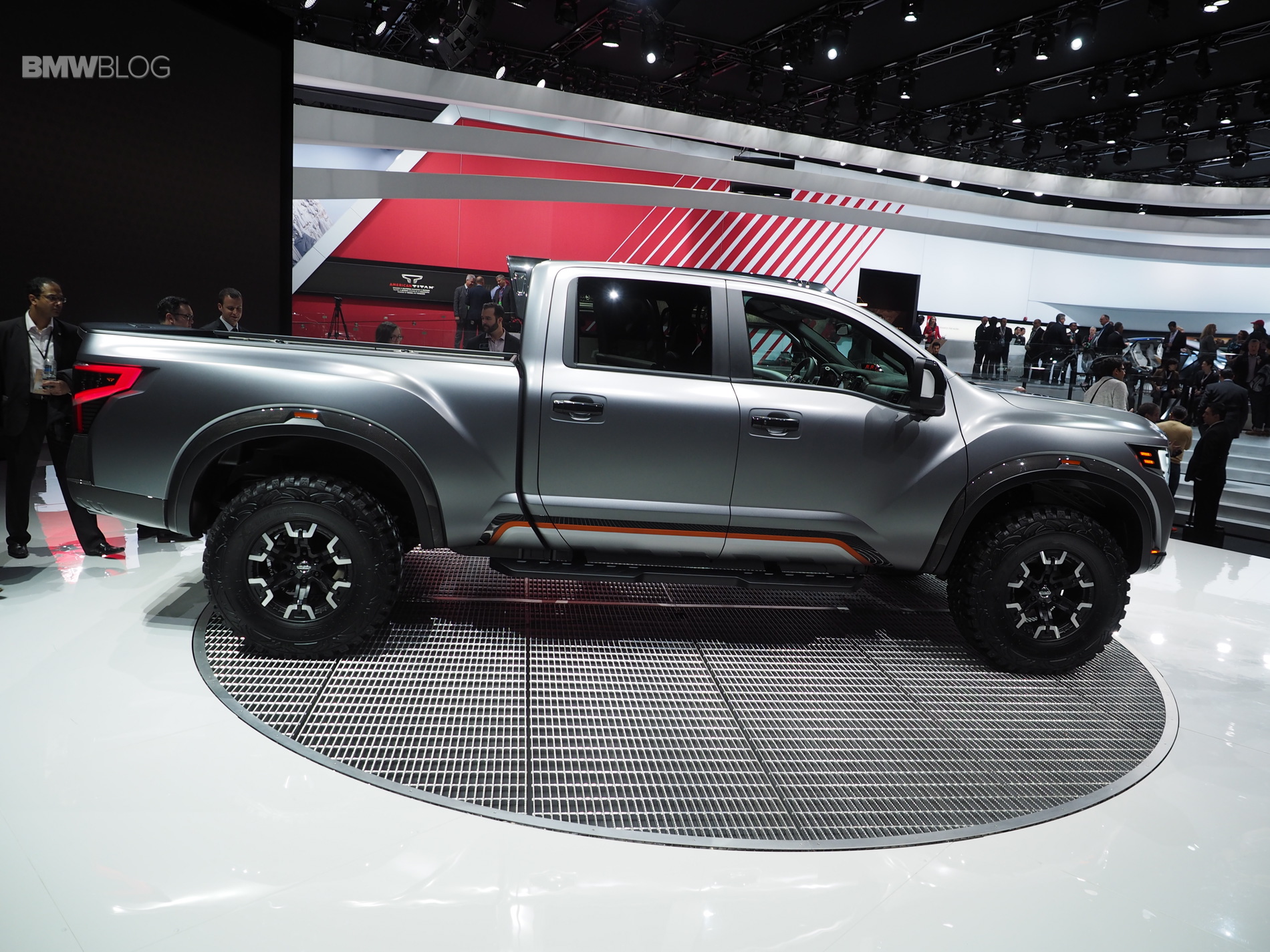 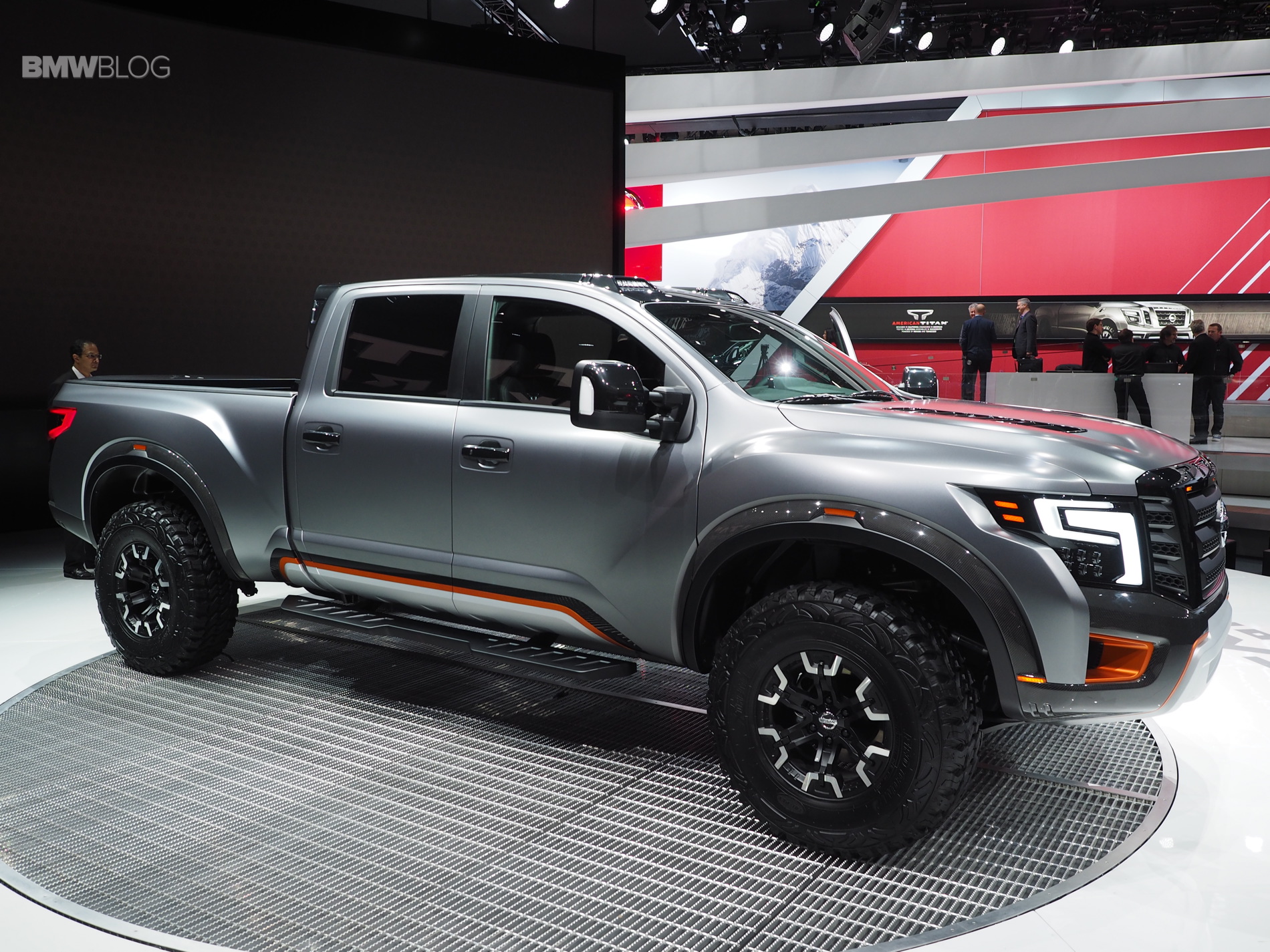