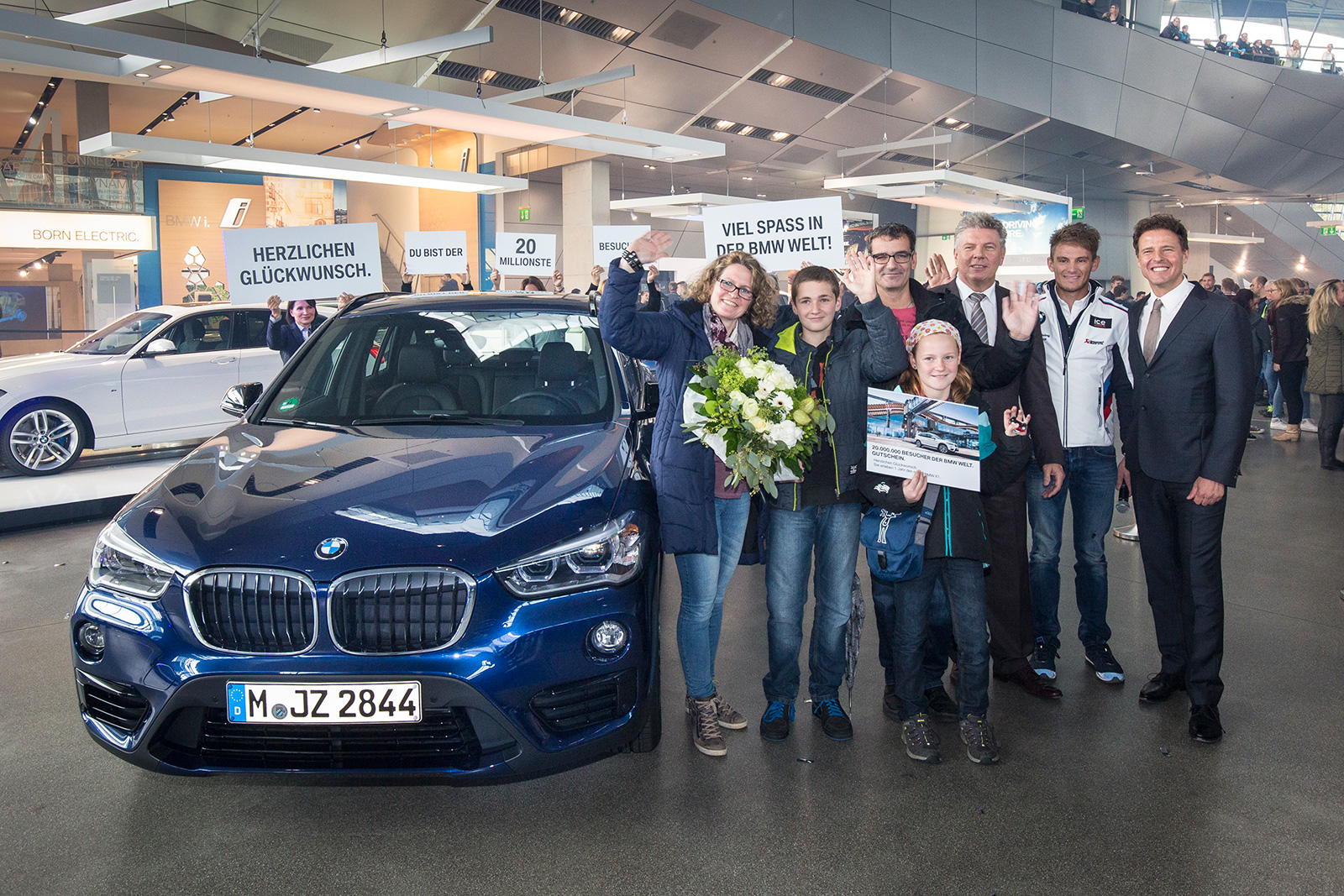 On Wednesday, precisely 12:08, almost eight years to the day since it opened, BMW Welt welcomed its 20 millionth visitor. Dieter Reiter, Mayor of Munich, and Helmut Käs, Head of BMW Welt, greeted the visibly surprised guests, the Wald family from Aachen. Visitors from all over the world sent their congratulations in video messages. On behalf of BMW Welt, the current German Touring Car Masters (DTM) champion, Marco Wittmann, presented a special prize to the guests of honor – the keys to a new BMW X1 which Mr. Wald can drive for one whole year.

Visitors and employees of BMW Welt witnessed a special occasion when the unsuspecting guests were welcomed shortly after midday by Helmut Käs and Dieter Reiter. This was an unforgettable experience for Christoph Wald, his wife Stefanie and his two children, Alina and Fabian. “BMW Welt is the shop window of the BMW Group. We are therefore delighted to welcome our 20 millionth visitors after only eight years. Our huge popularity among people from Germany and abroad underlines the attractiveness of the BMW Group and all its brands”, said Helmut Käs, Head of BMW Welt. 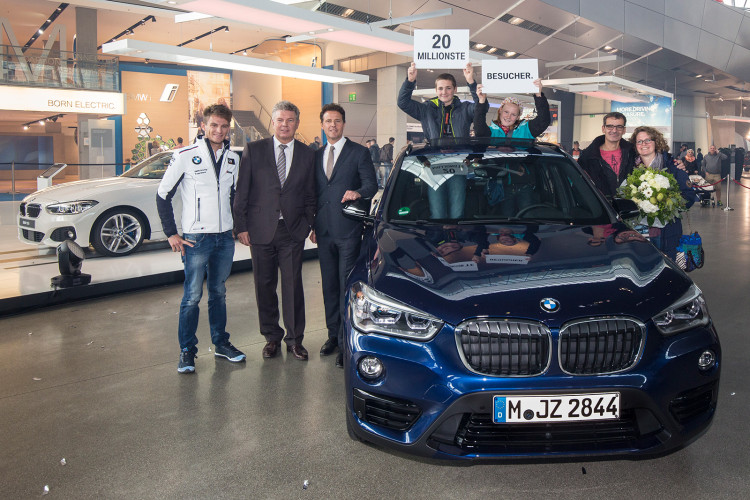 With more than three million visitors in 2014, BMW Welt is Bavaria’s most visited attraction and occupies a special place in the hearts of the Munich people, as Dieter Reiter, Mayor of Munich, pointed out in his speech: “In only a few years, BMW Welt has become a famous landmark in Munich. It stands for the attractiveness of this modern city and is contributing to the success of Munich as a tourist destination.”

The arrival of the guests of honor was accompanied by fireworks and congratulations from around the world. Representing all the 20 million visitors to BMW Welt, the Wald family received a very special thank-you. Marco Wittmann, the current DTM champion for BMW, surprised the guests of honor with a new BMW X1 that they can enjoy for one whole year.

20 million visitors from all around the world

Since it was officially opened in 2007, BMW Welt has become a real magnet for visitors in only a few years. Last year, BMW Welt established a new record with more than three million visitors. That is more than three and a half times as many as the 850,000 originally envisaged at the planning and construction stage. A good 30 percent of visitors are German. Most of the guests from abroad come from the USA, followed by Asia and the Middle East. Our neighbors Austria and Italy are also well represented. Around 35 percent of guests have visited BMW Welt more than once.

Throughout the year, in addition to the worlds of experiences of BMW, MINI and Rolls-Royce Motor Cars, BMW Welt offers a wide-ranging programme of events from the worlds of culture, art and entertainment, plus guided tours, excellent restaurants and the car handover experience.