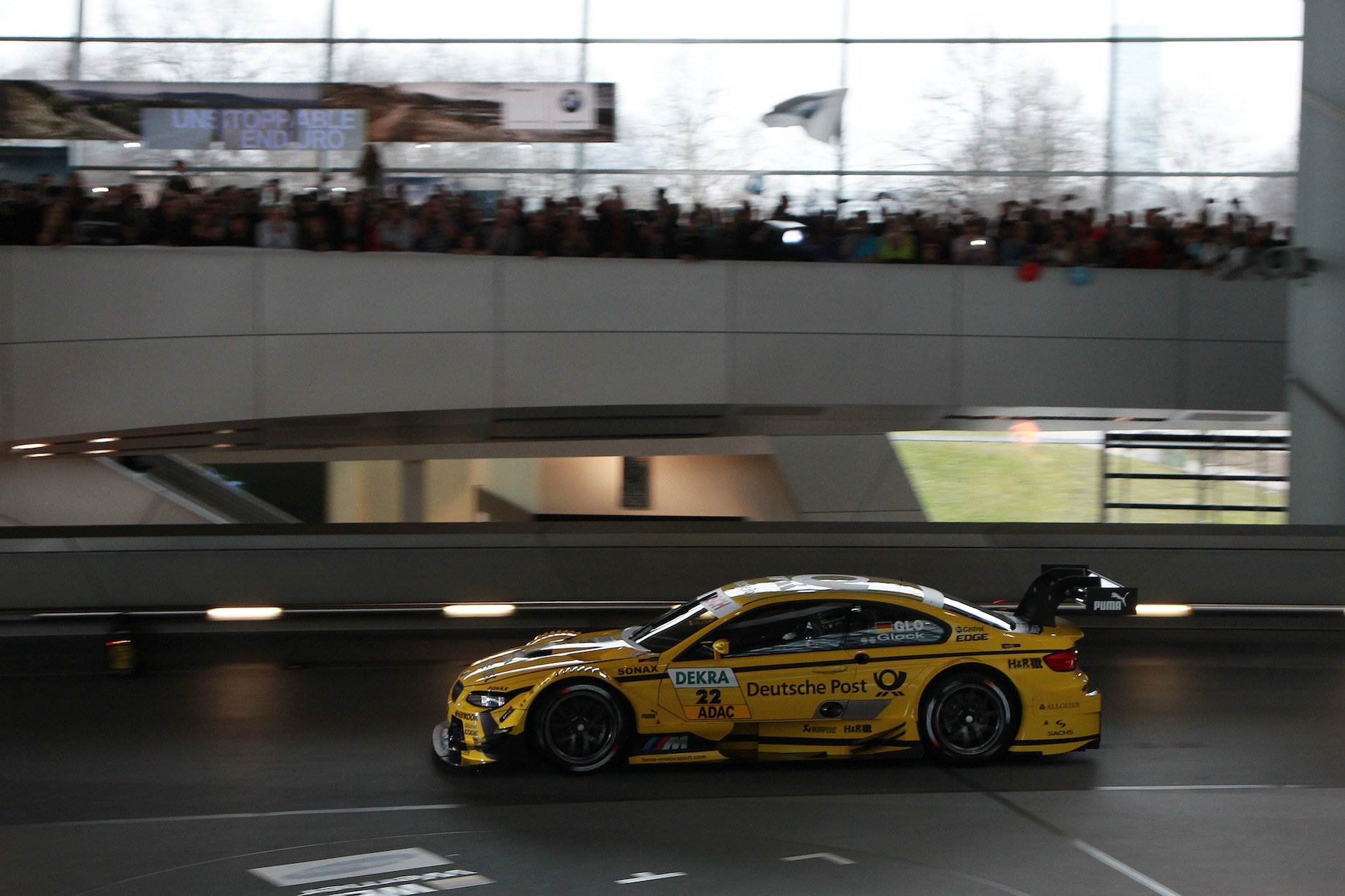 BMW Motorsport has passed another important milestone on the way to the start of the 2013 DTM season: On Saturday the BMW Welt in Munich (DE), located next to the company’s headquarters, was the stage for the spectacular launch of all eight BMW M3 DTM cars the reigning champions are going to contest the 2013 season with in the popular touring car series.

Usually, the “Premiere” in the BMW Welt is reserved for those BMW customers who have come to take delivery of their cars. But, some four weeks prior to the season opener, the BMW DTM drivers, Bruno Spengler (CA), Dirk Werner (DE), Augusto Farfus (BR), Joey Hand (US), Martin Tomczyk (DE), Andy Priaulx (GB), Marco Wittmann (DE) and Timo Glock (DE), along with their racing cars, took centre stage in the handover ceremony. 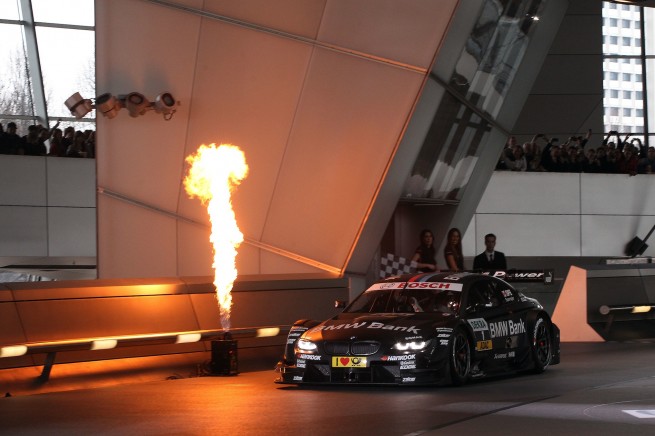 First of all Prince Leopold “Poldi” of Bavaria (DE) drove the classic first-generation BMW M3 DTM racing car onto the delivery area and, a short time later, BMW Motorsport Director Jens Marquardt and test and development driver Maxime Martin (BE) followed with this year’s BMW M3 DTM Safety-Car. Afterwards, the door of the elevator that usually takes the brand-new BMW production cars to the “Premiere” area for delivery to their new owners opened eight times – and eight times the drivers behind the wheels of their spectacular BMW M3 DTMs thrilled the 13,000 visitors in the BMW Welt by driving onto the stage in racy style. Due to the huge interest in the event, the launch was also transmitted live to TV screens in the basement of Bavaria’s most visited attraction. 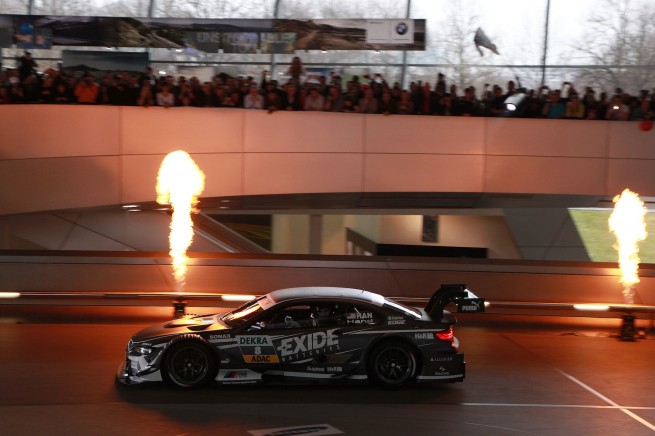 “For us it’s been heartwarming to give our loyal fans the chance of getting really close to the BMW DTM project. I’m sure none of those involved today will have witnessed a launch like this before,” Marquardt said following the event. “Seeing all the eight BMW M3 DTMs with their individual liveries side by side was something very special – and even more so in front of the impressive backdrop of the BMW Welt. The countdown has started to the second season after our DTM comeback, and it’s easy to see all our drivers can’t wait for the first clash of the year. To date, we are very happy with our preparations. In the test next week we will focus on the fine-tuning. And then, as the defending champions, we will be happy to once again battle it out with our strong competitors in this hard-fought series. I expect a close season that will be extremely thrilling for the spectators, and today’s launch represented the perfect preparation for things to come.”

DTM Champion Spengler was also thrilled and said: “Taking delivery of my BMW Bank M3 DTM for the 2013 DTM season here in the BMW Welt like a BMW customer was a really unusual feeling. I can fully understand why this moment is such a fascinating experience for them. I’m still of the opinion my matt-black car looks just sensational. It brought me luck and the title in 2012, and now I’m extremely motivated to be successful again this year with BMW Team Schnitzer.” 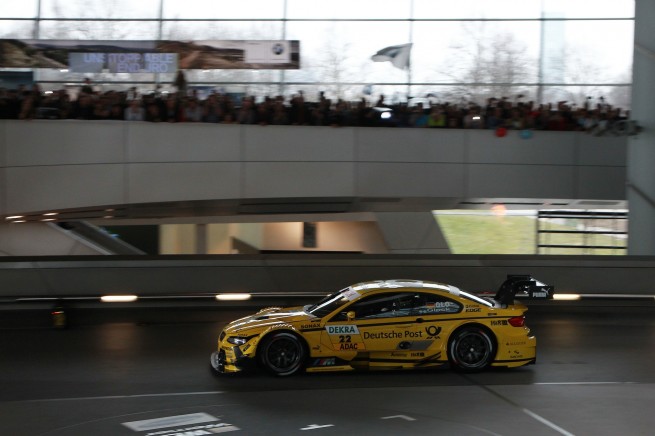 “I have already witnessed several events in the BMW Welt,” added BMW Team RBM’s driver, Farfus. “But to drive my Castrol EDGE BMW M3 DTM out of the elevator was a truly unique feeling. We have a strong team and everybody just can’t wait for the season to start.”

On Friday the drivers had visited the BMW Plant Munich, writing countless autographs and taking a look behind the scenes of this impressive facility. Right after the event in Munich the eight BMW drivers will hit the road to Hockenheim (DE) for the final pre-season test. There from Tuesday to Friday BMW Motorsport and its teams will continue to complete their preparation programme for the first of the season’s ten rounds. 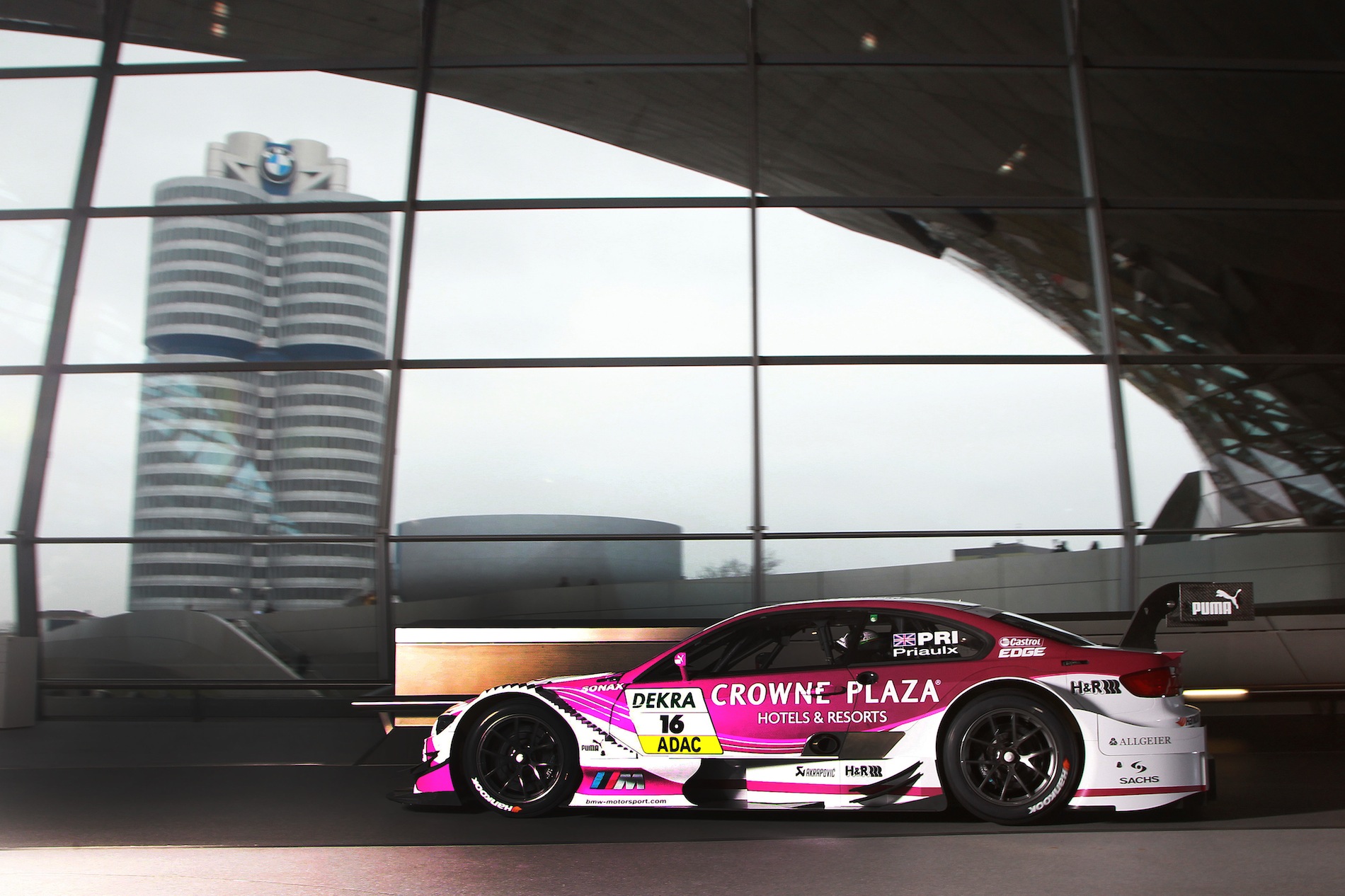 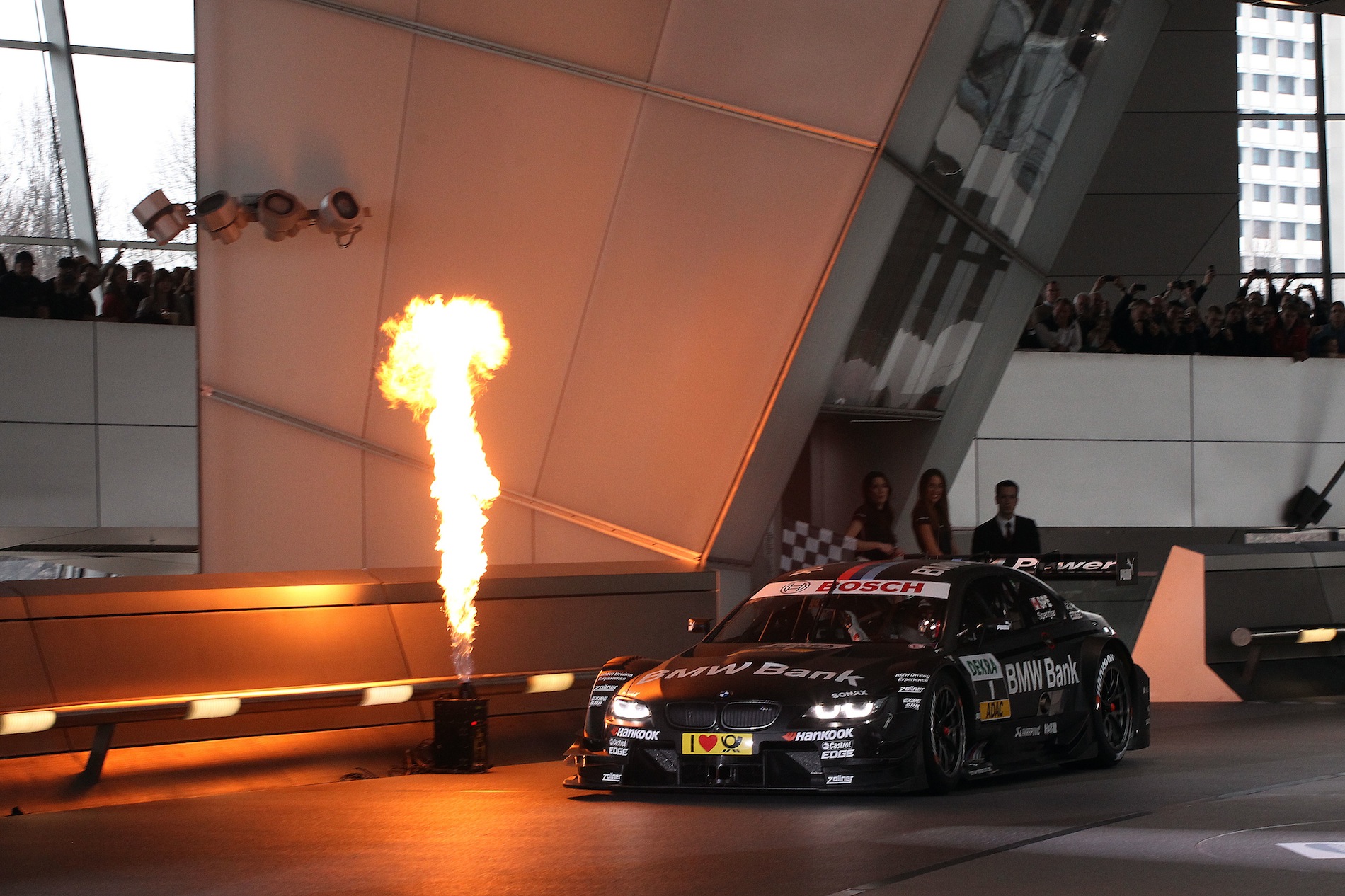 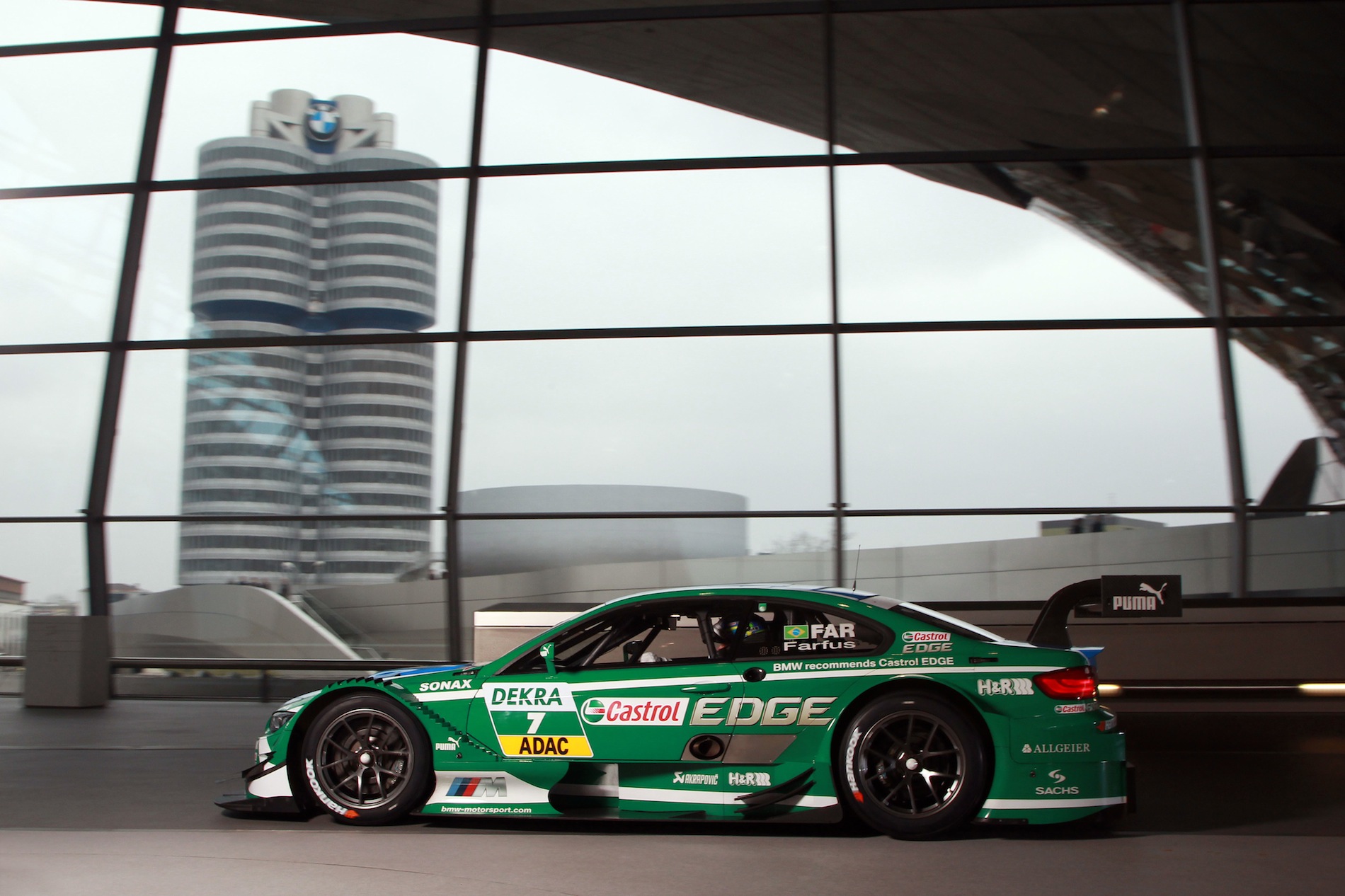 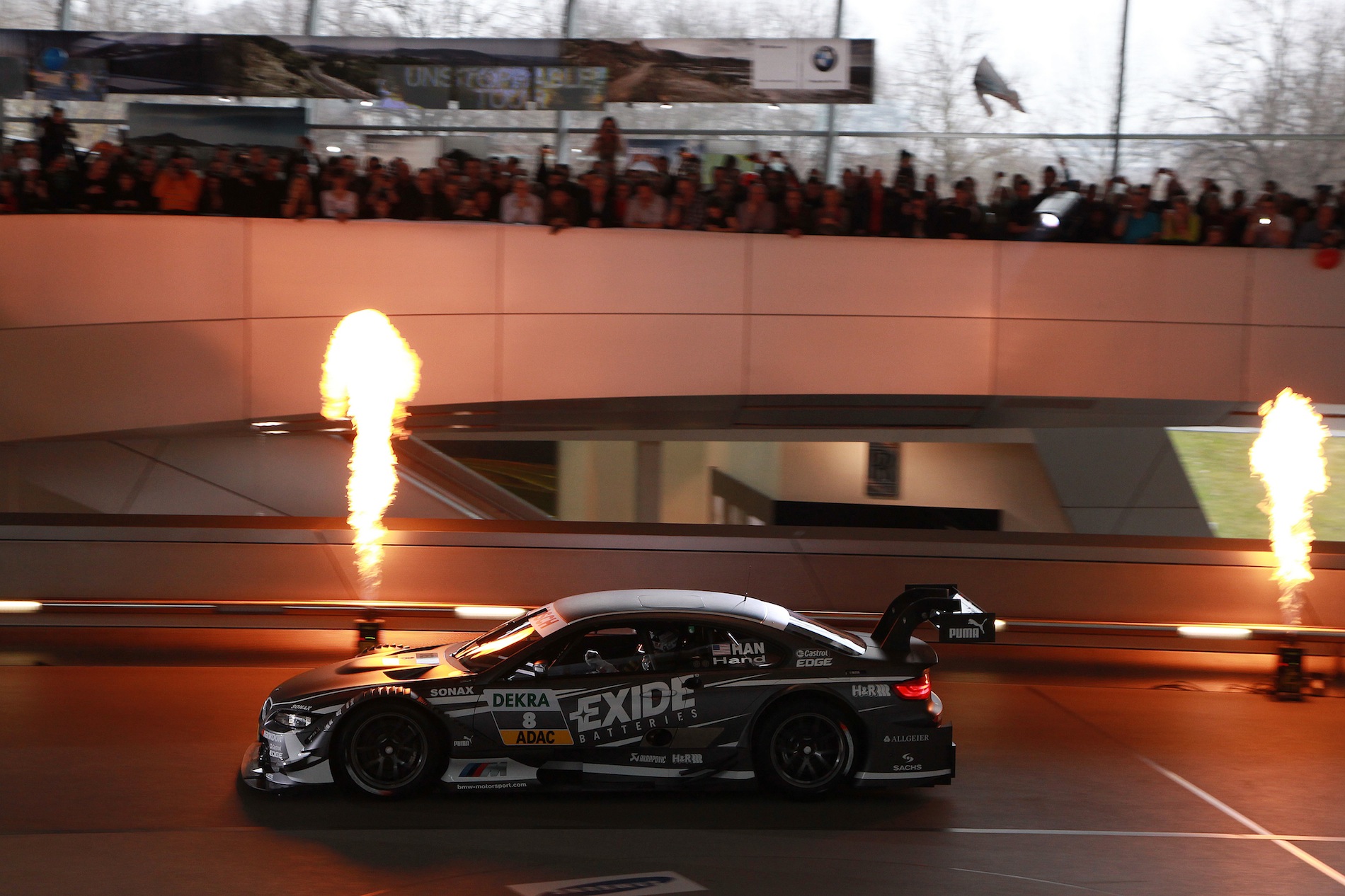