BMW Super Bild Of The Day: ALPINA B7

Home » BMW Super Bild Of The Day: ALPINA B7 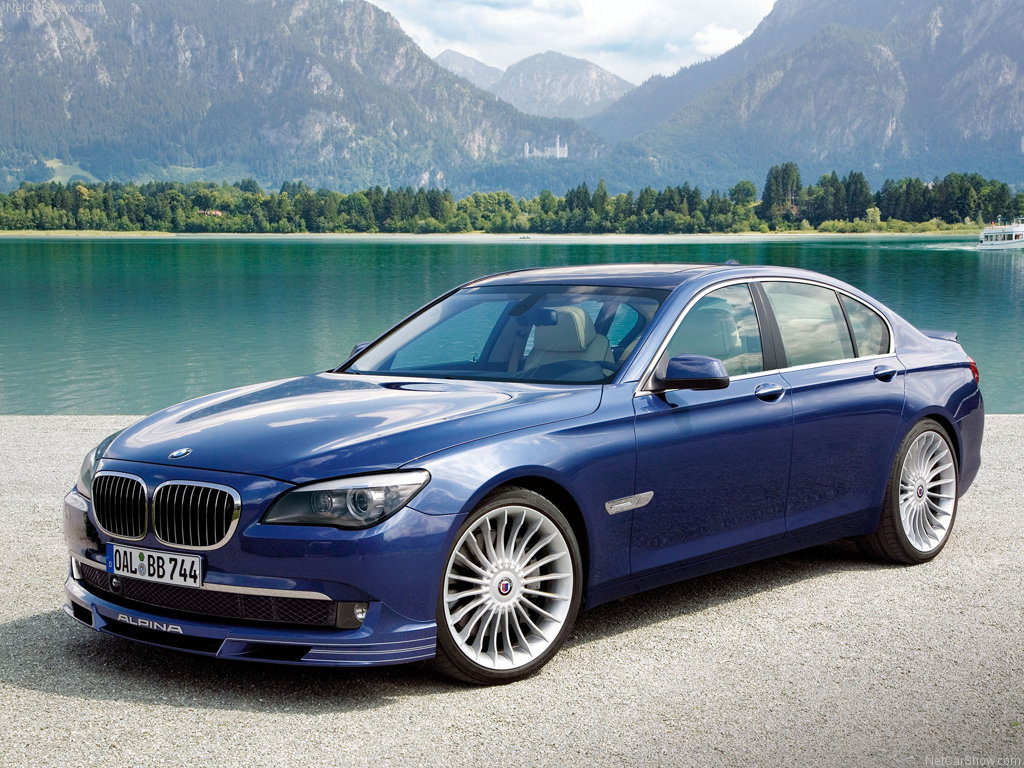 The B7 is produced at the same assembly line in Dingolfing,Germany, along with BMW’s own 7-Series. For the 2011 model year, the B7’s twin-turbo 4.4-liter V8 is assembled by hand at ALPINA’s facility in Buchloe,Germany, before being shipped to BMW for installation. After, the assembled vehicle is then sent back to ALPINA for finishing touches.

The B7’s engine, derived from the BMW N63 that is found in the standard BMW lineup, matches the BMW 750i in fuel economy despite increased performance, plus its lighter weight than the 760Li’s V12 engine gives the B7 considerably better weight distribution and handling. 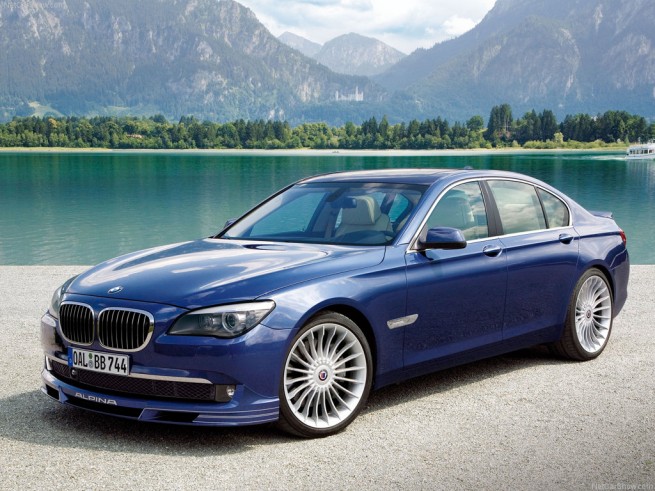 Two specially constructed for ALPINA turbochargers with generously-dimensioned turbine vanes are responsible for the forced induction. Thorough exploitation of the engine’s potential was achieved by means of optimizing the indirect intercooler (air-water/water-air) with its short intake paths and flow-optimized intercooler tracts.

High-performance pistons are at work in the cylinders, carefully developed to harmonize with a compression of 9.2:1 and a maximum turbo boost of 1.0 bar.  The result is a formidable specific output of 115hp (85kW) per liter, with a maximum average compression of 20.1 bar, a benchmark even amongst established sports cars

Dynamic, graceful and potent – the silhouette of the B7 Bi-Turbo is significantly influenced by the evolutionary new design of the 21” ALPINA CLASSIC wheels. A turbine-like three-dimensional curve guides each of the 20 spokes from the centre of the wheel to the rim, at which point they have a milled surface. Depending on the angle of the viewer, the rotational speed of the wheels and the light, the appearance of these classic wheels is constantly changing. Of course they continue to possess the refined tire air valves, safely and attractively hidden away behind the lockable wheel covers

At the present, the only ALPINA car offered in the USA has been the Alpina B7. BMW of North America offered 800 Alpina B7s as limited edition models for 2007 and 2008, which all quickly sold out. The F01 B7 was offered again for the 2011 model year in the US, with approximately 500 vehicles (half of the annual production of the B7) with a choice of rear-wheel drive or all-wheel drive and/or a standard or long wheelbase.

4 responses to “BMW Super Bild Of The Day: ALPINA B7”