“Sneak Preview” in Heidelberg: the BMW M Performance Accessories M3 DTM was presented to selected members of the public, consisting of BMW customers and guests, in Autohaus Krauth in Heidelberg this evening. Two days before the car makes an appearance as part of the season-ending DTM event at the neighbouring Hockenheimring, selected members of the public were given a glimpse of the new livery and traditional M colours.

“Old-school DTM fans will recognise from the typical BMW M stripes that the appearance is based on the original BMW M3 cars from the ‘old DTM’. We are very proud of this design. It is both traditional and modern in equal measures. It shows our roots, but in a contemporary style,” said BMW Motorsport Director, Jens Marquardt, at the unveiling of the BMW M Performance Accessories M3 DTM. Marquardt continued: “The car’s aerodynamics were developed in close collaboration with the engineers from series production. The BMW Group boasts impressive resources in this field and the wind tunnels are ultra-modern. This – and the Title Partner BMW M Performance Accessories – shows that the entire company is behind the 2012 DTM project and is working hard towards it.” 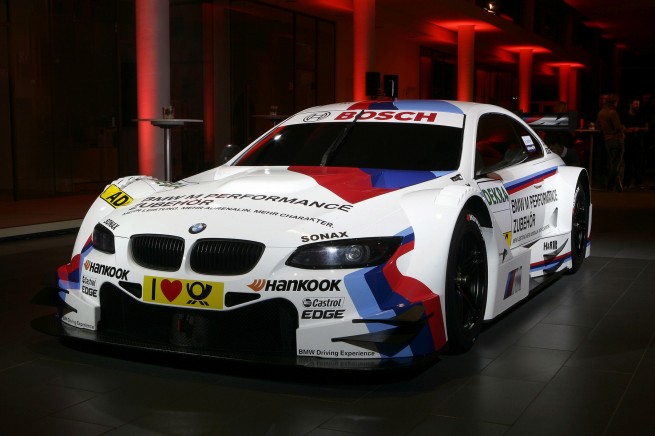 Host of the evening at the Heidelberg branch of the BMW and MINI Krauth Group was the Krauth family. The Krauth sisters and Marc-Stefan Tepe, Managing Director of the Heidelberg business, are all looking forward to the incoming year. Tepe said: “It is great how the BMW M3 DTM bears such an obvious resemblance to its brother in the production series. That is what is so nice about the DTM: the fans can recognise their car on the racetrack. This link to production is obviously also important for us BMW dealers, as is the partnership with BMW M Performance Accessories. Motorsport is quite simply in the genes of BMW, and that allows the customers to bring that motorsport feel to their BMW car.” The BMW M Performance Accessories range provides numerous possibilities of enhancing the already superb dynamics and fascinating aesthetics of BMW models. The DTM provides the optimum environment for sporty BMW M Performance Accessories, and represents a transfer of know-how in accessories development.

Together with the other two manufacturers involved in the series, BMW will complete demonstration laps with its new cars directly before and after the final race of the 2011 DTM season.

The BMW M3 DTM was revealed to the public for the first time at the DTM event in Munich on 15th July. Since then, BMW Motorsport has completed numerous successful test sessions with the newly developed car. BMW will be represented by three teams in the DTM in 2012, each running two BMW M3 DTM cars: BMW Team Schnitzer, BMW Team RBM and BMW Team RMG. Two BMW drivers have already been confirmed for 2012, in the form of Andy Priaulx (GB) and Augusto Farfus (BR). 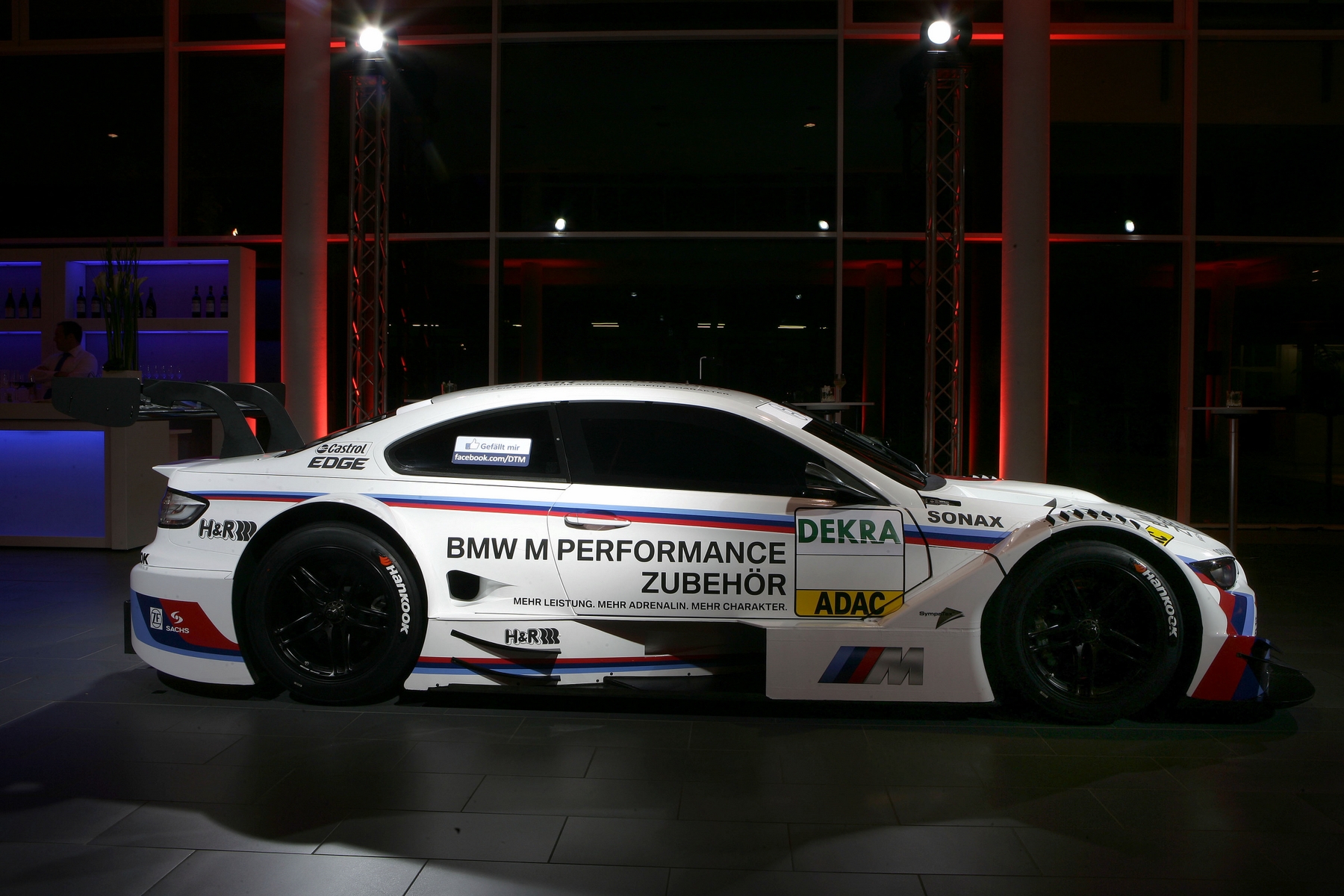 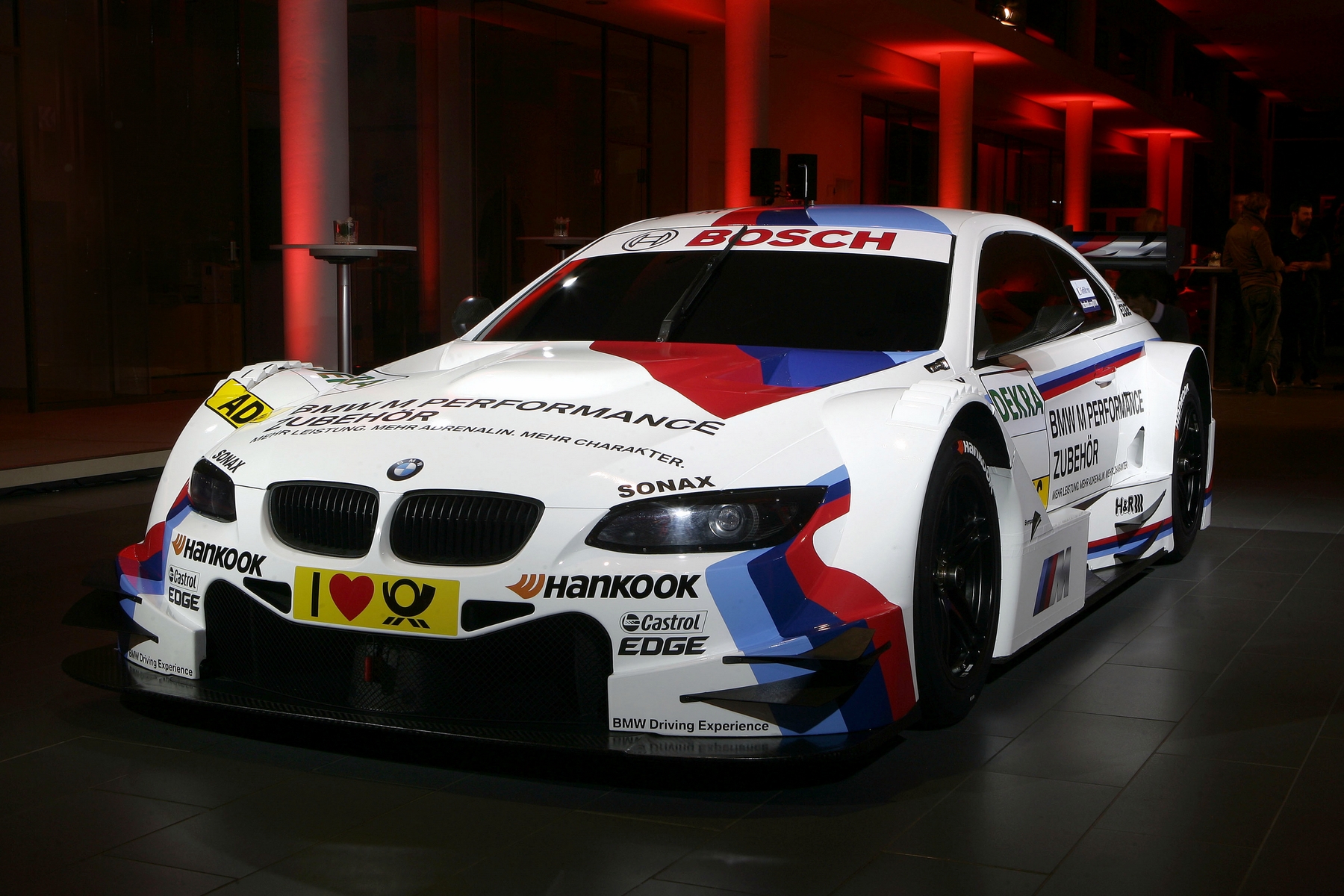 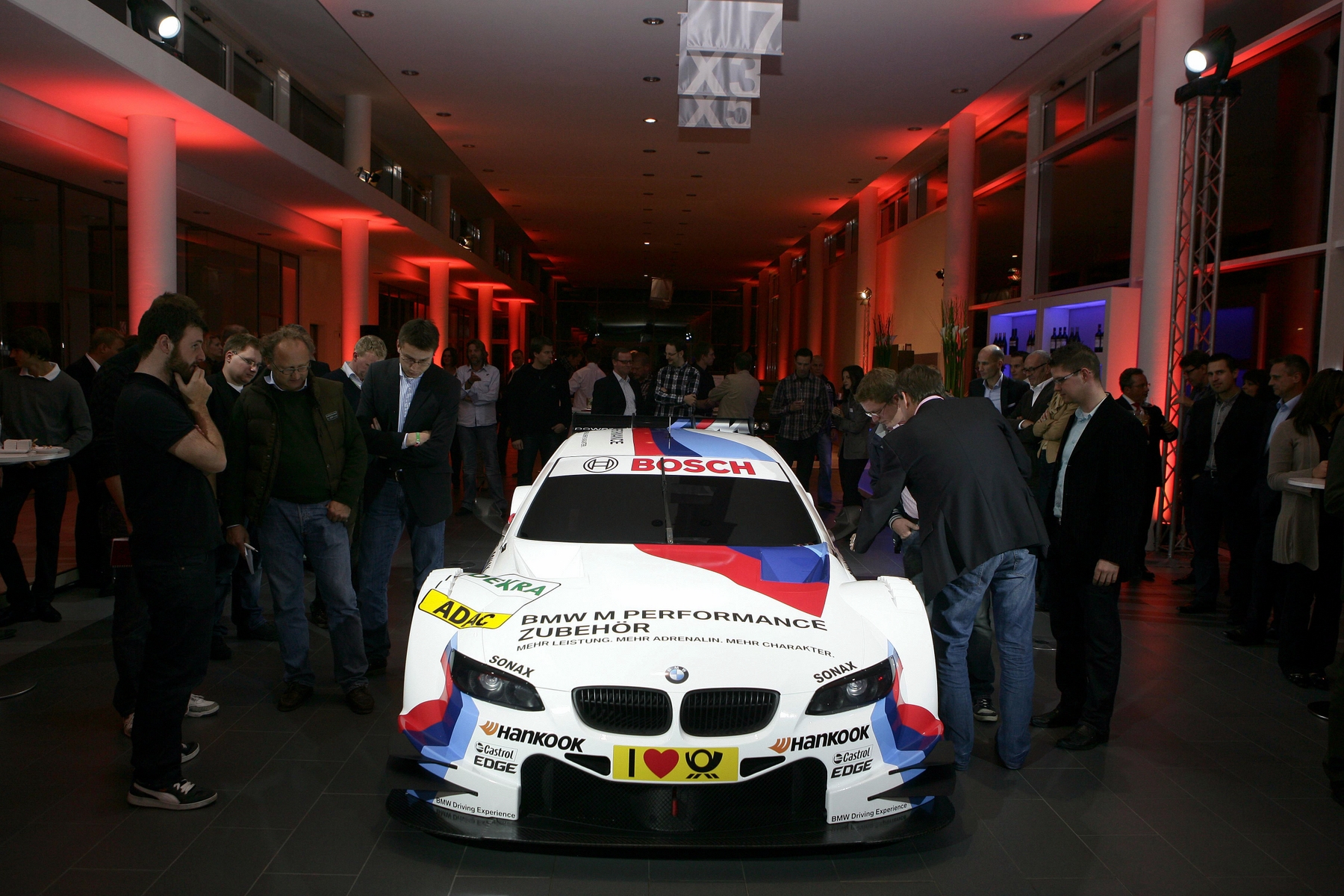