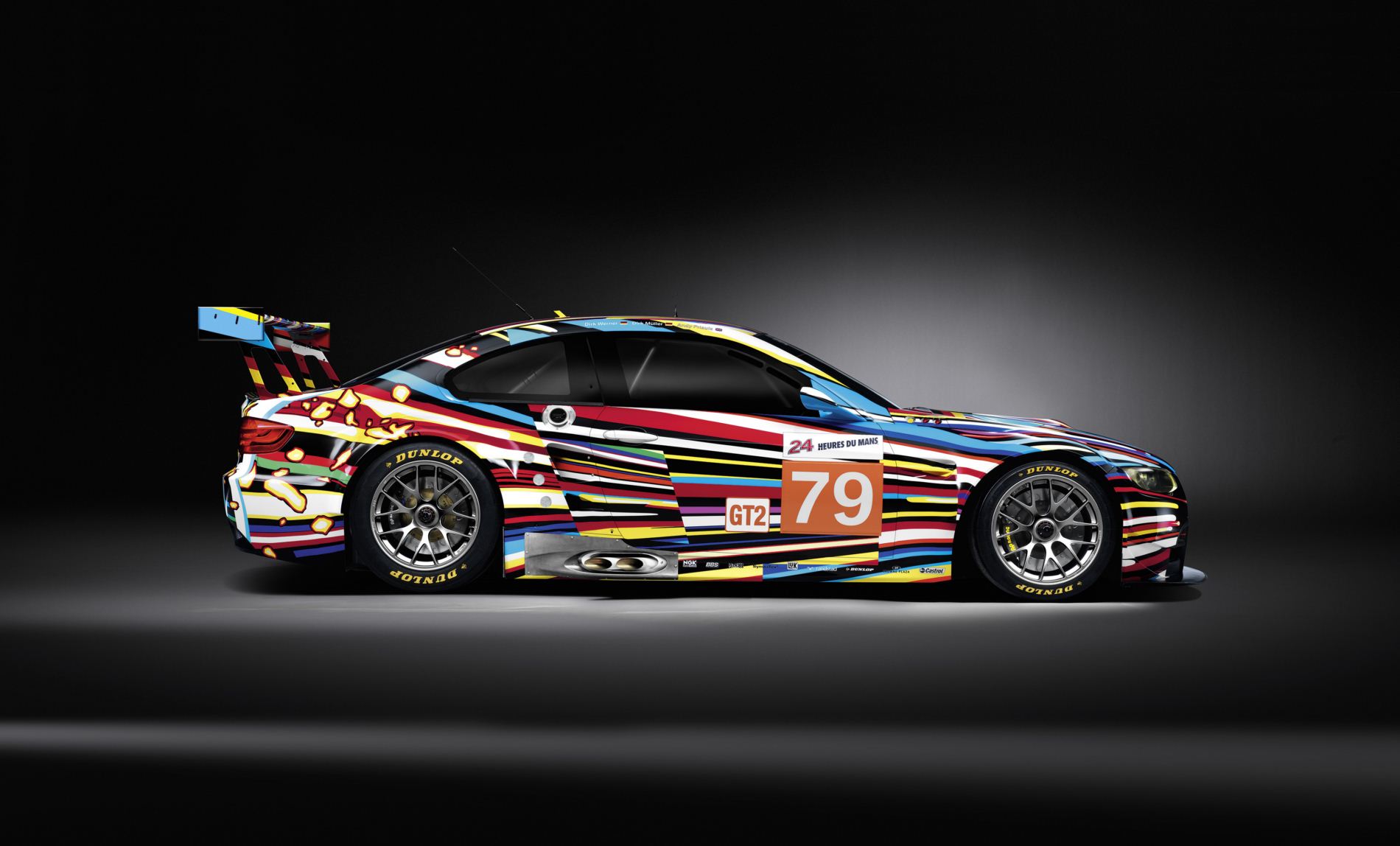 Press Release: On June 12 at three in the afternoon the legendary the 24 Hours of Le Mans will officially begin. A highlight will surely be the participation of the Jeff Koons’ 17th BMW Art Car which has been presented in Paris just a week before. In April 2010, BMW Motorsport Director Mario Theissen announced the driver line-up for the 24 Hours of Le Mans. Andy Priaulx (GB), Dirk Müller (DE) and Dirk Werner (DE) will race the BMW Art Car #79. Jörg Müller (DE), Augusto Farfus (BR), Uwe Alzen (DE) will drive the BMW Le Mans car #78.

The 24 Hours of Le Mans is the world’s oldest endurance race in all of sports car racing, held annually since 1923 near the town of Le Mans, Sarthe, France. Commonly known as the Grand Prix of Endurance, it is organized by the Automobile Club de l’Ouest (ACO) and runs on a circuit containing closed public roads. The race is designed not only to test a car and driver’s ability to be quick, but also to last over a 24-hour period. 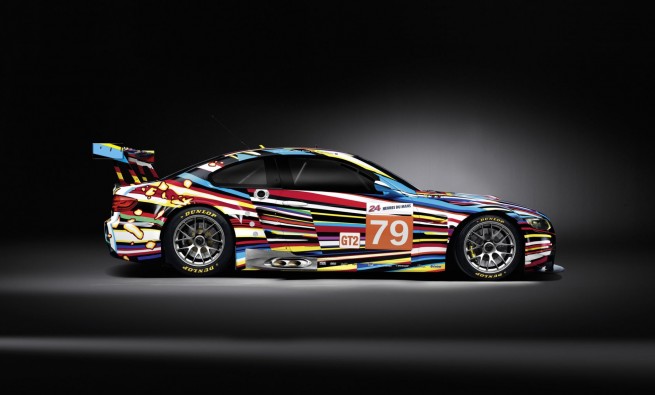 Derived from the BMW M3 high-performance sports car, the BMW M3 GT2 boasts a 4.0-liter V8 engine with a maximum output of 500 bhp, an upgraded chassis, racing-caliber brakes, and extensive use of lightweight materials.  Able to reach 100 km/h in 3.4 seconds, the BMW M3 GT2 is rapidly emerging as a real first year contender at this year’s event.

For the Comeback at 24 Le Mans BMW Motorsport is supported by numerous successful partners. This is why the BMW M3 GT2 will be labeled with the logos of Castrol, Crowne Plaza, Dunlop, Randstad, Sympatex, LuK, H&R, BBS and NGK for the race on the “Circuit de la Sarthe”.

At the premiere of the 17th BMW Art Car Jeff Koons unveiled and signed his car in front of 300 international VIP guests on June 1 in the Centre Pompidou, one of the world’s most prestigious cultural institutions for modern and contemporary art. It is the same place where Roy Lichtenstein back in 1977 first presented and signed his Art Car.

In the spirit of Calder, Stella, Lichtenstein, Warhol, BMW announced this year that the 17th Art Car created by Jeff Koons will race where the first rolling pieces of art by legendary artists raced – at the 24 Hours of Le Mans in France on June 12-13, 2010. Koons’ canvas is a BMW M3 GT2, which was homologated to compete at this year’s running of the world’s most famous endurance race.

As part of his creative process, the artist collected images of race cars, related graphics, vibrant colors, speed and explosions. The resulting artwork of bright colors conceived by Koons is evocative of power, motion and bursting energy. Its silver interior along with the powerful exterior design, the Art Car will impart a dynamic appearance even when it’s standing still.

The challenge to create the BMW Art Car had to do with using a light material and a design that would not interfere with the racecar’s aerodynamics and weight. Timing was also an issue, as there was only a two month window between the first design sketches and the Paris world premiere. This is why digital print on car wrapping vinyl was used covered by a double clear-coating to bring out the color. To apply hundreds of dynamic lines of Koons’ design onto the car, CAD designs were translated from 3D into 2D for the printing process and then painstakingly applied to the entire car as well as onto individual spare parts. Koons design incorporates many bright contrasting colors to communicate the aesthetics of power. The concept design was transformed into hard eged lines of color. Graphics of debris were added to the rear sides and back of the car to simulate the power of the car. Furthermore, two graphic rings on the rear of the car represent supersonic acceleration.

The germination of Koons’ collaboration with BMW began in 2003, when he expressed his desire to create a BMW Art Car. His relationship with BMW started more than two decades ago when he drove a BMW while residing in Munich, home to the BMW Group headquarters. Koons is known for his heartfelt appreciation of cars. Earlier this year he was even recognized by music icon Bono of U2 as one of the ideal artists to design a car that would make the world fall in love with automobiles again.

Koons’ creative process for the BMW Art Car mirrors techniques, some borrowed from transportation design and development, which he regularly employs for his artistic production. For example, in the creation of Koons’ monumental sculptures, his studio uses 3-D CAD models to evaluate the surfaces, assembles them via methods found in bike chop shops, and paints them in a manner based on sophisticated automotive painting techniques.

Since 1975, artists from throughout the world have turned BMW automobiles into art signifying a particular period through the Art Car program. In 2007, the latest installment was revealed with Olafur Eliasson’s “Your mobile expectations: BMW H2R project.” Many of the cars by the likes of Warhol, Lichtenstein, Stella, Rauschenberg, Hockney and Holzer have been exhibited in renowned museums throughout the world including the Louvre, the Guggenheim Museums, and the Shanghai Art Museum. They have been displayed at the BMW Museum in Munich, between 2006 and 2010 and many went on a world tour throughout Asia, Russia, Africa, India, the United States and Mexico. The Koons car number, “79,” pays tribute to the 1979 Andy Warhol car. The Warhol car was assigned the number “76,” an homage to the 1976 Frank Stella car, both of which raced at Le Mans.

The home of all BMW Art Cars is the BMW Museum in Munich. Starting in September, Koons’ 17th BMW Art Car will be presented there together with some of its predecessors.