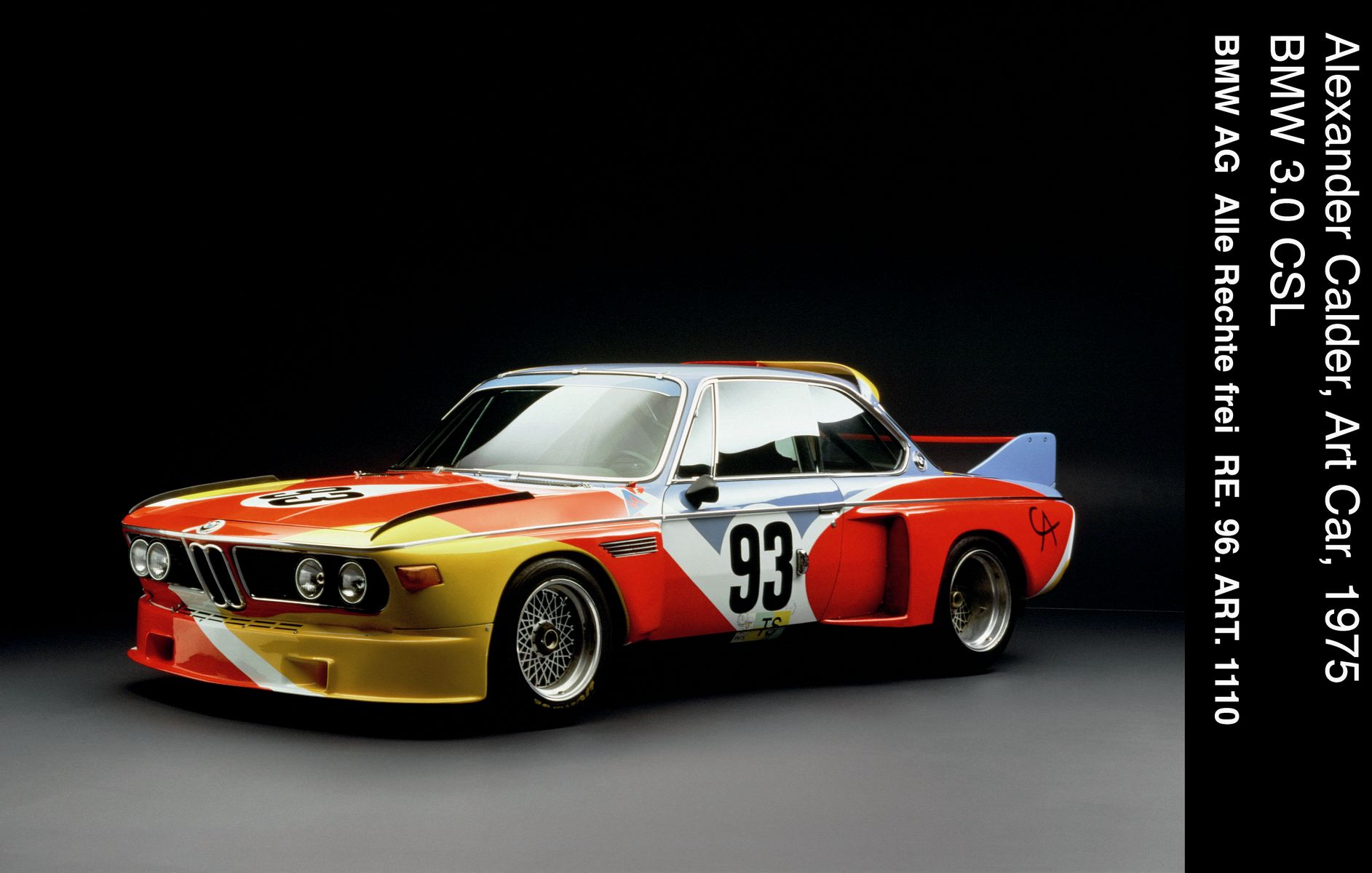 The car is now more than one hundred years old and during that time has fascinated all artists: from impressionism and surrealism to pop art and beyond. Abstract or true-to-life, critical or glorifying – time and again, the car has provided a motif for painters, sculptors, graphic artists and photographers. In recent years, people have started talking about an art collection which provides an unusual but very close link between the world of the car and the world of art: the BMW Art Car collection.

It was the French auctioneer and racing driver Hervé Poulain who first had the idea of asking an artist to paint a car. Taking up this initiative in 1975, the American Alexander Calder painted a BMW racing car, thus laying the foundation stone. The Art Car experiment was soon continued: a year after Calder, the New York artist Frank Stella covered a BMW with his typical grid-like pattern. He was followed by a series of pop artists: Roy Lichtenstein, Andy Warhol and Robert Rauschenberg. Apart from Rauschenberg’s Art Car, all these took part in the traditional Le Mans 24-hour race, some of them enjoying remarkable success. 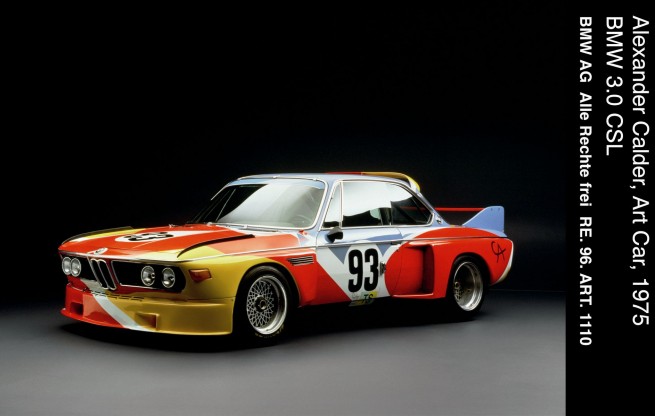 In the 1980’s the Art Car collection become more varied in character: artists of other nationalities and with different styles joined the group – the Austrian Ernst Fuchs, the Australians Ken Done and Michael Jagamara Nelson, the Japanese Matazo Kayama and the Spaniard César Manrique. The range of models selected as Art Cars was also increased, with series-production vehicles being painted in addition to racing cars. A famous example is the red BMW Z1 painted by A.R. Penck in Spring 1991, the first German Art Car artist.

Entitled “Your mobile expectations: BMW H2R project,” the latest Art Car was created by contemporary artist Olafur Eliasson and debuted at the San Francisco Museum of Modern Art in 2007. He transformed the BMW H2R Hydrogen Racecar, the first in BMW’s Art Car collection to be created from an alternative-fuel vehicle. Eliasson removed the outer shell from the BMW H2R and replaced it with a translucent skin constructed from steel mesh, reflective steel panels and many layers of ice.

BMW Art Cars have been admired in numerous museums and galleries all over the world: in the Louvre in Paris, the Palazzo Grassi in Venice and the Powerhouse Museum in Sydney, the Guggenheim Museums in New York and Bilbao, to name but a few. In 2006, art cars were sent on an extensive tour through Asia, which took them to Malaysia, Singapore, the Philippines, Korea and China. They also travelled to Australia, India, Russia and Africa. Between 2007 and 2010 they will be exhibited at museums in Turkey and the USA before returning to Europe.