This spring MINI has launched a Product Design Competition to celebrate the launch of the MINI Countryman. The competition was designed around the MINI Center Rail in the new MINI model. MINI fans and enthusiasts,…

Marketing majors, advertising gurus, video producers and directors…please make room for the leader in the online marketing campaigns: MINI. In their latest viral video, MINI shows one more time how online communities can be conquered… 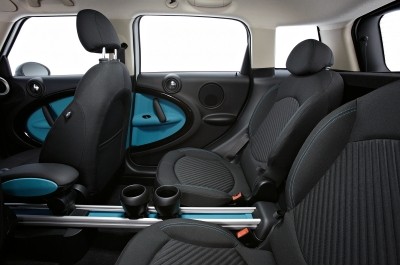 MINI’s  marketing machine is at work again. Known for their unique, personal approach with their marketing campaigns, MINI launches a new interesting challenge for all the fans around the world. “In keeping with the brand’s…

Two days ago, the Youtube MINI Channel and MINI’s marketing department released another innovative project: MINIWOOD, a staged guerilla campaign in honor of the world premiere of the MINI Countryman in Geneva. The city of…

The marketing geniuses at MINI have done it again and slowly, they are becoming the leaders in viral marketing within the automotive industry. Along with their always funky and fun setups at auto shows, MINI…