Making of the BMW i8 commercial by Gus Van Sant

This past summer, BMW hired director Gus Van Sant – famous for the Good Will Hunting, Milk and Elephant – to create a trio of gorgeous video commercials to help introduce the new BMW i8 to… 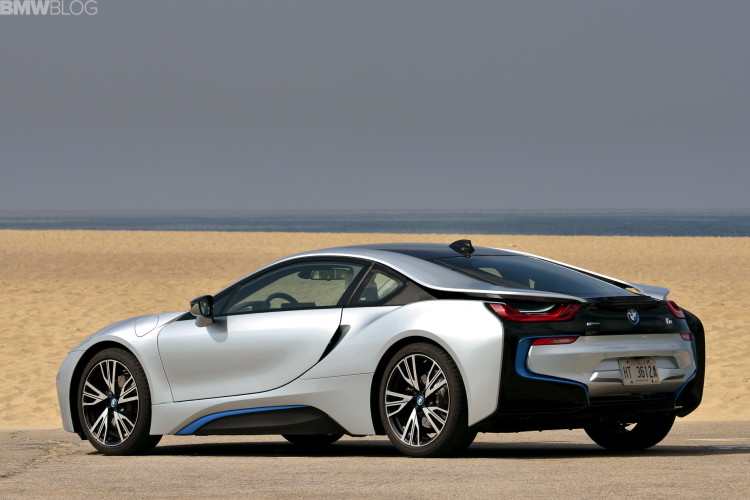 BMW releases a new series of commercials featuring the new BMW i8. The first commercial is titled “Genesis” and describes the journey from the first vision through several phases of development to its realization. A…

BMW of North America will debut an all-new television commercial today featuring the BMW 3 Series and actress Brooklyn Decker.  The ad is part of BMW’s regional advertising buy during NBC’s broadcast of Sochi 2014….

BMW of North America, the Official Mobility Partner of the United States Olympic Committee (USOC), will tune into the Opening Ceremony of the Sochi 2014 Olympic Winter Games tonight at 7:30pm ET on NBC, which is…

The folks over at AutoRauto created a commercial remake of the BMW M3 Coupe and the new F10 BMW M5, and they look smashing. The E92 M3 is approaching the end of its production cycle…

Efficient dynamics, high performance, fuel efficiency; you can have it all when you drive a BMW M. Some people say it’s having your cake and eating it too. BMW says it’s the Ultimate Driving Machine….

An year old video, but we find it worthy to share. The BMW M3 spot below was developed by AdvanTech Studios in partnership with Adjacent Pictures and portrays the emotions and intensity the M3 brings…

The world’s fastest sedan recreates super slow-motion bullet footage on a much grander scale. The result: High Performance Art. This video takes us back in the old days of BMW Films where production of these…

Have you ever wondered how car commercials looked back in the day? What about BMW TV commercials? A new video surfaces on Youtube showing the Isetta, a BMW iconic car. The TV commercial was shots…

BMW returned to the Super Bowl after a 10-year hiatus and delivered two messages: the new BMW X3 is built and designed in America, and BMW’s Advanced Diesel technology plays an important role in BMW’s…