The stunning ALPINA B5

The Buchloe-based automaker, ALPINA recently revealed their latest B5 model based on the new F10 BMW 5 Series. The B5 enhances the aggressive look of the current 5 Series by offering its own treatment. Similar… 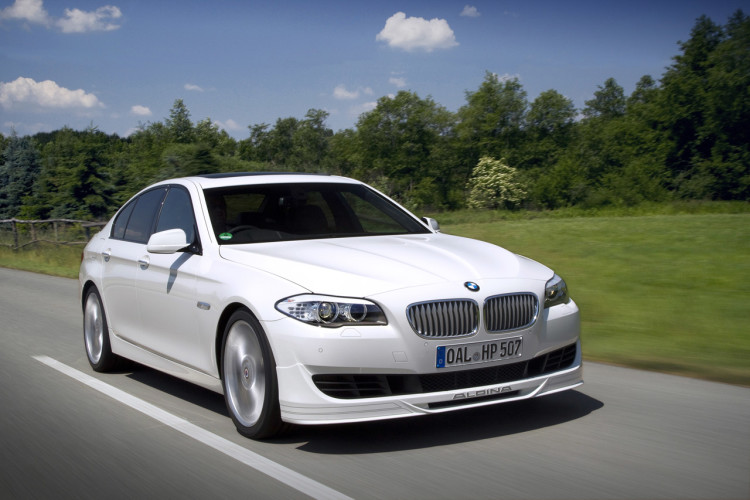 ALPINA B5 Bi-turbo available now in the UK

After making its debut at the Goodwood Festival of Speed last month, the ALPINA B5 Bi-Turbo is now available to order in the UK. The company believes the UK is one of its strongest markets,…

Press Release: The finely honed balance between athleticism, comfort and every-day luxury that has defined ALPINA automobiles for decades reaches a new dimension in the BMW ALPINA B5 Bi-Turbo. Five different generations of 5 Series-based…

Last month, ALPINA released a teaser of their upcoming B5 BiTurbo model built on the new generation F10 5 Series. The unveiling was set for the Goodwood Festival of Speed in the UK, but early…