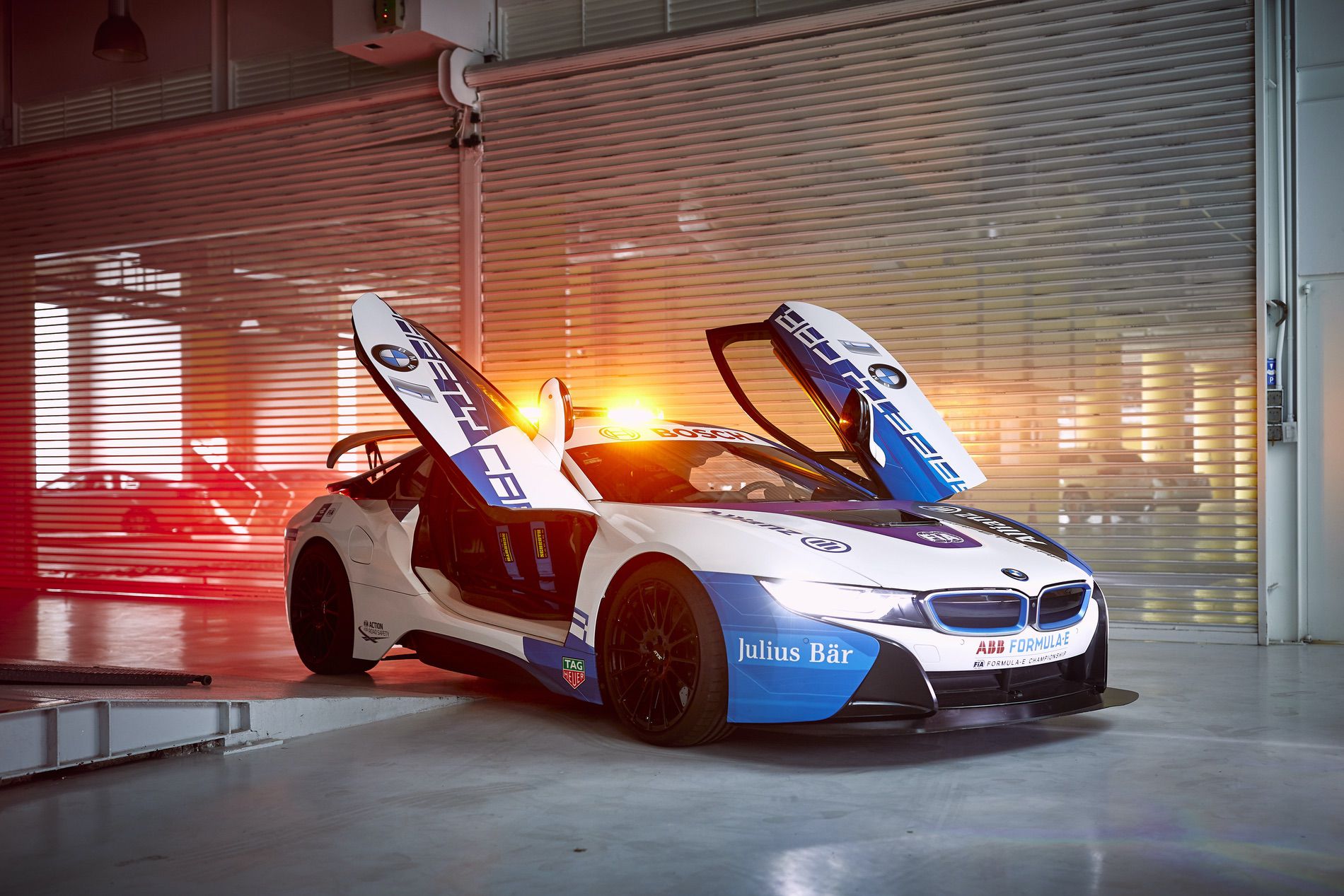 A new BMW i8 Coupe Safety Car will debut at the Mexico City E-Prix. The new livery was designed by Michael Scully, Head of Design BMW Motorsport, and underlines the close relationship between this special BMW i8 Coupe and the BMW iFE.18 race cars. It was unveiled in the run-up to the fourth race of this season’s ABB FIA Formula E Championship at the “Autodromo Hermanos Rodriguez” (MEX). 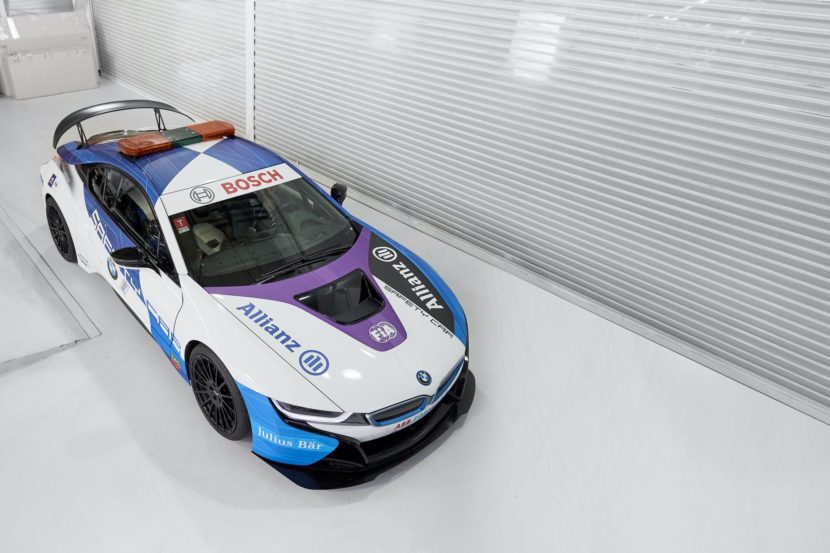 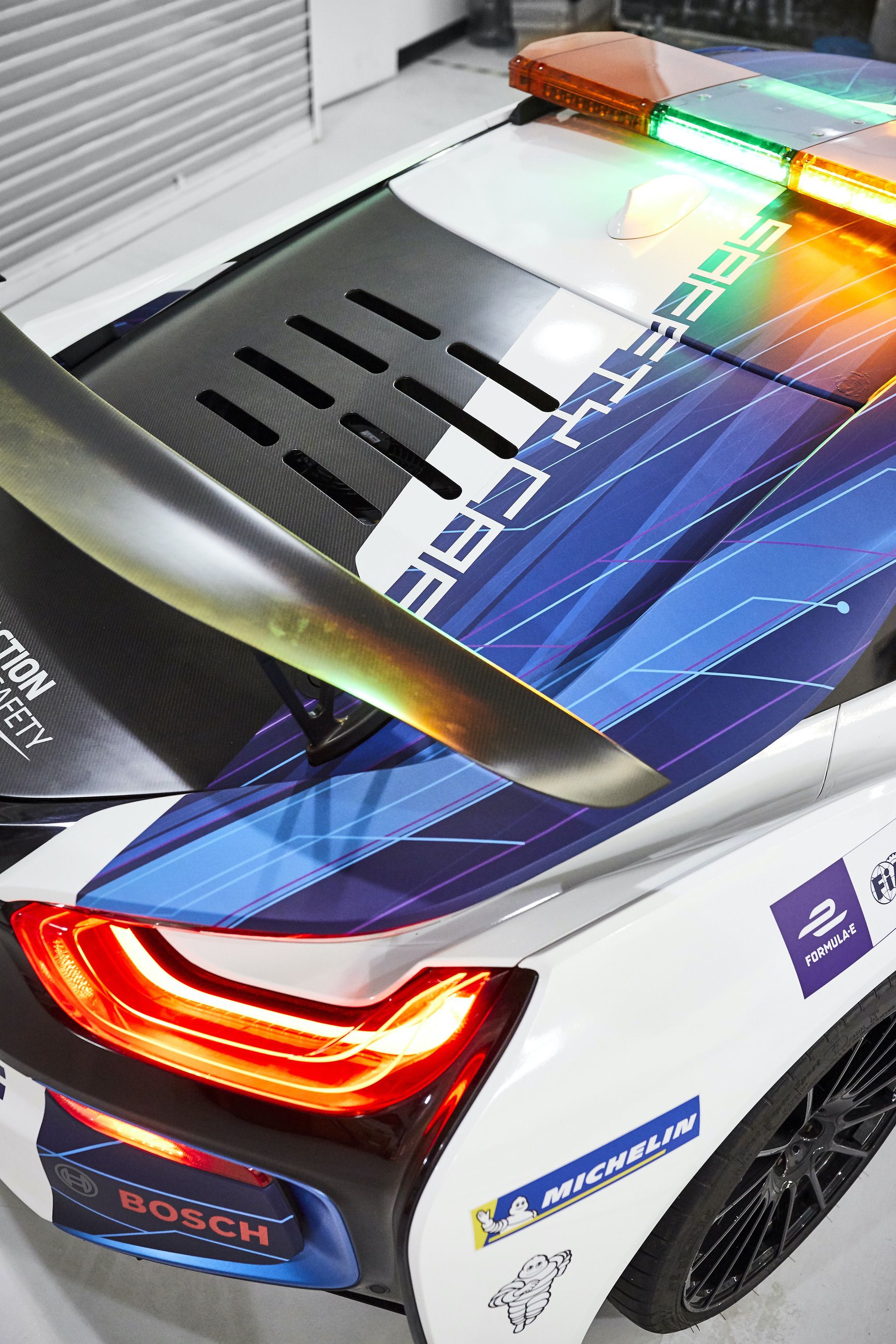 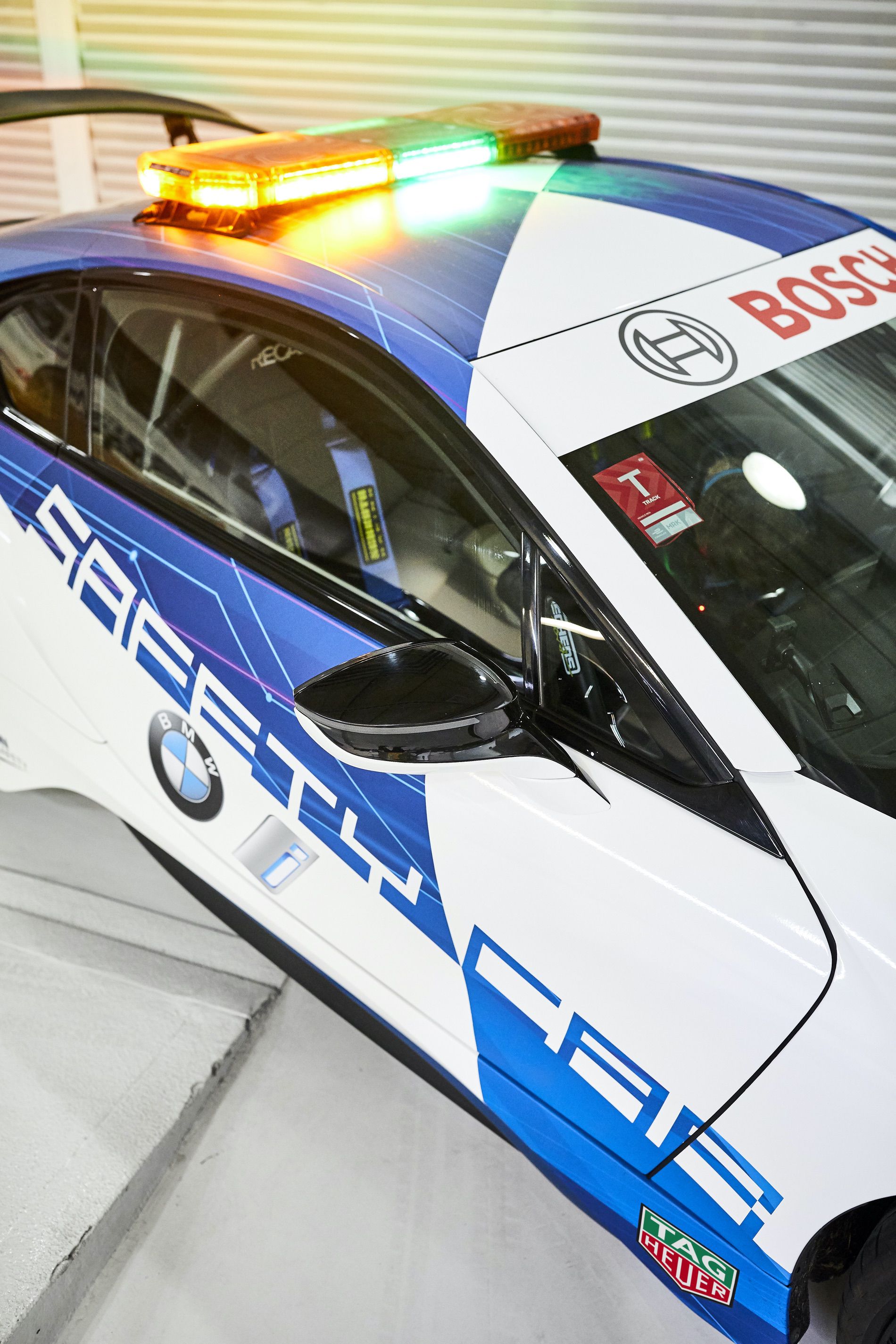 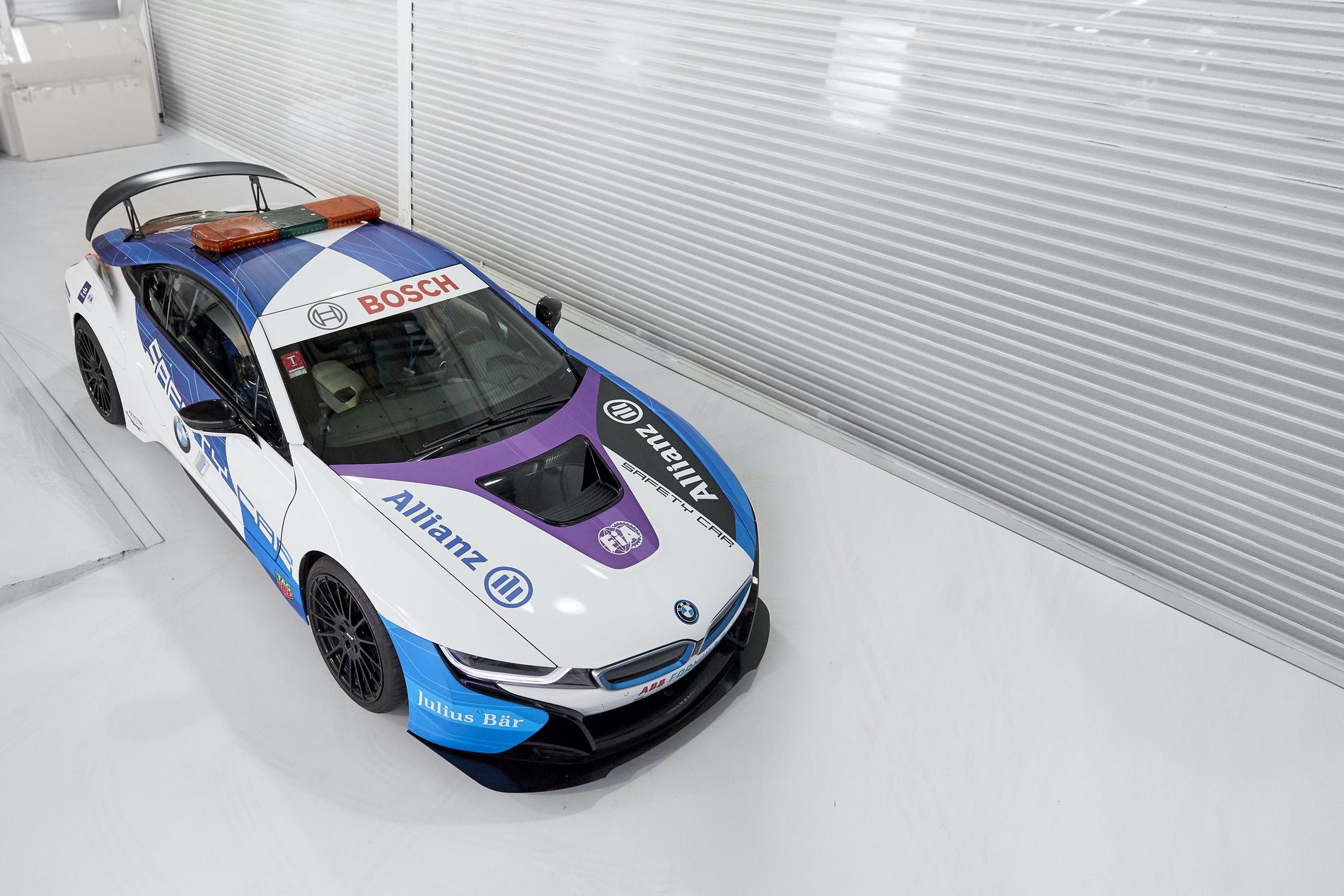 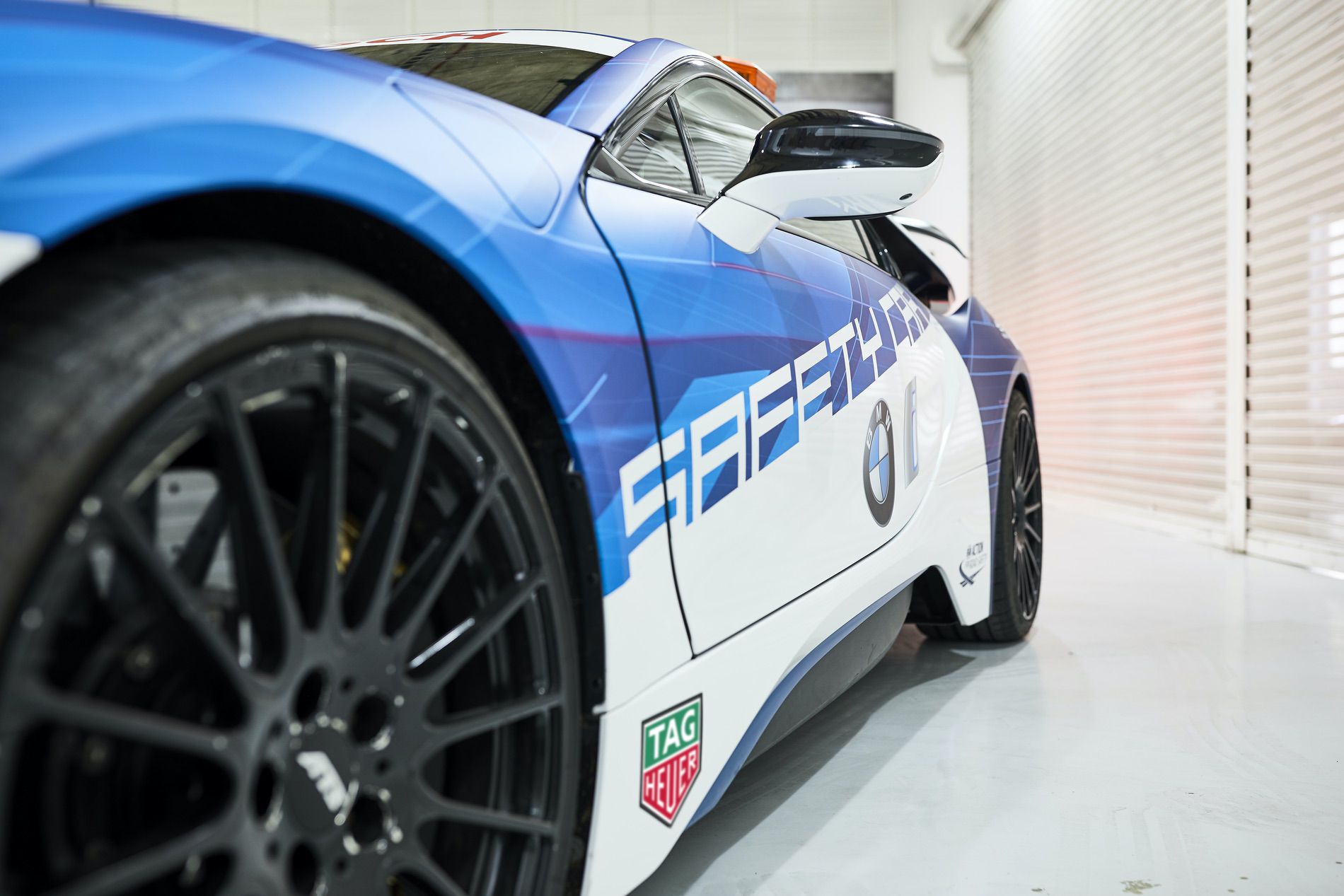 Like the race cars, the design of the BMW i8 Coupe is inspired by the urban context of Formula E, in which spectators typically see the cars from positions that are higher and closer to the track than at other circuits.

“As with the BMW iFE.18, the first priority when designing the Safety Car was the top view of the car,” explained Scully. The iconic blue and white elements of the BMW logo structure each key view of the BMW i8 Coupe Safety Car in a way that makes no two views of the car the same. The asymmetric layout also shares the functionally-derived non-reflective matte black cockpit element seen on the BMW iFE.18. 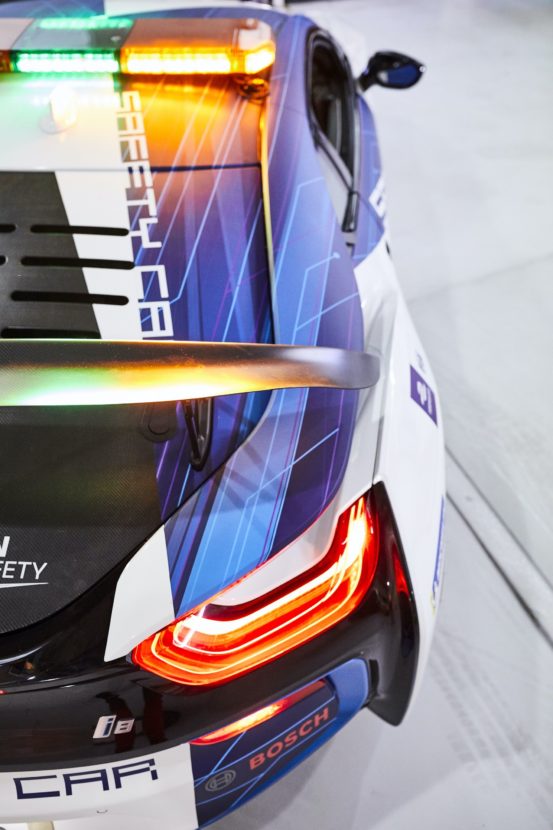 “We have translated the themes found in the design of the BMW iFE.18 to the very different proportions of the BMW i8 Coupe. This livery gives the Safety Car a new dynamism and a bold level of expression appropriate to racing in the streets,” said Scully. 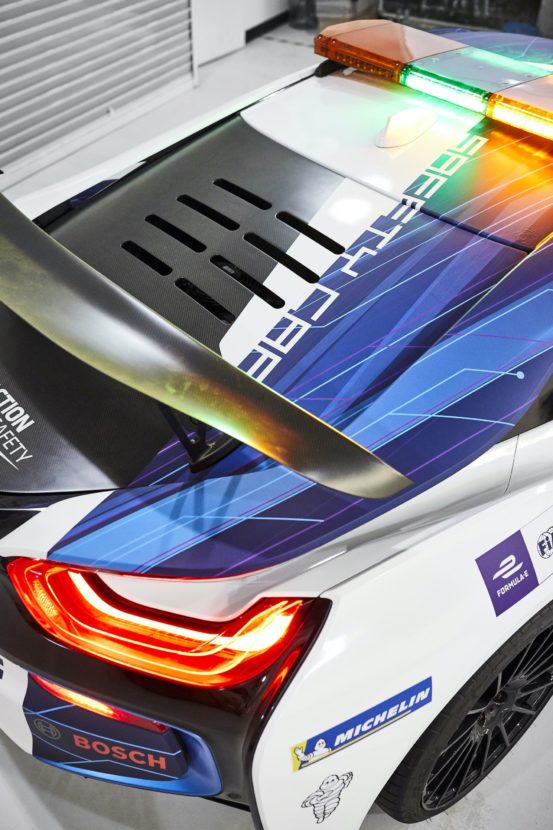 BMW i has been closely associated with Formula E as ‘Official Vehicle Partner’ since Season One and has provided the entire fleet of safety vehicles ever since. The BMW i8 Coupe Safety Car has been modified with many BMW M components to cope with the specific demands of motor racing. These modifications include a roll bar, rear wing and rear hatch made of carbon fibre, a front splitter, sports seats from the BMW M4 GTS, four-point harness, a roof-mounted signal light system, BMW M carbon ceramic brakes and a sports chassis.