Cinema-goers who find themselves wanting to call out tips and advice to characters on the big screen will love “Late Shift” – an interactive thriller, which allows the audience to influence the hero’s actions using an app.

Thanks to numerous co-operations with the film industry, the BMW Group has become an established player and reliable partner for projects in the global entertainment business. Just last summer, a number of BMW cars and the BMW S 1000 RR starred in the blockbuster “Mission: Impossible – Rogue Nation”. BMW Group vehicles regularly feature in both large international productions, and smaller, high-quality productions such as “Late Shift”. The BMW Group supported this ambitious production from the beginning through a cooperative venture. The unique project is available from today in Apple’s app store and can also be seen in selected cinemas in Switzerland and the UK. 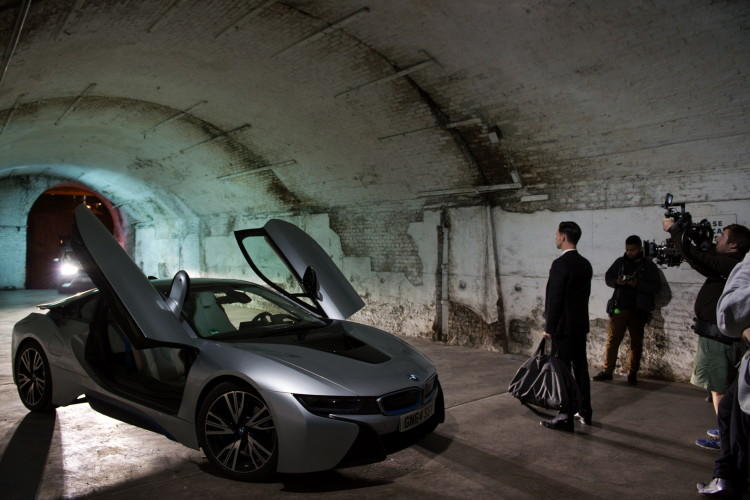 Protagonist Matt has a decision to make: After being forced to take part in an unsuccessful raid on a famous London auction house, he finds himself pursued by security officers. On the stairway, he stops to think – should he run up the stairs or down? A decision the viewer can make for him. Using a pre-installed app the viewer decides which way Matt should go. This happens in real-time, so the decision has to be made in the few seconds while Matt reflects on the screen.

Every decision changes the “Late Shift” storyline. With seven alternative endings and more than 180 choices, the story is different every time. Swiss production company “CtrlMovie” has created more than four hours of film material and, depending on the choices made, the film lasts around 60 to 90 minutes. The filming was done entirely on site in London. This innovative format is unique worldwide and represents a pioneering step in the world of cinema.

The BMW Group provided a number of vehicles for shooting in London, as well as production vehicles. Depending on the plot chosen, Matt drives either a BMW i8 or a BMW X5 M. The BMW 7 Series and the new MINI 5 door Hatch also feature in the film. The revolutionary plug-in hybrid sports car BMW i8, in particular, with its fascinating design and innovative combination of BMW Efficient Dynamics and BMW eDrive technology, is perfect for the “Late Shift” pioneer project. Both are forging a new path with their unique concepts. Under the cooperation agreement, the BMW Group will leverage its involvement in online and social media channels.

“An innovative concept that impressed us right away,” is how Claudia Müller, Head of Entertainment Marketing BMW, describes the project. “Most of all, we are happy that this cooperation will help a small, but accomplished production break through.”

“Late Shift” will be available from 10 March 2016 in Apple’s app store and will also be shown at selected cinemas in Switzerland and the UK. The Anglo-Swiss co-production was directed by Tobias Weber, based on a screenplay written by Tobias Weber and Michael R. Johnson, the author of Guy Ritchie’s “Sherlock Holmes”.