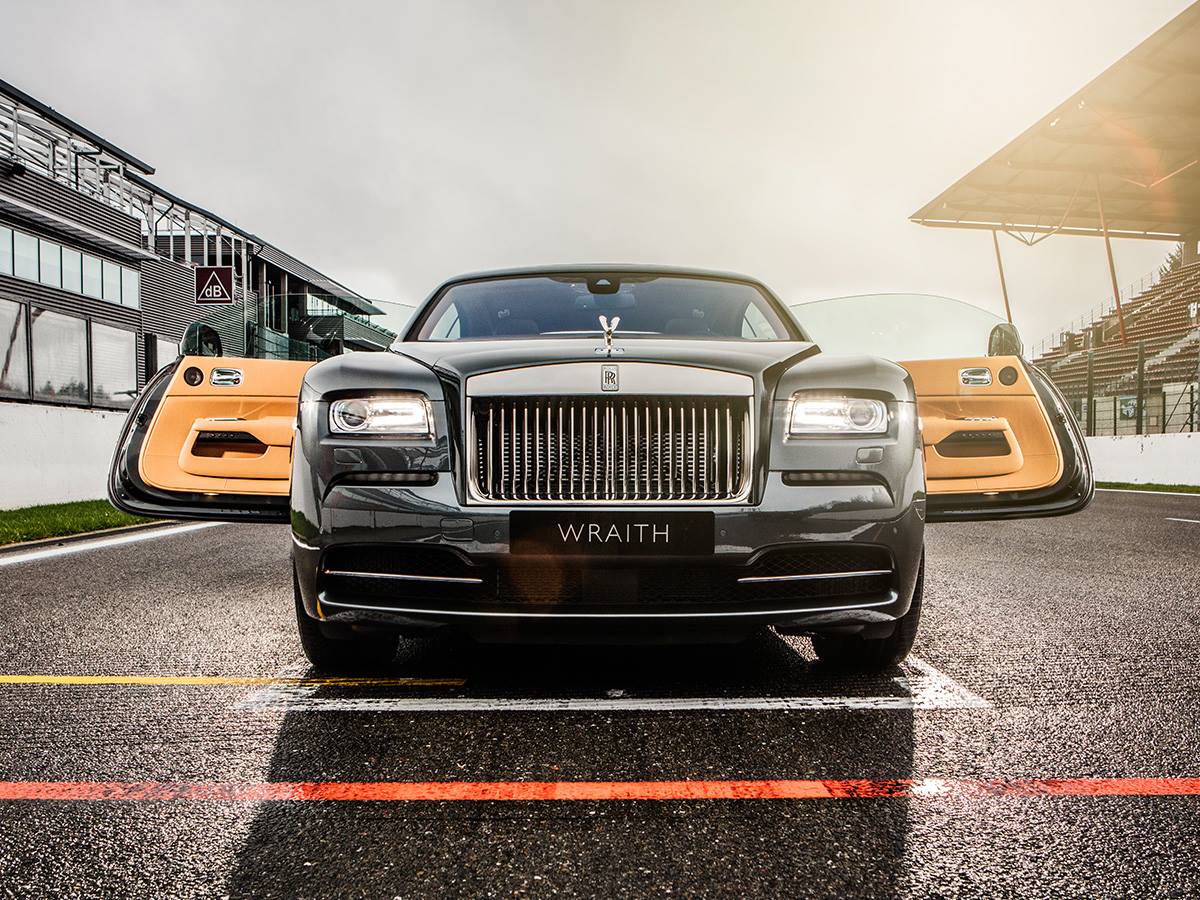 Inspired by the iconic track in Europe, Rolls-Royce created a bespoke Wraith which not only brings exclusive looks but also enhanced power. The Rolls-Royce Spa-Francorchamps Wraith Edition is one of the sportiest Rolls cars ever built delivering 632 horsepower from its V12 engine.

The Wraith features a “Flagstone” exterior – described as a new take on the traditional “racing green” hue – paired with a Consort Red coachline, while the silhouette of the Spa-Francorchamps race track forms a distinctive motif on the Tan leather headrests. 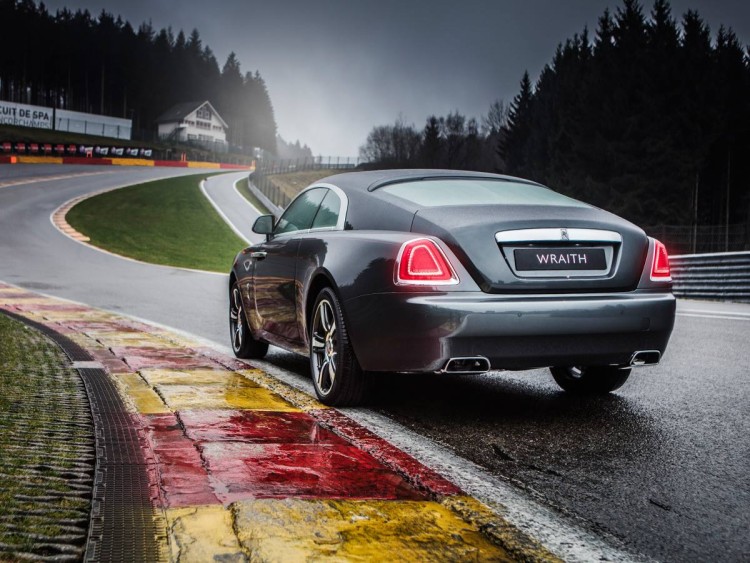 To bring a sporty feel to its cabin, carbon fiber inserts are part of the interior design matching the burgundy stitching and “Dark Spice” leather.

The special edition Rolls Royce premiered at the European Motor Show in Bruxelles. 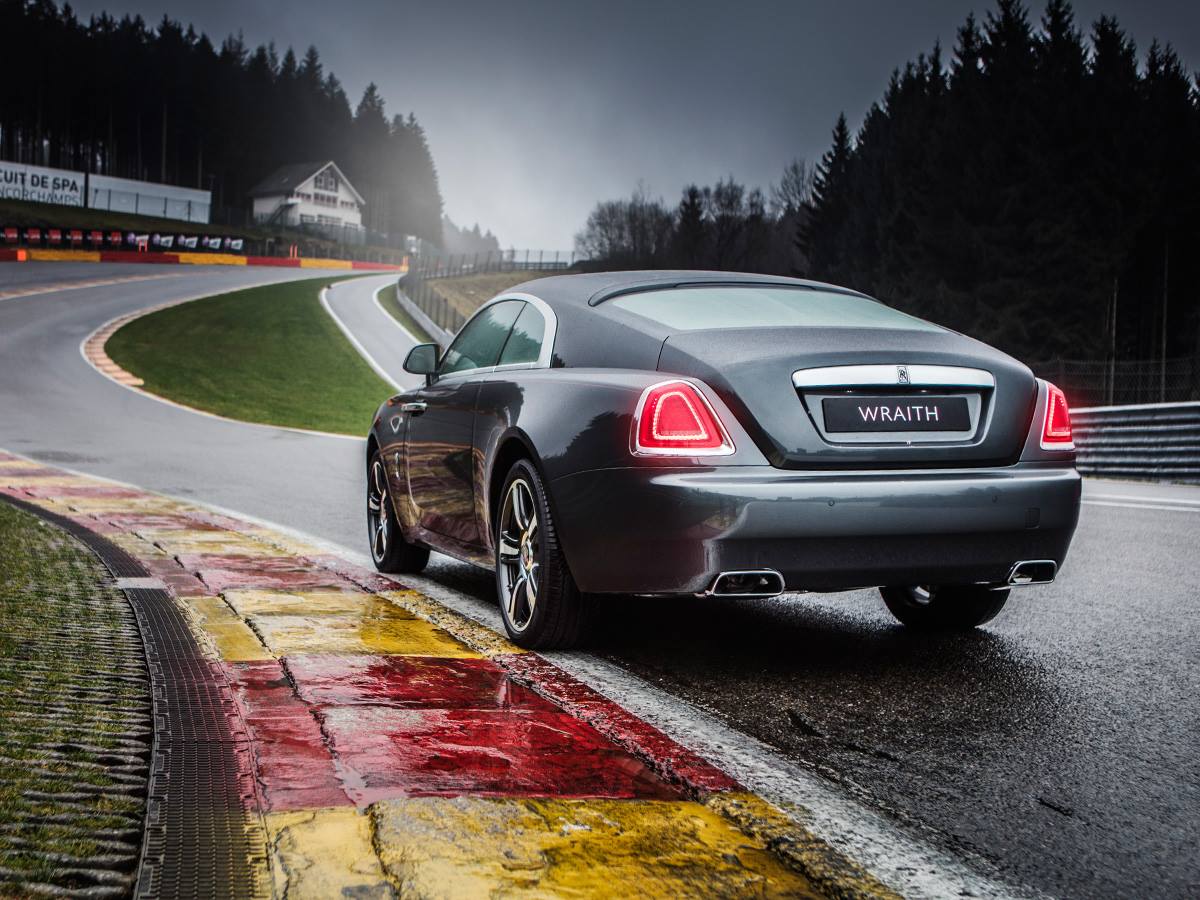 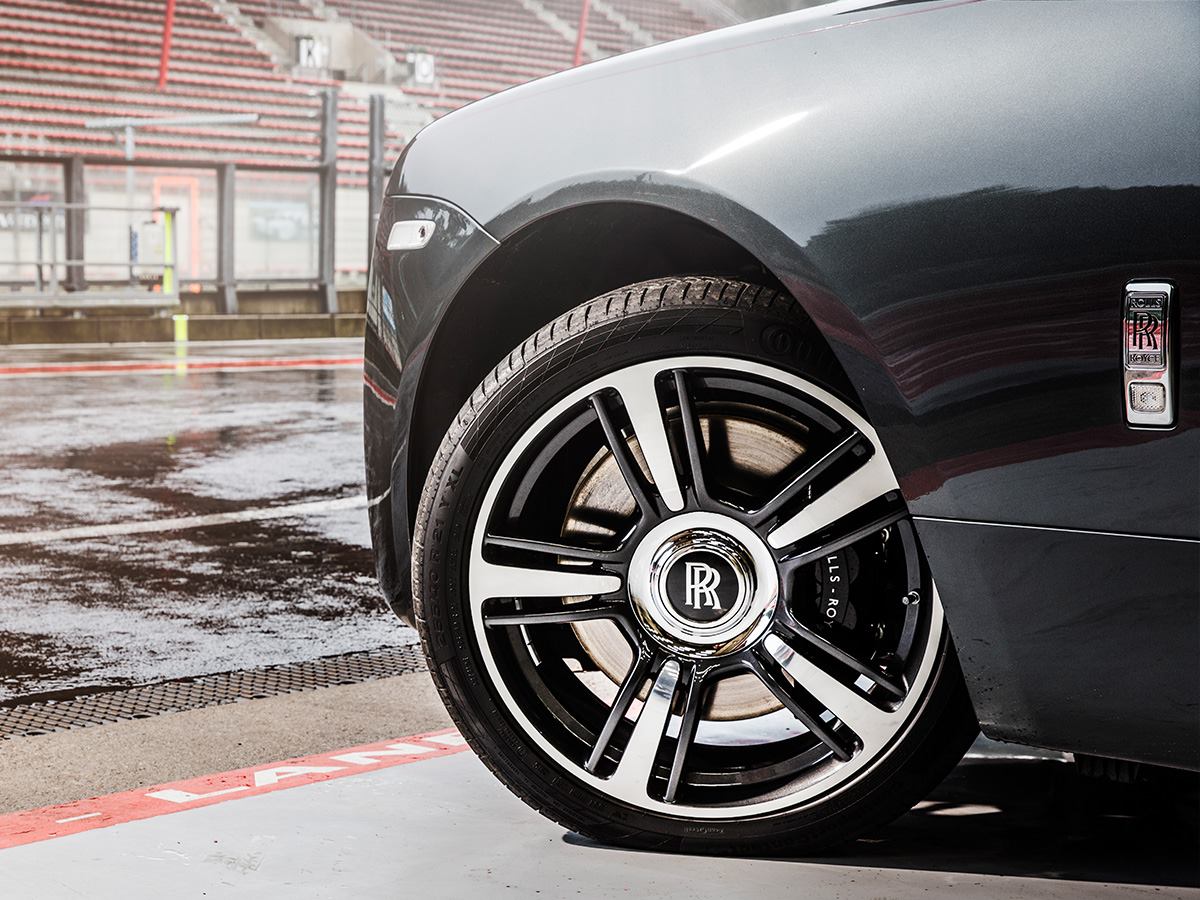 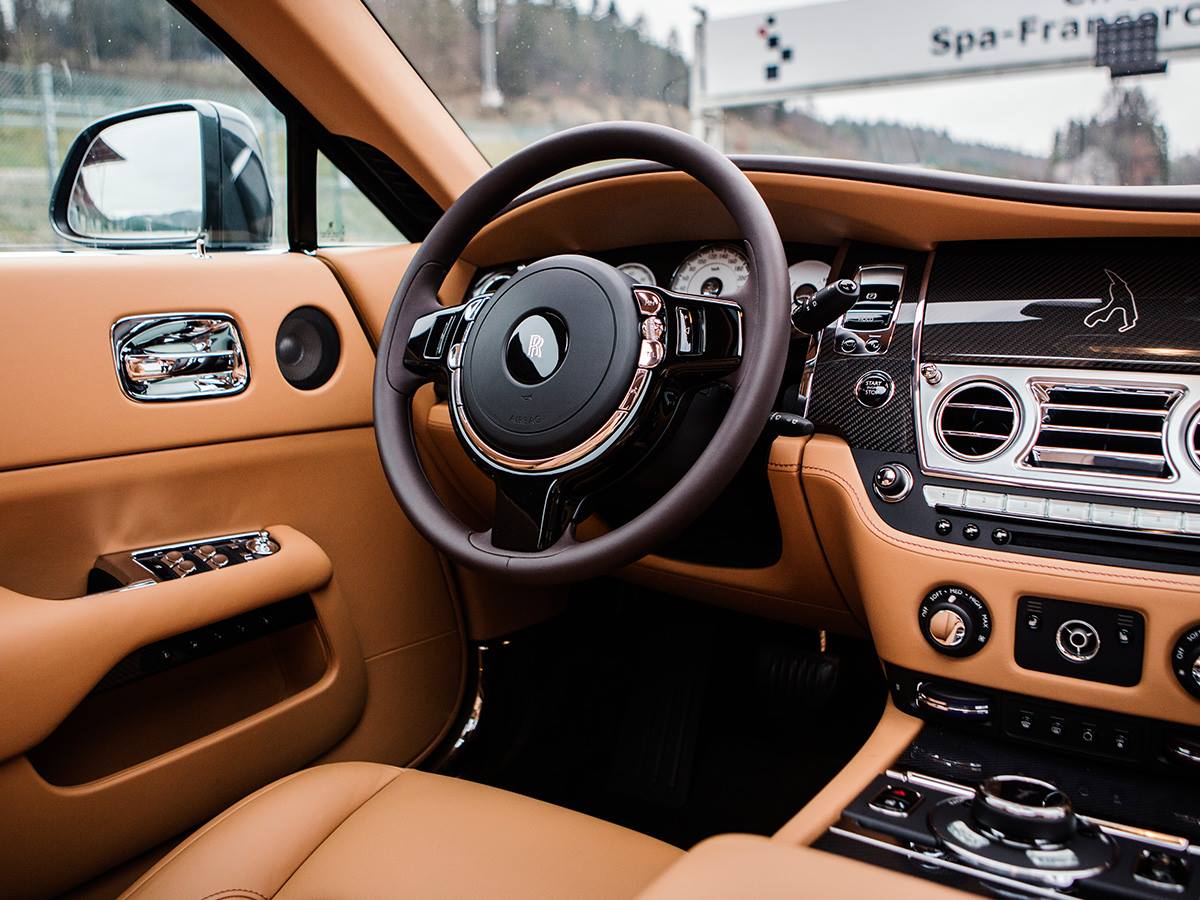