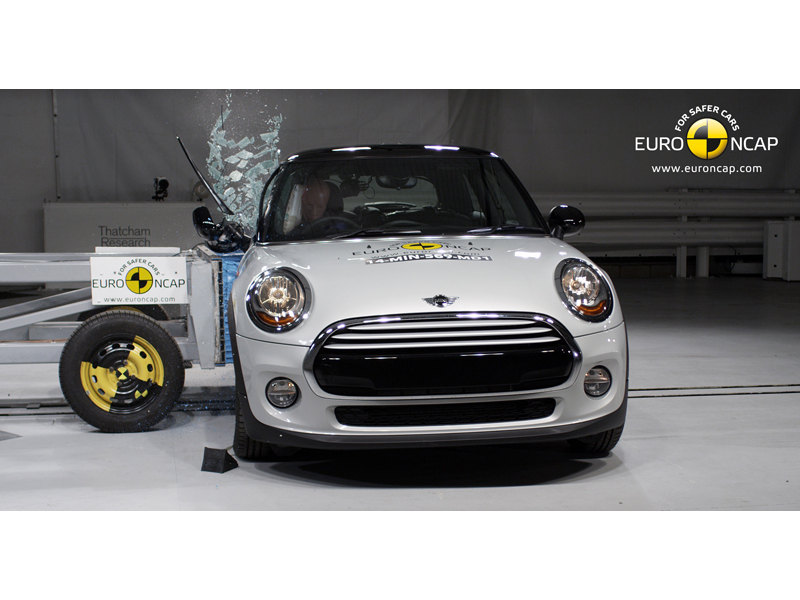 The new generation MINI Cooper was rated four stars by the Euro NCAP.

In the European safety and crash test has scored 79 percent in Adult Occupant, 73 percent in Child Occupant, 66 percent in Pedestrian Safety and 56 percent in Safety Assist. The only “Marginal” rating was given to the torso in the Side Car impact.

Other areas of the test were marked as “Adequate” or “Good”. The only “Poor” rating was given to the lower part of the hood and lower side parts of the windshield. 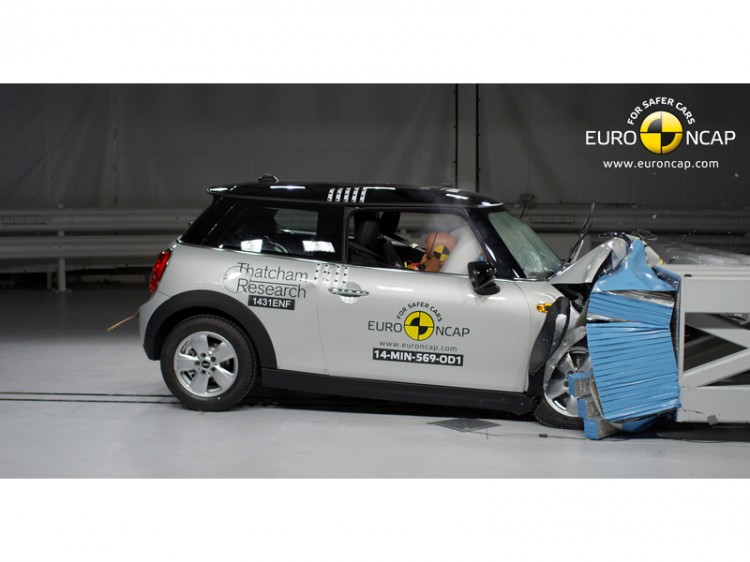 Here are the results:

The passenger compartment remained stable in the frontal impact. Dummy readings indicated good protection of the knees and femurs of the driver and passenger. MINI showed that a similar level of protection would be provided to occupants of different sizes and to those sat in different positions, whose knees might strike the dashboard at a different location to that seen in the test. In the side barrier test, forces were transmitted to parts of the dummy which are not representative of a human body, reducing the load on the ribs. These forces resulted in the maximum penalty being applied to the chest score and the assessment being downgraded from good to marginal. Loads on the abdomen also indicated marginal protection. In the pole test, protection of the chest and abdomen was rated as adequate. Tests on the front seats and head restraints revealed good protection against whiplash injury in the event of a rear-end collision, while a geometric assessment of the rear seats indicated that the protection there would also be good. An autonomous emergency braking system is available which works at low, city-type speeds. As it is an option, it was not included in the assessment. 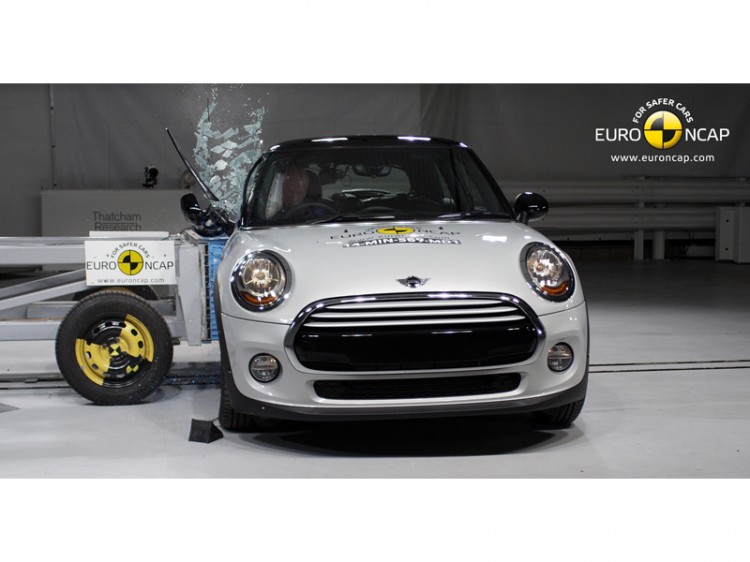 In the frontal impact, decelerations in the chest of the 1½ year dummy were marginally high, despite the dummy being sat in a rearward-facing restraint. Forward movement of the head of the 3 year dummy, sat in a forward-facing restraint, was not excessive but forces in the chest and neck were also marginally high. The front passenger airbag can be disabled to allow a rearward-facing restraint to be used in that seating position. However, no information is provided to the driver if the airbag is still armed and unsafe for a child restraint, and the system was not rewarded. All of the child restraints for which the car is designed could be installed and accommodated, except for the Group 0+ restraint used for the assessment (Maxi-Cosi Cabriofix). While this restraint could be properly accommodated in the car, installation in the rear passenger seat was difficult. Height adjustment is an option on the front passenger seat and, without this, installing the restraint in the rear requires more actions than Euro NCAP considers suitable, and zero points were awarded.

The bumper provided good protection to pedestrians’ legs and scored maximum points. However, the front edge of the bonnet was poor at all test locations and scored no points. The MINI has an active bonnet. The system detects when a pedestrian has been struck and uses actuators to raise the bonnet, providing extra clearance to the hard structures in the engine bay. MINI showed that the system worked robustly for a variety of pedestrian statures and over a range of speeds. Accordingly the bonnet was tested in the deployed (raised) position and results were predominantly good or adequate. 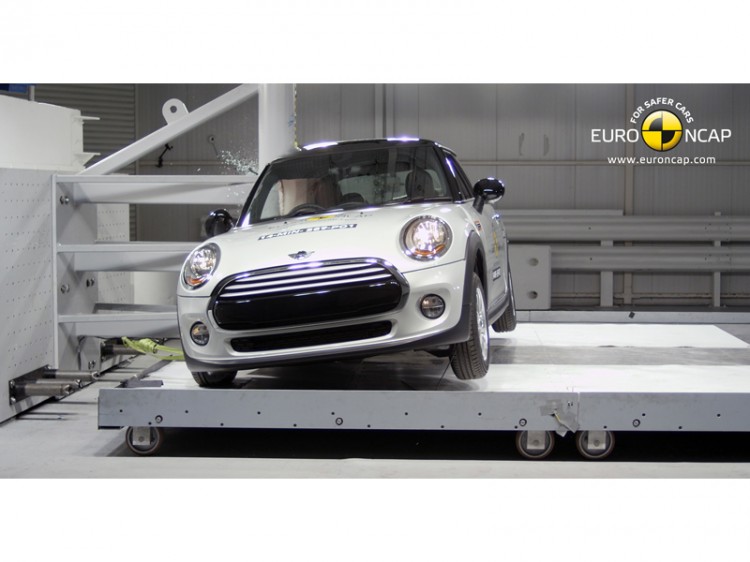 Electronic stability control is standard equipment on the MINI, as is a seatbelt reminder for the front and rear seats. A driver-set speed limitation device is an option. As it is expected to be fitted to most cars sold, it was included in the assessment. An autonomous emergency braking system is available as an option but is not expected to be fitted to most of the cars sold, so it was not included in the rating. The MINI does not have a lane assistance system.