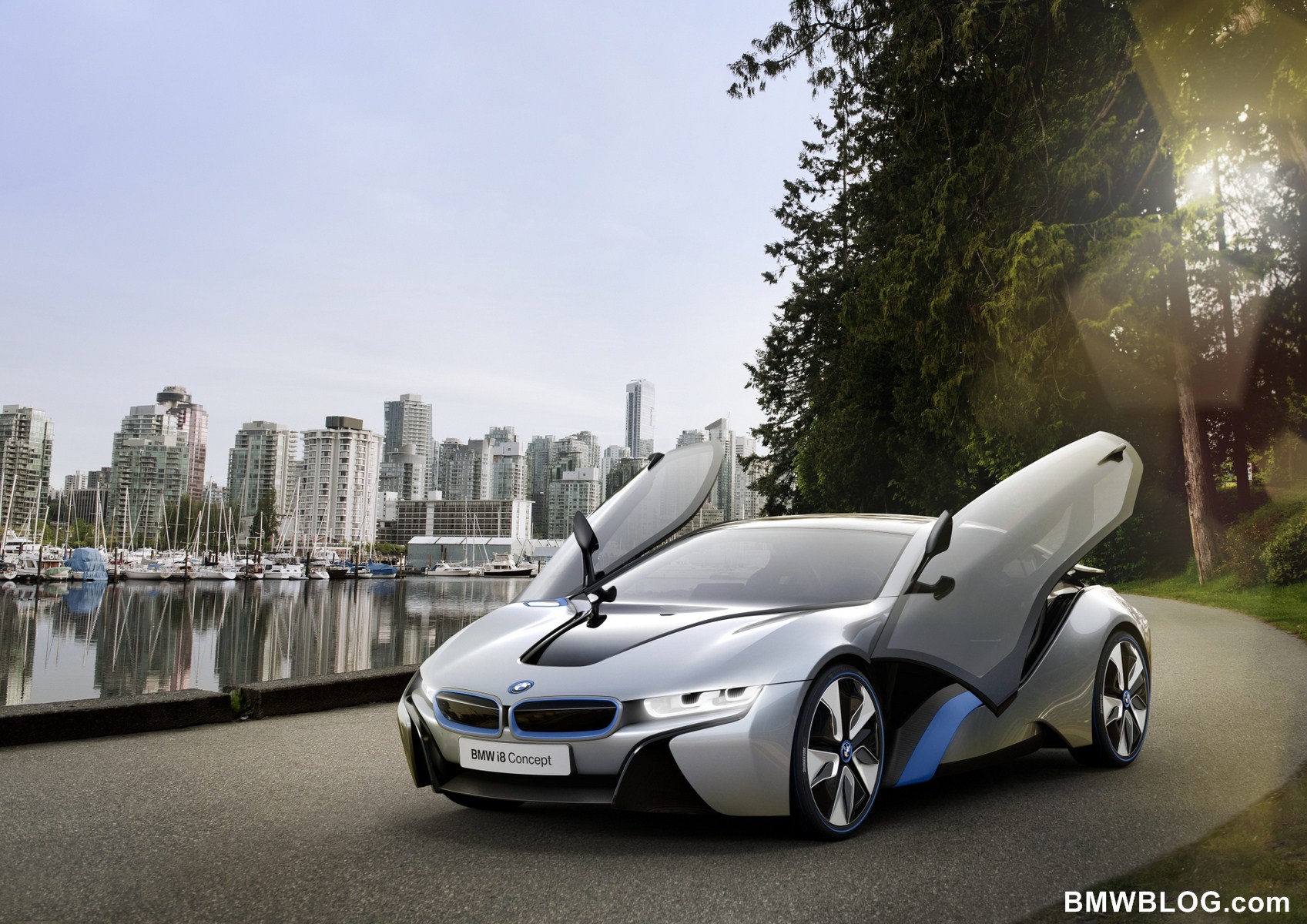 The 2015 BMW i8 hybrid sportscar is set to debut next month at the 2013 Frankfurt Auto Show.

The second model to emerge under the BMW i sub-division is aspun off the BMW Vision EfficientDynamics concept shown in 2009. Just like the i3 recently unveiled, the 2015 BMW i8 makes extensive use of carbon fiber therefore it only weighs 1450 kilograms, enough to give the hybrid sportscar performance similar to the current M3, in the low 4 seconds from 0 to 62 mph.

The i8 is powered by a 170 horsepower electric motor that drives the front-wheels, coupled with a 1.5 liter 3-cylidner turbocharged petrol engine producing another 223 horsepower. It can go from a front-wheel drive vehicle to a rear-wheel drive one, and even an all-wheel drive setup. In full electric mode, the BMW i8 can travel up to 20 miles. 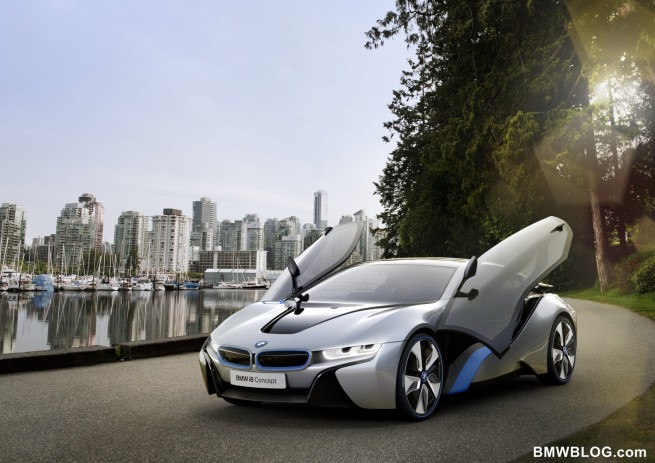 BMW i8 features a horizontal bisection of the vehicle

, which is largely fabricated as an aluminum drive module with all of the drive related components. And a carbon-made Life module for the occupant. The Life-drive architecture also makes it possible for other bodystyles to be built atop of it, like the BMW i8 Spyder.

In the European driving cycle, the BMW i8 is expected to average nearly 80 mpg.

Stay tuned in the upcoming weeks for more exclusive BMW i8 news!