Dirk Müller and John Edwards, driving the No. 56 BMW Z4 GTE, won today’s American Le Mans Series Northeast Grand Prix from the pole position. The win increases Müller’s lead in the GT driver point standings and moves BMW to within (unofficially) three points of the lead in the Manufacturer’s Championship. Bill Auberlen and Maxime Martin, in the No. 55 Z4 GTE, finished fourth. The victory also resulted in the No. 56 machine being awarded the Michelin Green X Challenge Award adding an exclamation point on the story of the day.

On paper, the second victory in the debut season of the BMW Z4 GTE may look to have been an easy one as the No. 56 machine was almost always at the front of the GT field, but the 2.45-hour race at the Lime Rock Park circuit was never truly decided until the checkered flag waved. The late afternoon race start meant extreme summer heat for both team and drivers. Seemingly as hot as the day, Edwards started the race from his first ALMS pole and ran a trouble free first stint, pitting on lap 76 for Müller. The final 1.45 hours of the race was not an easy one for the GT points leader as the race was slowed by multiple caution periods erasing every lead Müller amassed. A late caution closed up the field with some 14 minutes remaining, but when the green flag waved with four minutes to go Müller would not be denied, winning by .905 seconds. 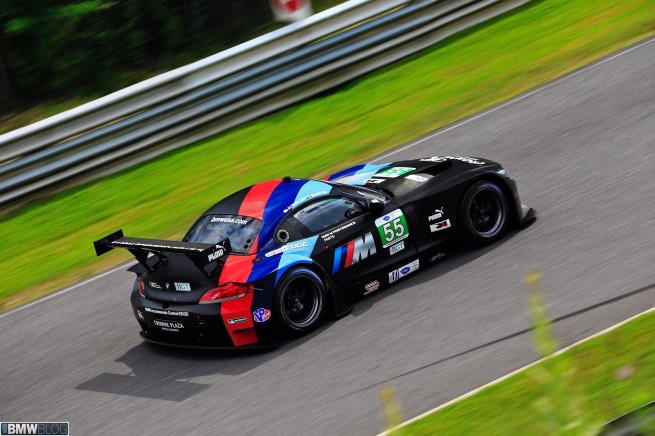 Martin started the No. 55 Z4 GTE from the second starting position. Early on he was hit, but was able to stay on the lead lap in tenth place. He drove a fine stint to move up to fifth before pitting under green on lap 77 to hand off to Auberlen. A change in strategy was made during the race’s first caution period and Auberlen was pitted a few laps later to top off the fuel and change left side Michelins with the aim to run the remainder of the race. As others pitted, Auberlen moved to the front of the field and increased his lead to almost a full lap. Unfortunately, the plan went out the window when Auberlen was called into the pits for a questionable call by the officials for avoidable contact. He dropped back to ninth, ultimately finishing fourth to add a second top-five finish of the season.

“This was a hard race but a great race,” said Bobby Rahal, Team Principal. “The Corvette guys gave us a good run but we were able stay ahead by cleanly working through the traffic. We had a pit stop that we weren’t planning on but fortunately it didn’t penalize us because we had a lap on most of the field. I’m really pleased for BMW, pleased for the team, very pleased for John and Dirk …especially Dirk for moving further ahead in the Drivers Championship. We needed a win here because next tracks may not be so friendly to our car.” 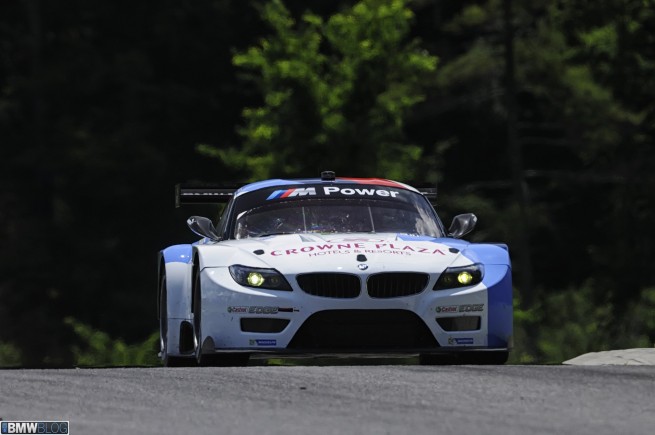 “We are very pleased with our second win for the Z4 this season and a victory at our home track.” saidGordon McDonnell, BMWNA Motorsport Manager. “Congratulations to John Edwards for his first ALMS pole and his great stint in the No. 56 car today. Dirk did a great job of keeping the lead and bringing home the victory. It was a tough day for the No. 55 Z4 GTE but Maxime and Bill never stopped fighting back towards the front. What a great way to start the post Le Mans part of the season!”

John Edwards, driver No. 56 Z4 GTE – (1st) – “We were first in every session except warm-up! First ALMS win from my first ALMS pole. It was a hard race though. It was so humid! This track never gives you a rest. I was really feeling it after the stint. On a hot day like this, victory is that much sweeter. A huge thanks to the team this weekend!”

Dirk Müller, driver No. 56 Z4 GTE – (1st) – “It is one of those days! Unbelievable! John had a phenomenal first stint that put pressure on me to bring home the victory. I have to give a very big thank you to the BMW Team RLL guys. We kept improving the car through each session and by the race it was perfect. Michelin gave us great tires, BMW gave us a great car and it all came together.”

Bill Auberlen, driver No. 55 Z4 GTE – (4th) – “Very early into the race we were hit by the Ferrari which took us from the lead to the back. We managed to work our way back up to the front. Then I had the incident with the GTC car that caused the penalty. I was three quarters of the way up beside him, I thought he saw me but obviously he didn’t and we got a penalty that took us back to ninth. In the end, we fought back up to fourth, moved up in the championship and gained valuable points. I feel sorry for the team. They worked very hard in very hot and humid conditions and we couldn’t give them a podium…but we’ll get it next time.”

Maxime Martin, driver No. 55 Z4 GTE – (4th) – “We scored some good points with our fourth place finish. It’s a long championship and I think we have the car to be in front and challenge for a win. This was my first time at Lime Rock. It’s a tricky, short and fun track.” 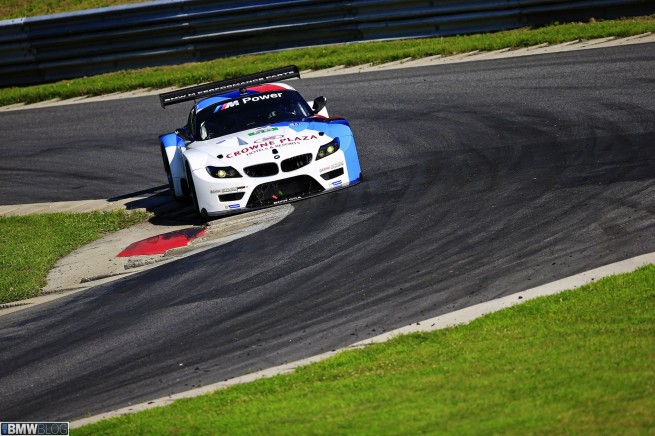 Round Five of the 2013 ALMS season, the Mobil 1 Grand Prix of Mosport, will be held on Sunday, July 20th at Canadian Tire Motorsport Park, in Bowmanville, Ontario, Canada. ESPN3.com will live-stream the 2.45-hour race beginning at 11:45 a.m. ET. The race will be broadcast on ESPN at 1:00 p.m. ET.