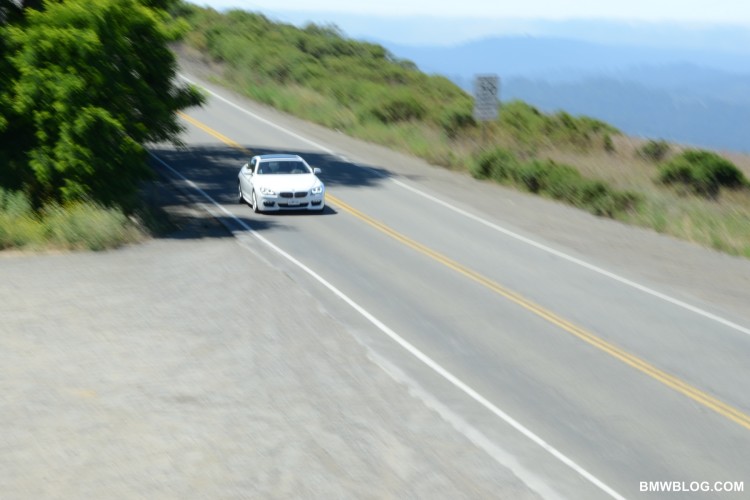 In late ’70s, BMW launches the first 6 Series Coupe, a replacement to the legendary 3.0CS and 3.0CSi. The executive coupe struck a balance between luxury and driving dynamics, and soon emerged as an iconic vehicle in the vast BMW family.

Three generations later, the 2012 BMW 650i Coupe comes to market to continue the legacy of its predecessors, empowered to, once again, seduce the BMW drivers with its elegant, yet sporty design lines. The Coupe follows the steps of its Cabriolet sibling which came to market in Spring of this year.

We tested the BMW 650i Convertible down in Cabo San Lucas, Mexico, and put the high-end cabriolet through fast paces and prolonged sprints. The hardtop made its North American debut in Monterey, California, on the eve of the 2011 Pebble Beach Concourse D’Elegance. 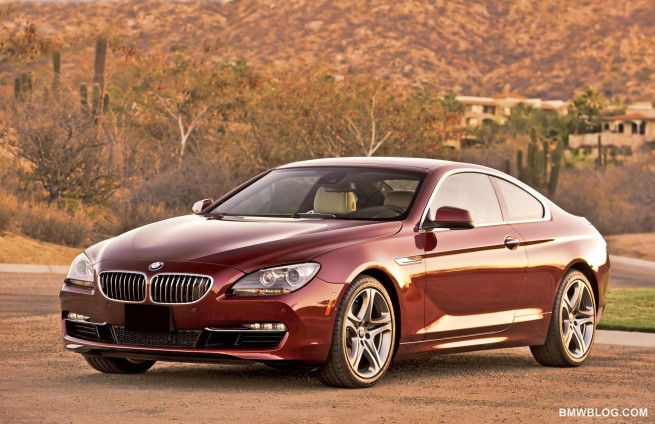 BMW considers the new 6 series the top of their model range. The 6er Coupe’s role is to be the pinnacle of BMW’s coupe offerings and at the same time, the 2012 BMW 6 Series Coupe emphasizes the new design language at BMW. The 2+2 coupe inherits some design cues from the regrettable CS Concept and it aligns itself with the design language seen on the new 5 and 7 Series. It retains the two-door design while the forthcoming Gran Coupe will sport a 4-door configuration.

The body length is nearly 3 inches longer than the predecessor model, while the width has also increased by 1.5 inches. The increased size offers additional room for rear-seating passengers. 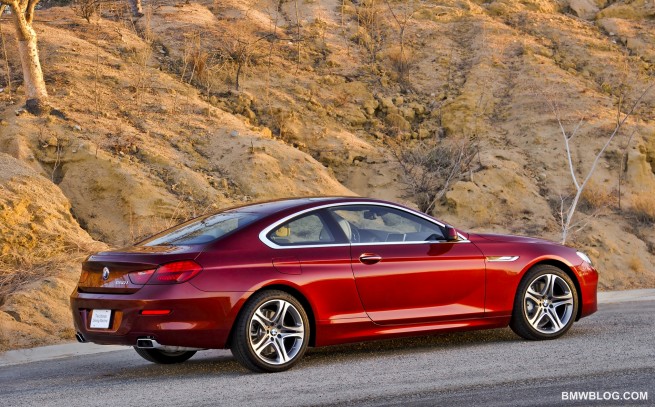 The high-end Coupe features shorter rear deck and a dramatic slope of the rear light, along with perfect proportions. The rear-end loses the highly-debated “Bangle-butt”. BMW 6 Series Coupe is the first vehicle from the Munich-based automaker to get full LED treatment; driving lights, indication lights, brake lights and rear-lights.

BMW’s Chief Designer Adrian van Hooydonk described to us the front-end as “a shark-like nose” featuring a slightly forward-leaning kidney grille and a full-width air duct within the lower part of the bumper. The front-end design reflects both the sophistication and aggressiveness that went into this design.The kidney-grille are unique across the lineup with glass inserts along the top ridge.

At the rear, the L-shaped taillights continue to remain a BMW icon and the full LED treatment bring out the luxury and sportiness of the new 6.

The body-to-glass approach with pillarless doors is another trademark of the new 6 Series Coupe and fits harmoniously with the rest of design. 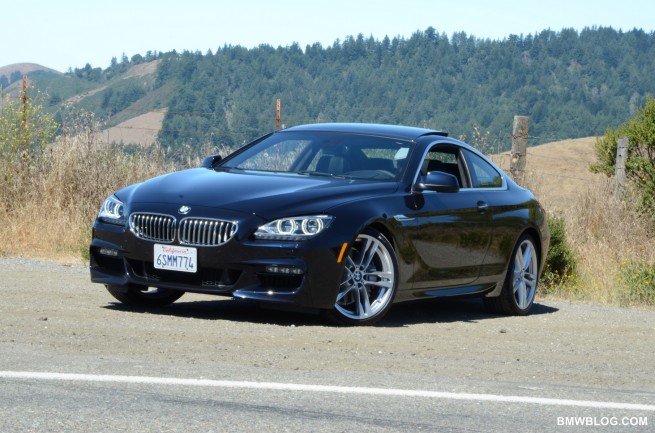 We were fortunate to get our hands on the 650i Coupe with the M-Sport package which brings visual refinements to the car in order to ensure an even sportier and more masculine appearance. The front air dam, side skirts and rear apron include M specific design cues, increasing the dynamics and looks of the 6er Coupe. The M package also includes chrome tailpipes along with exclusive light alloy wheels in 20 inches.

Interior Design. A synergy between function and form.

The interior of the 2012 BMW 650i Coupe mirrors the one seen in the convertible model. Its interior is more closely related to it predecessor, with an evolved, more dynamic driver-centric IP. The most intriguing design cues comes from the passenger side dash top and the surface above the glovebox, which twists, tornado-style along the center stack and into the center console.

The layering technique opens up the space and BMW designers have done a great job showing the lights and shadows inside the car. The materials are attractive and premium and BMW offers a wide variety of different combinations that pleases even the most sophisticated future owner. 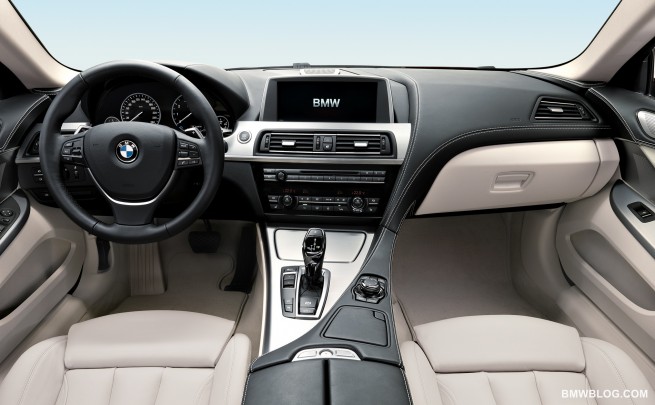 At the center, a large 10.2 inch high-res display dominates the console and reveals the latest infotainment system from BMW. Framed by a chrome plated frame, the flat-screen takes a more upright position, in contrast to the built-in approach we have seen in previous models.

The instrument panel features the same Black Panel technology seen in the 5 Series family and the 7 Series flagship. 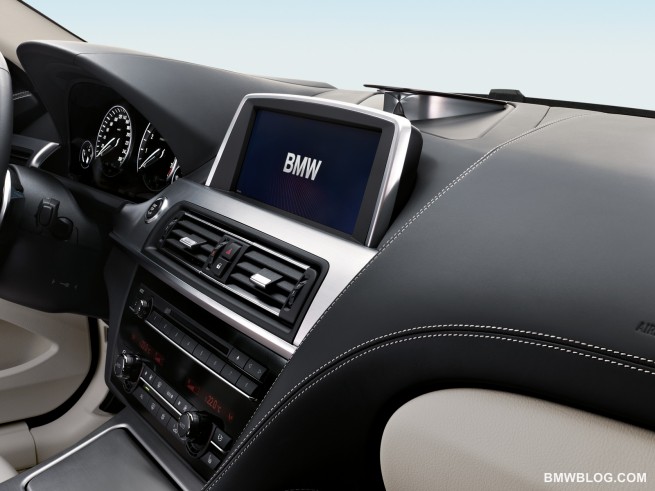 And it gets even better. Our test vehicle came equipped with the all-new Bang & Olufsen high-end audio system. Our 650i included 16-speakers for a total of 1,200-watt of high-fidelity sounds. The system also includes a dash-mounted tweeter that rises when the sounds goes live, as well as pair of sub-woofers under the front seats. But the acoustics pleasure is optional and comes with a hefty price: $3,700.

For the geeks looking to play with the latest gadgetry, the BMW ConnectedDrive allows for direct connectivity with some of the car’s functions.  The infotainment system can be controlled via BMW Apps, an open architecture developed by the company which includes apps like web radio, Pandora, Twitter, Facebook and access to 11 million songs in the MOG library.

Last but not least, the 650i Coupe includes a full-color head-up display, but unfortunately, still invisible in the daylight while using polarized sunglasses.

Just as the convertible, the 650i Coupe makes use of the 4.4 liter V8 twin-turbo engine, producing 400 horsepower and 450-pound-feet of torque, enough to make the lighter coupe (4,233 pounds) feel more agile. Coupled to the ZF eight-speed transmission, our tester output nearly immediate power through a series of smooth shifts. Slight turbo lag is present, but will go almost unnoticeable for most drivers. 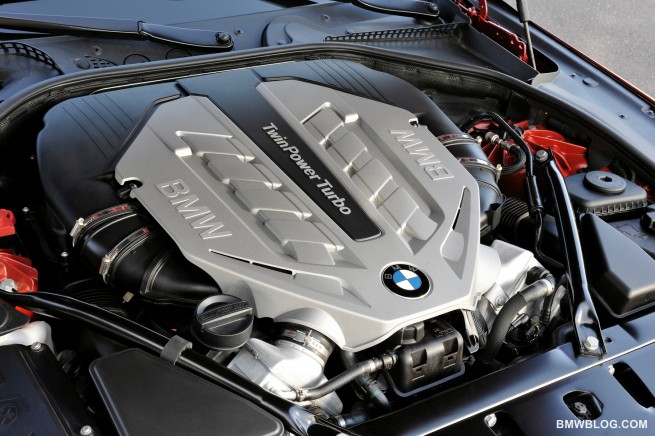 BMW offers the 650i Coupe with two transmission options: the aforementioned eight-speed auto and a 6-speed manual, a no-cost option that gives us hopes for future manuals in new BMWs. The 650i Coupe we tested included shift paddles that makes automatic driving a bit more fun. Without a doubt, the ZF eight-speed would be our preferred transmission if the coupe lands in our garage.

BMW says the coupe and convertible were built independently, an unique approach for the company. Compared to its sibling, the Coupe’s chassis feels stiffer and sportier, and managed to handled itself superbly through the curvy back roads from Carmel Valley to San Francisco. We gave the car a run for its money, with sudden stops and sharp corners that tested its dynamics even on some of the narrowest roads we have been on in a while. 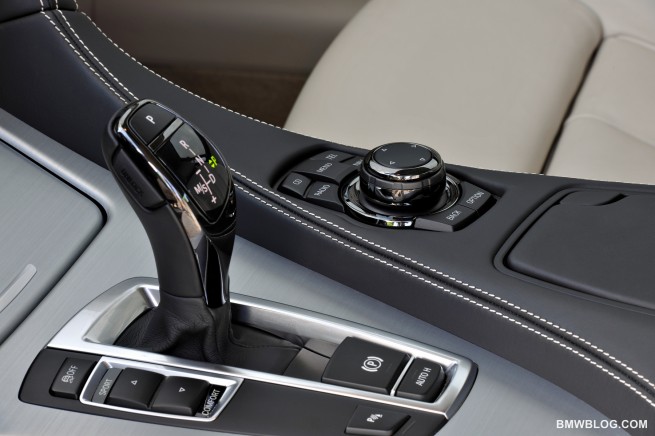 The adjustable ride and throttle controls part of the Driving Dynamics Control system offer four settings ranging from Comfort to Sport+. Toggling between the settings alters the throttle map, suspension firmness, transmission shift schedule and steering effort. The most comfortable setting offers a soft, relaxed ride that some customers may choose during highway cruising, while the Sport and Sport+ modes will cater to the more adventurous driver.

Despite the more balanced and sportier feel when compared to the convertible, we still craved the road connection we experienced in previous generations. The 650i Coupe lacks the steering feel one comes to expect in a BMW, and if this is really of primary importance for BMW owners, then most new BMW’s will fall a bit short.

We haven’t focused on fuel efficiency this time around, but BMW says the 650i Coupe, in both automatic and manual, will give you a city/highway ratio of 15/22 mpg. 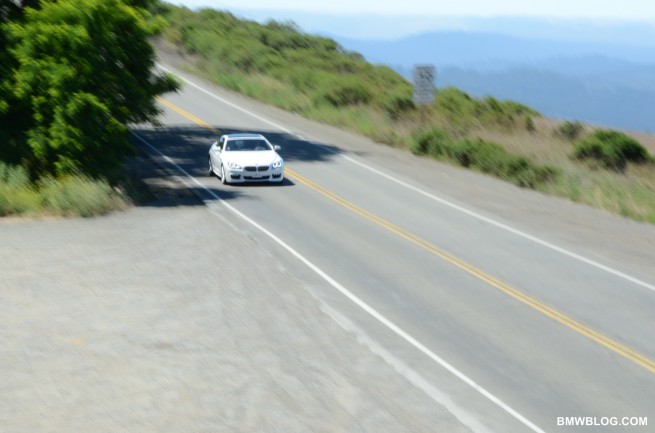 Should you buy one?

Overall, the BMW 650i Coupe is an impressive automobile, well executed by BMW, with superb design lines and new technology. At $83,875 base price, the coupe is an attractive buy within its segment, but add several options and the purchase price will jump over $100,000. At this price point, the choice becomes more difficult as one can buy a Jaguar XK, Porsche 911 Carrera, Maserati GranTurismo or Mercedes-Benz SL Coupe.

As a takeway from this drive review, we were left with an insatiable appetite to jump behind the wheel of the upcoming BMW M6 Coupe.