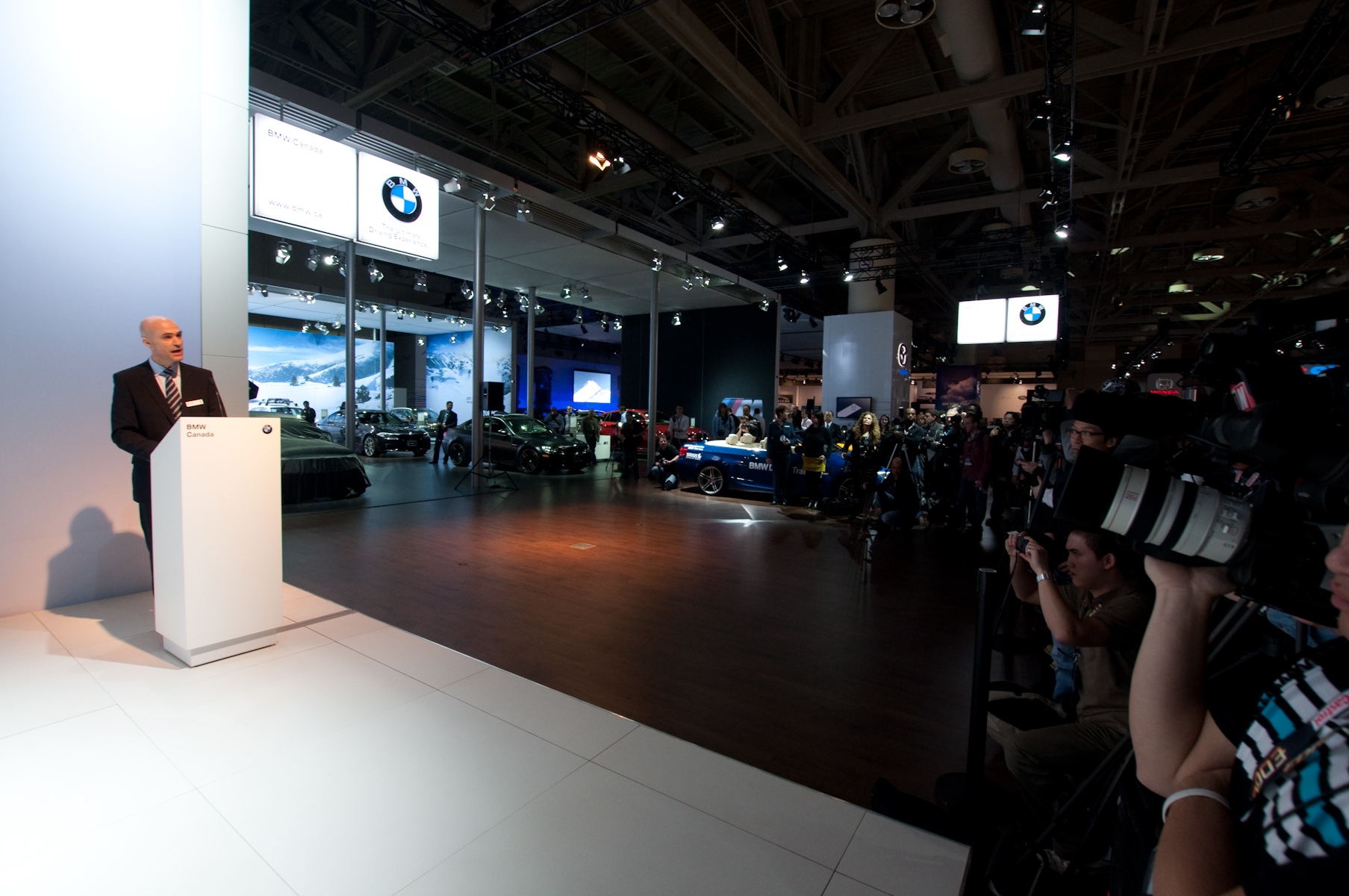 While attending BMW Canada’s press launch on the show floor of this year’s Canadian International Auto Show, we learned that BMW has retained its lead in the premium segment and closed its most profitable year ever in the Canadian market.

While many factors are contributing to BMW’s sales growth in Canada – design and performance notwithstanding – we’ve learned that x-Drive cars are a major contributor in the sales growth.  With new and improved ‘x cars’ on the way including the new X1 and X3, things look positive for continued growth in the Canadian market.  Impressive momentum has also been growing in both the motorrad and MINI divisions of BMW Group. 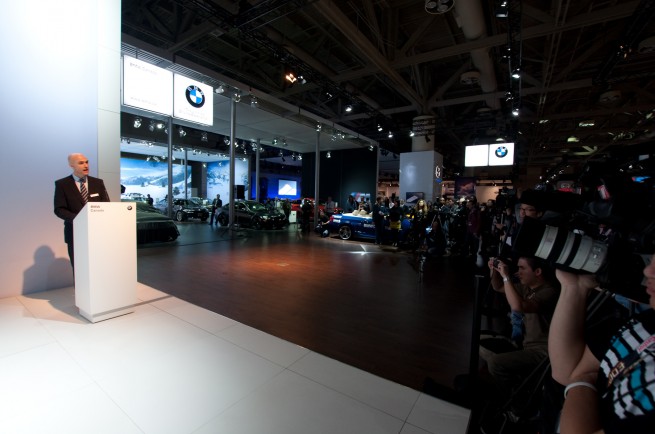 BMW brand sales up 22 per cent in December; two decades of growth.

Richmond Hill, ON. BMW Group Canada reports its best year ever in 2010, marking 20 consecutive years of sales growth for the company.  With its combined BMW and MINI sales volumes, the company also retains premium segment leadership in its competitive categories.

With total annual sales of 31,703 units (BMW and MINI brands combined), the company secures an increase of over nine per cent compared to 2009, its previous best-ever year.  The company had surpassed its 2009 accomplishment with its year-to-date November sales.

Since April 2010, BMW Group Pre-Owned has been increasing its sales each and every month. BMW Pre-Owned sales totalled 1,056 for the month of December, an increase of nearly 36 per cent compared to December 2009.  Year-to-date BMW Pre-Owned sales are up 20 per cent to 12,775 units versus 2009, marking the best year ever for BMW Pre-Owned.

BMW Motorrad Canada reports a record year with 1,925 units sold, an increase of 8 per cent over 2009 and the division’s 14th consecutive year of growth. With the launch of the S1000RR, the brand did exceptionally well in 2010, while the overall market was down 12 per cent.

BMW Group Canada, based in Richmond Hill, Ontario, is a wholly-owned subsidiary of BMW AG and is responsible for the distribution of BMW luxury performance automobiles, Sports Activity Vehicles, Motorcycles, and MINI.  BMW Group Financial Services Canada is a division of BMW Group Canada and offers retail financing and leasing programs and protection products on new and pre-owned BMW and MINI automobiles, as well as retail financing for new and pre-owned BMW Motorcycles. A total network of 41 BMW automobile retail centres, 19 BMW motorcycle retailers, and 26 MINI retailers represents the BMW Group across the country.

The BMW Group is one of the most successful manufacturers of automobiles and motorcycles in the world with its BMW, MINI and Rolls-Royce brands. As a global company, the BMW Group operates 24 production facilities in 13 countries and has a global sales network in more than 140 countries.

The BMW Group achieved a global sales volume of approximately 1.29 million automobiles and over 87,000 motorcycles for the 2009 financial year.  Revenues totalled euro 50.68 billion.  At 31 December 2009, the company employed a global workforce of approximately 96,000 associates.

The success of the BMW Group has always been built on long-term thinking and responsible action. The company has therefore established ecological and social sustainability throughout the value chain, comprehensive product responsibility and a clear commitment to conserving resources as an integral part of its strategy. As a result of its efforts, the BMW Group has been ranked industry leader in the Dow Jones Sustainability Indexes for the last six years.