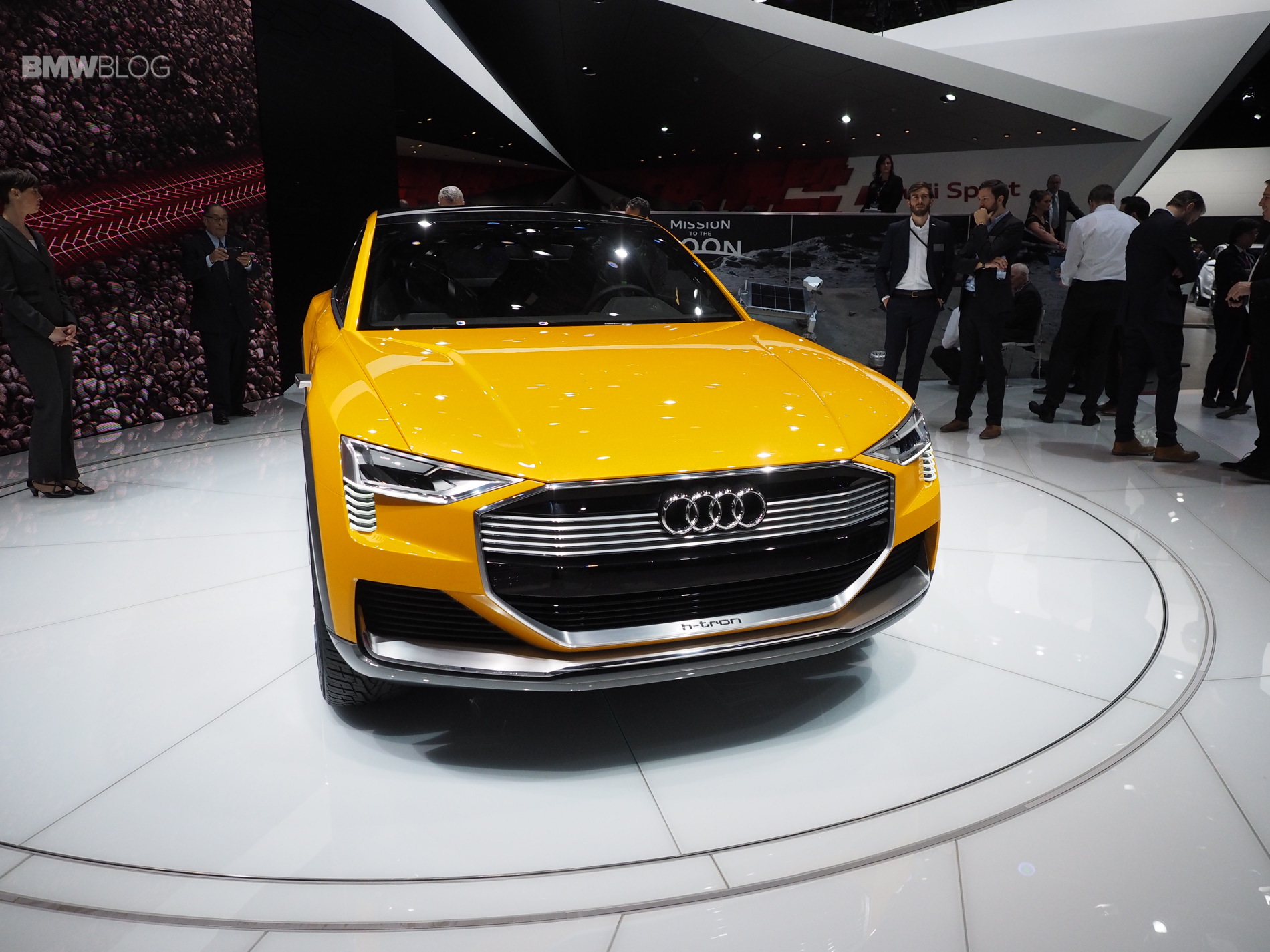 High range, swift refueling, sporty road performance — those are the three main goals for the h-ton Quattro. The h-tron is still uses an electric drivetrain, much like the e-tron Quattro, but instead of being purely battery-powered, it will use hydrogen fuel cells that deliver up to 110 kW with a battery that provides a temporary boost of up to 100 kW. 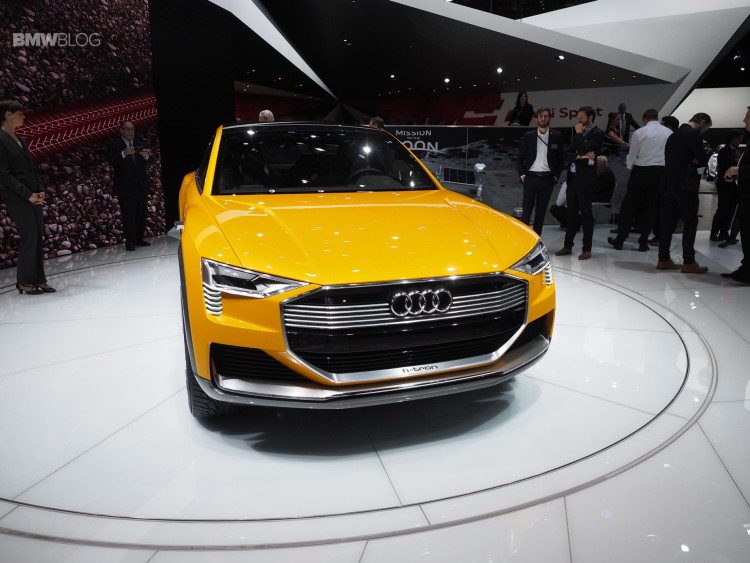 The fuel cells will power two electric motors, one electric motor on the front axle develops 90 kW (120 hp), and its rear counterpart 140 kW (187), which will allow the h-ton Quattro to hustle from 0-60 mph in under seven seconds. This is a pretty big departure from the much more powerful e-tron Quattro, but it does come with its benefits. 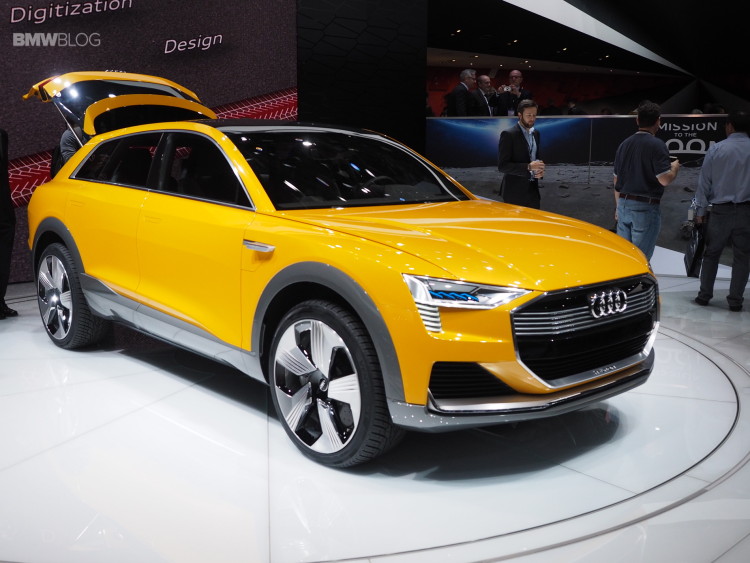 The Audi h-tron Quattro Concept will have a range of up to 600 kilometers (372 miles) and will have a refuel time of only four minutes. This is the huge benefit of hydrogen power, being able to stop and refuel just as quickly as a gasoline car. Only compressed hydrogen costs far less than the price of gasoline, making it much more economical. hydrogen is a little more costly than pure electricity, but it has the added convenience of further range and faster refuel times. 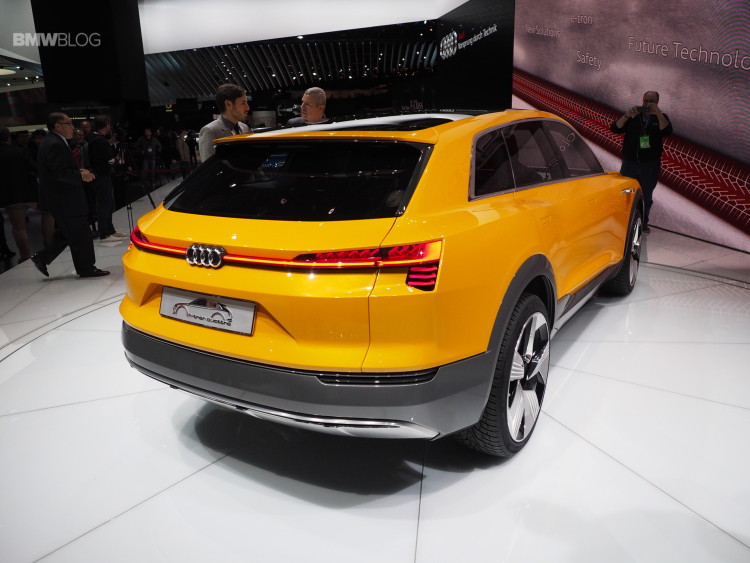 The h-tron will also have Audi’s suite of autonomous and remote parking technology. The self-piloting technologies will be available in 2017 on the upcoming Audi A8 and create a digital map of everything around the vehicle, allowing it to move through traffic, parking spaces or anything else with extreme accuracy. 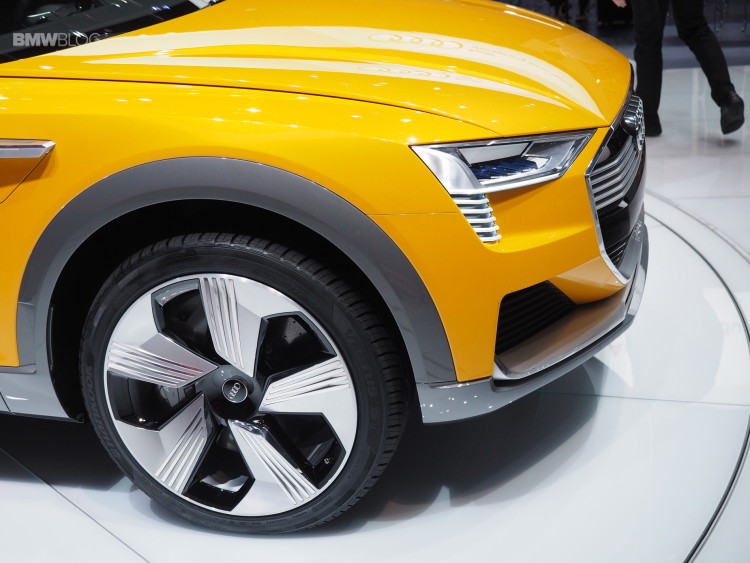 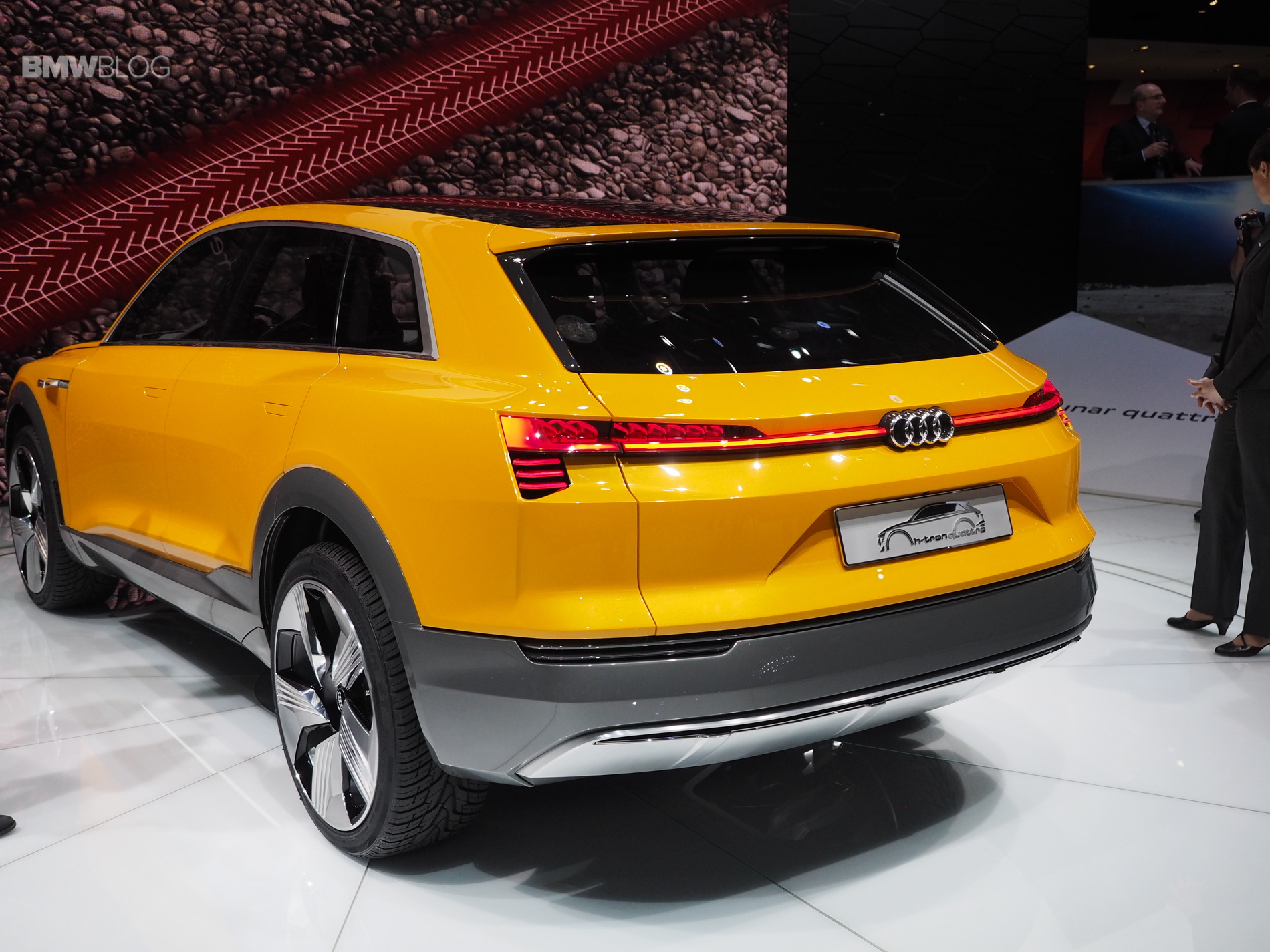 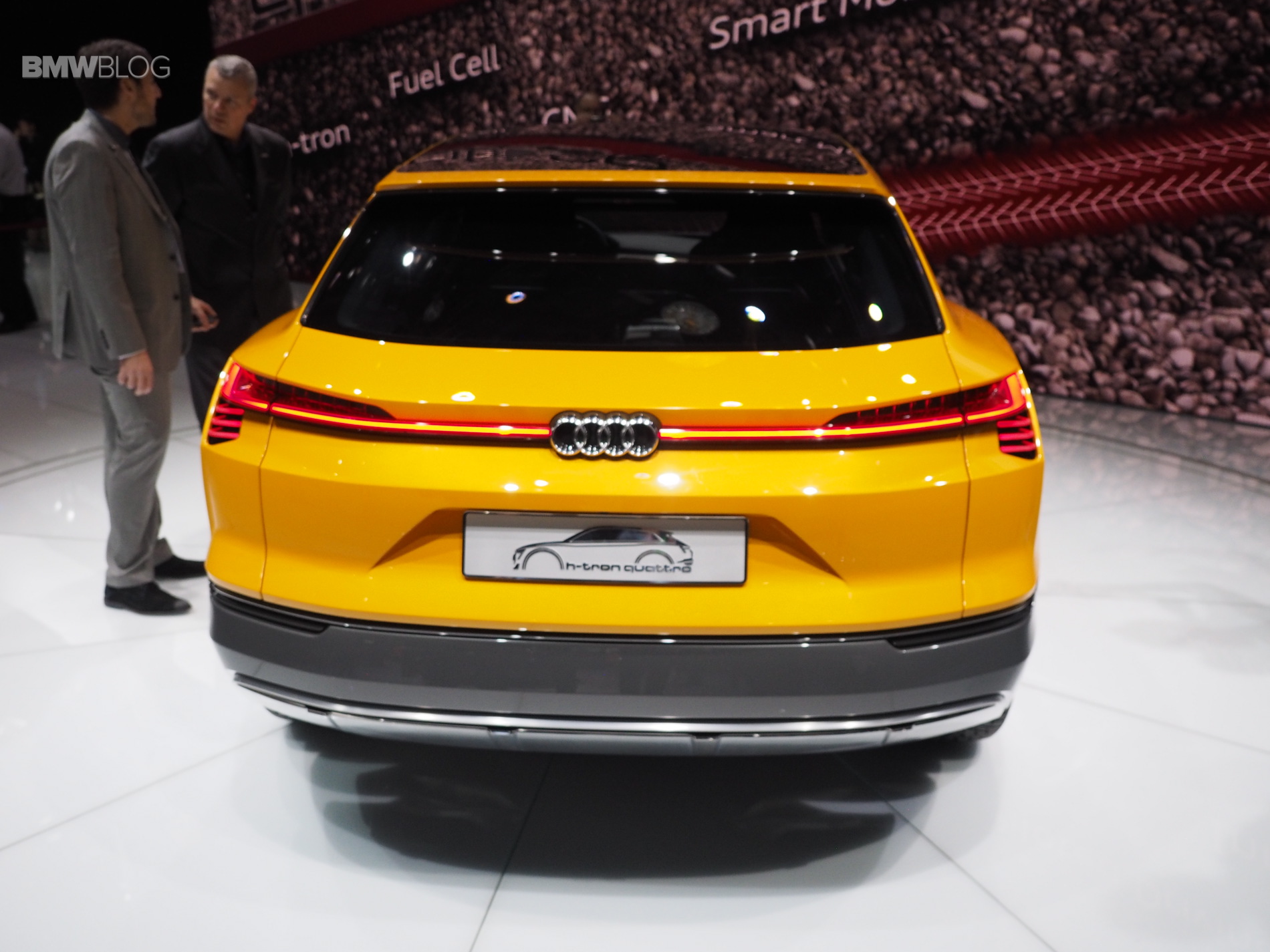 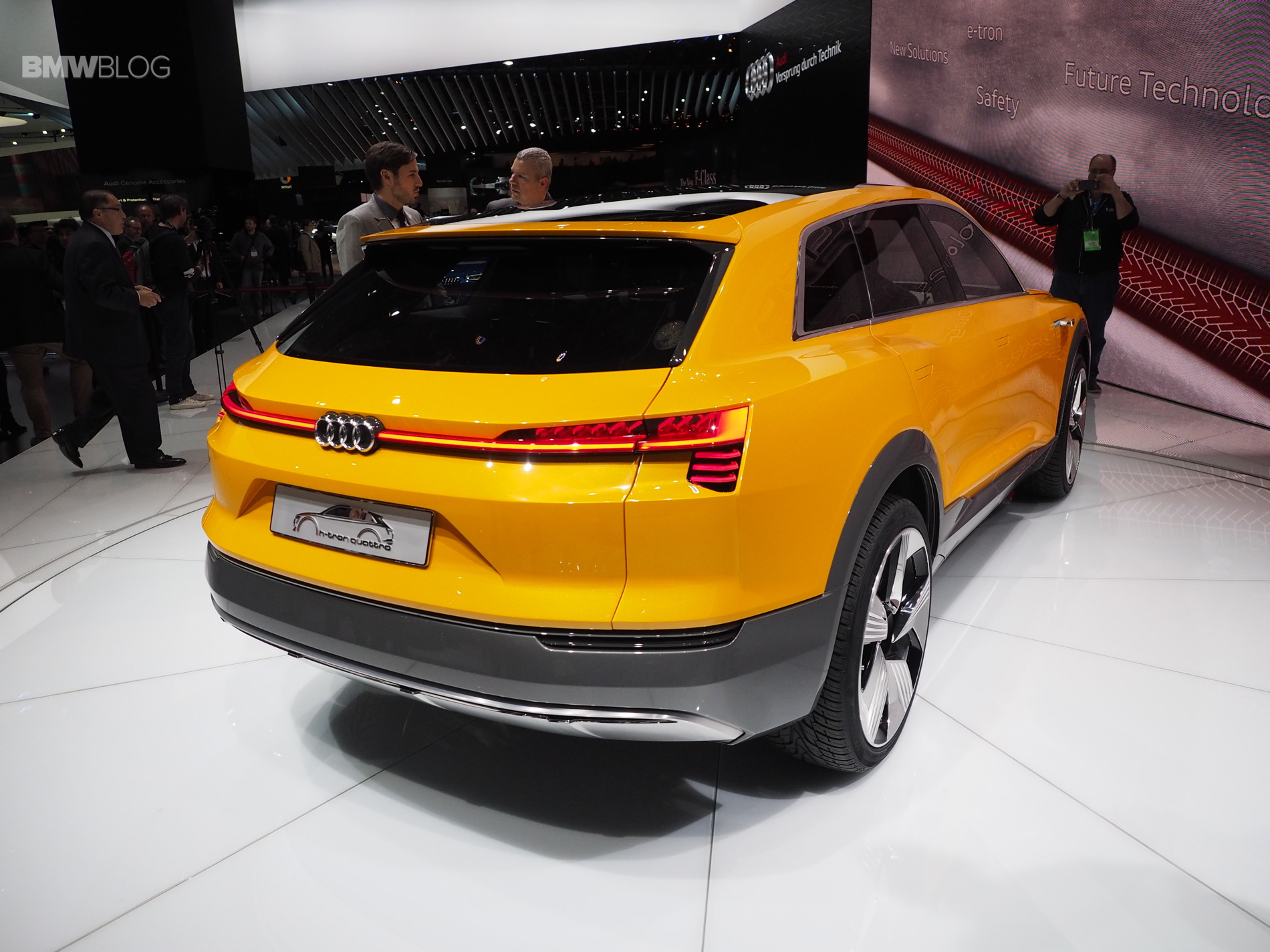 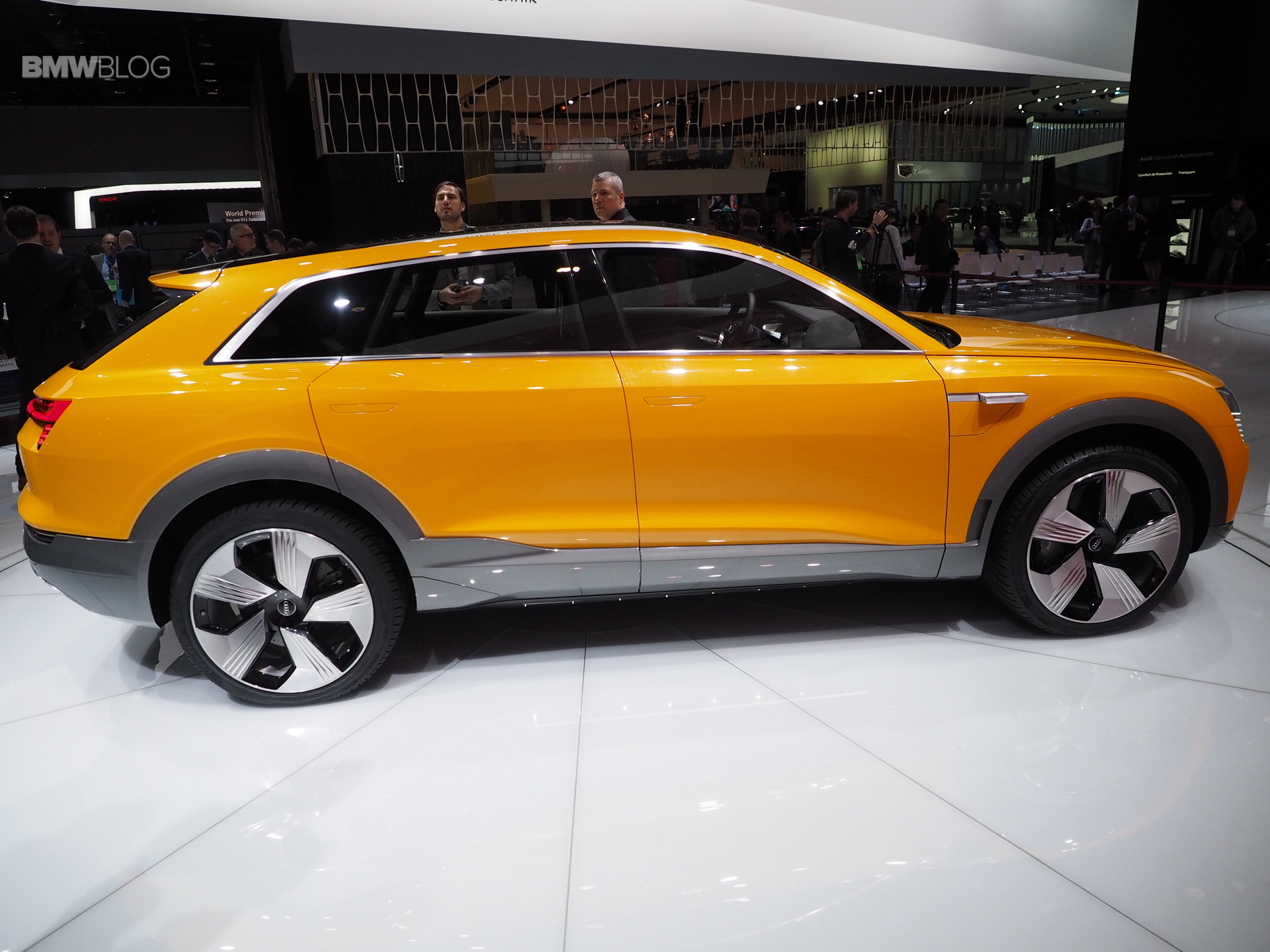 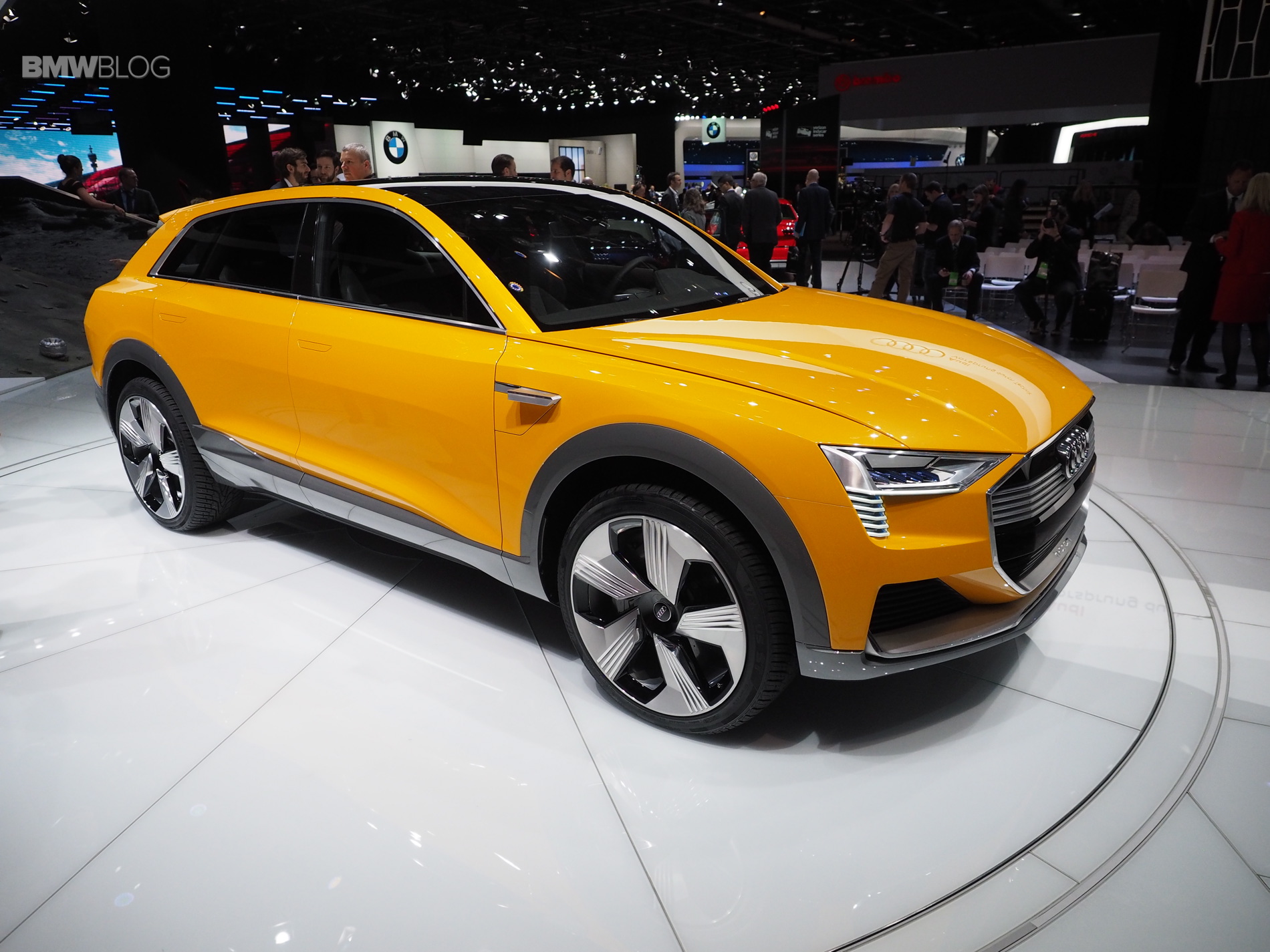 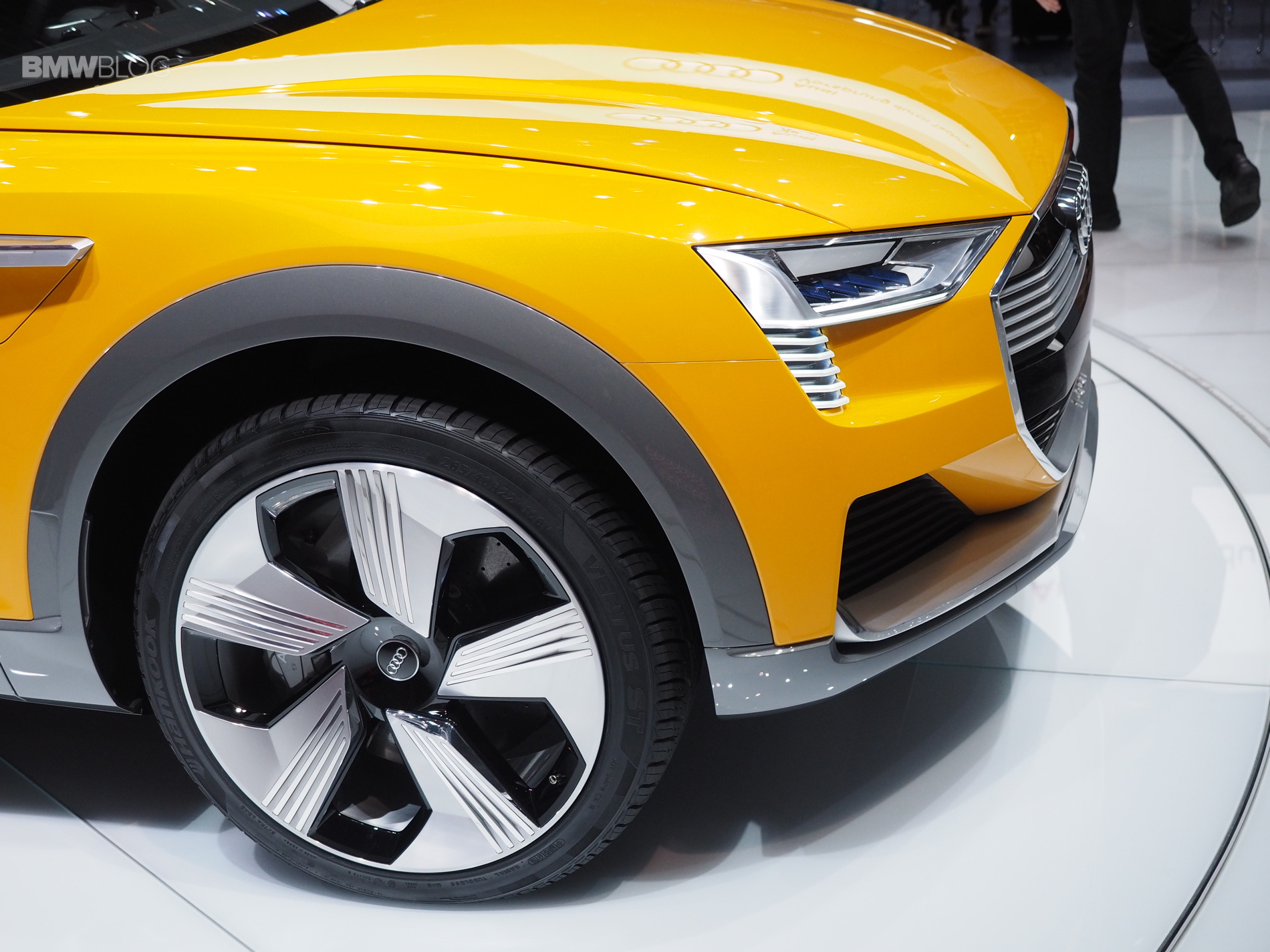 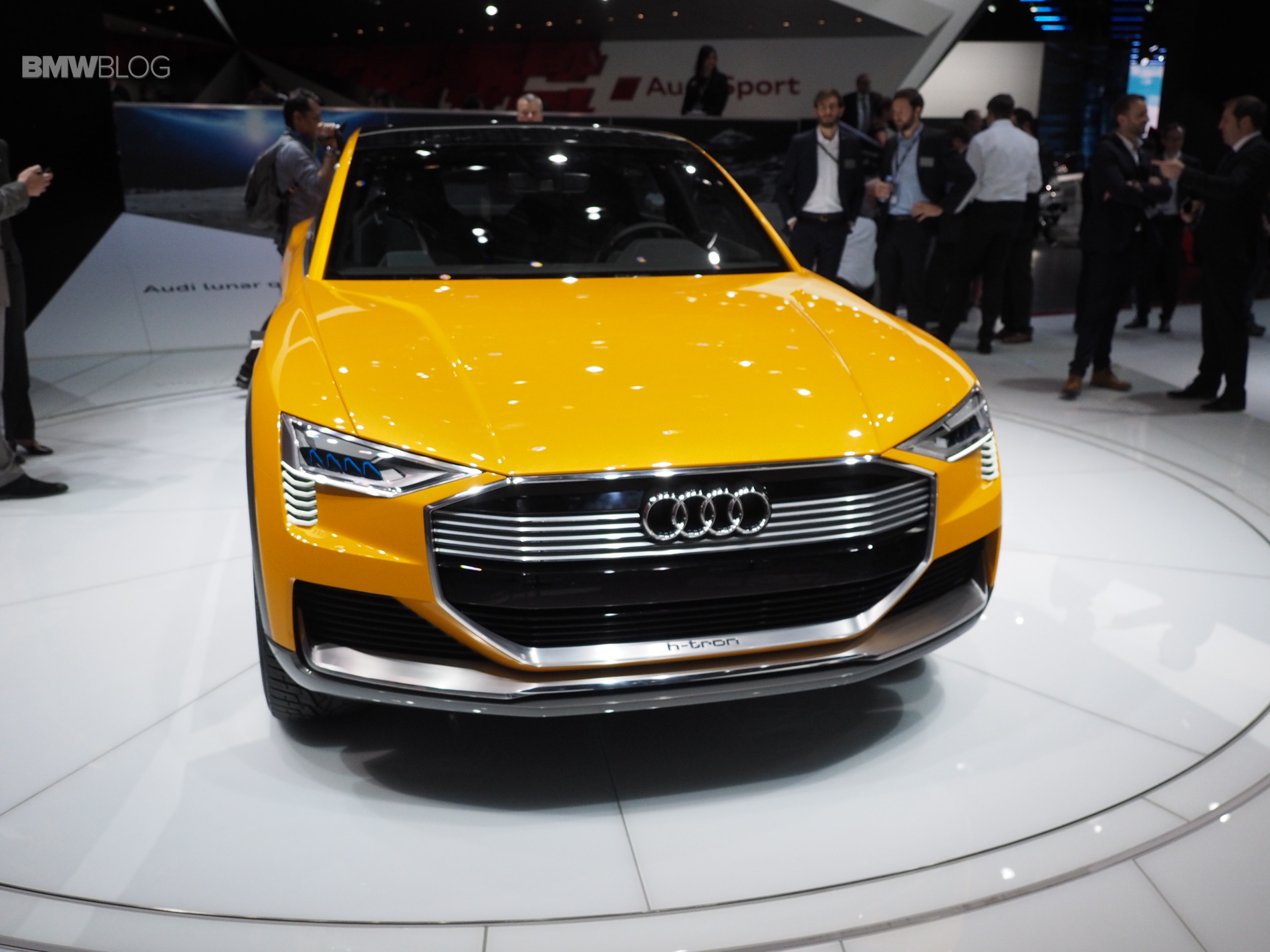 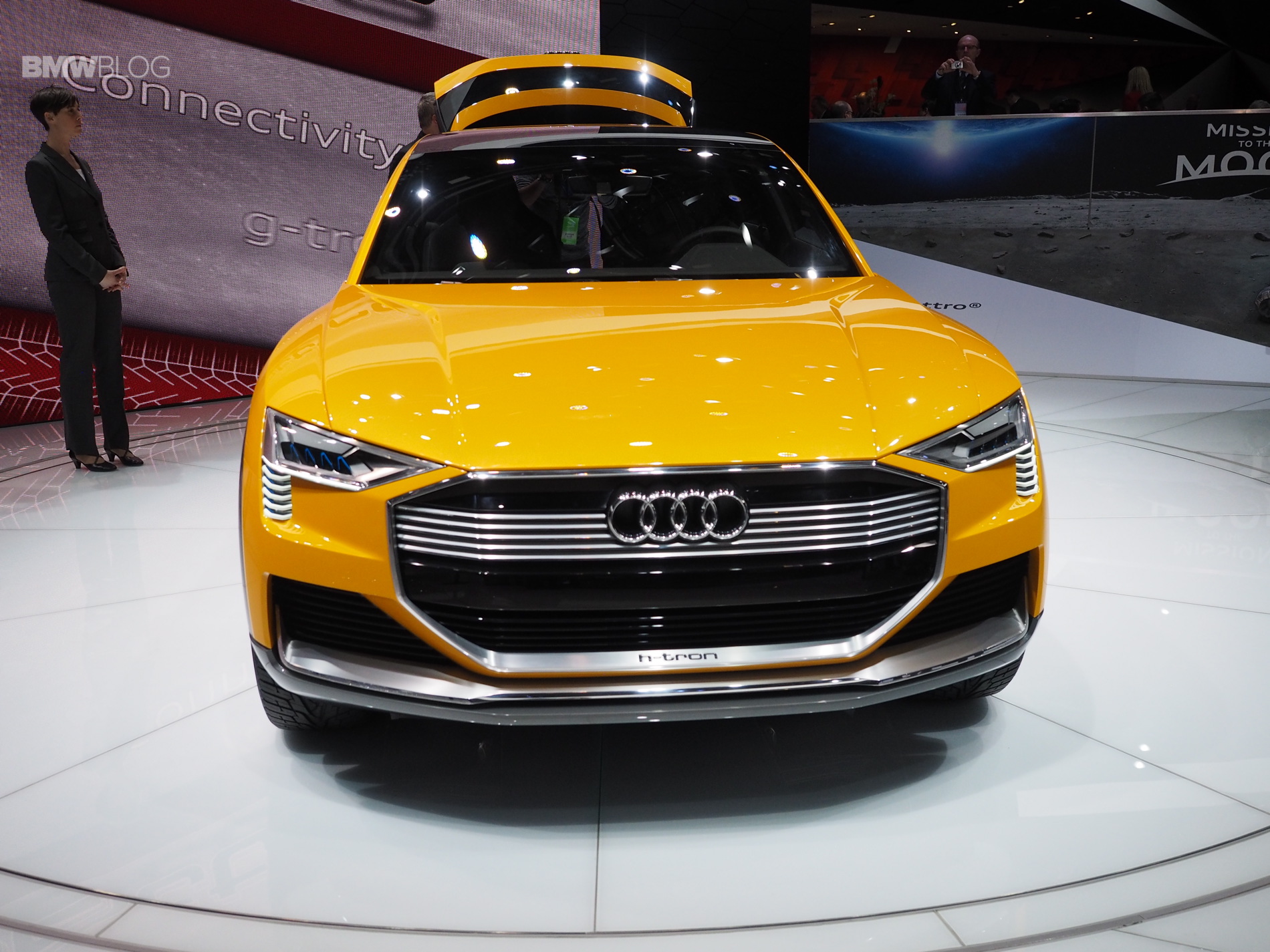 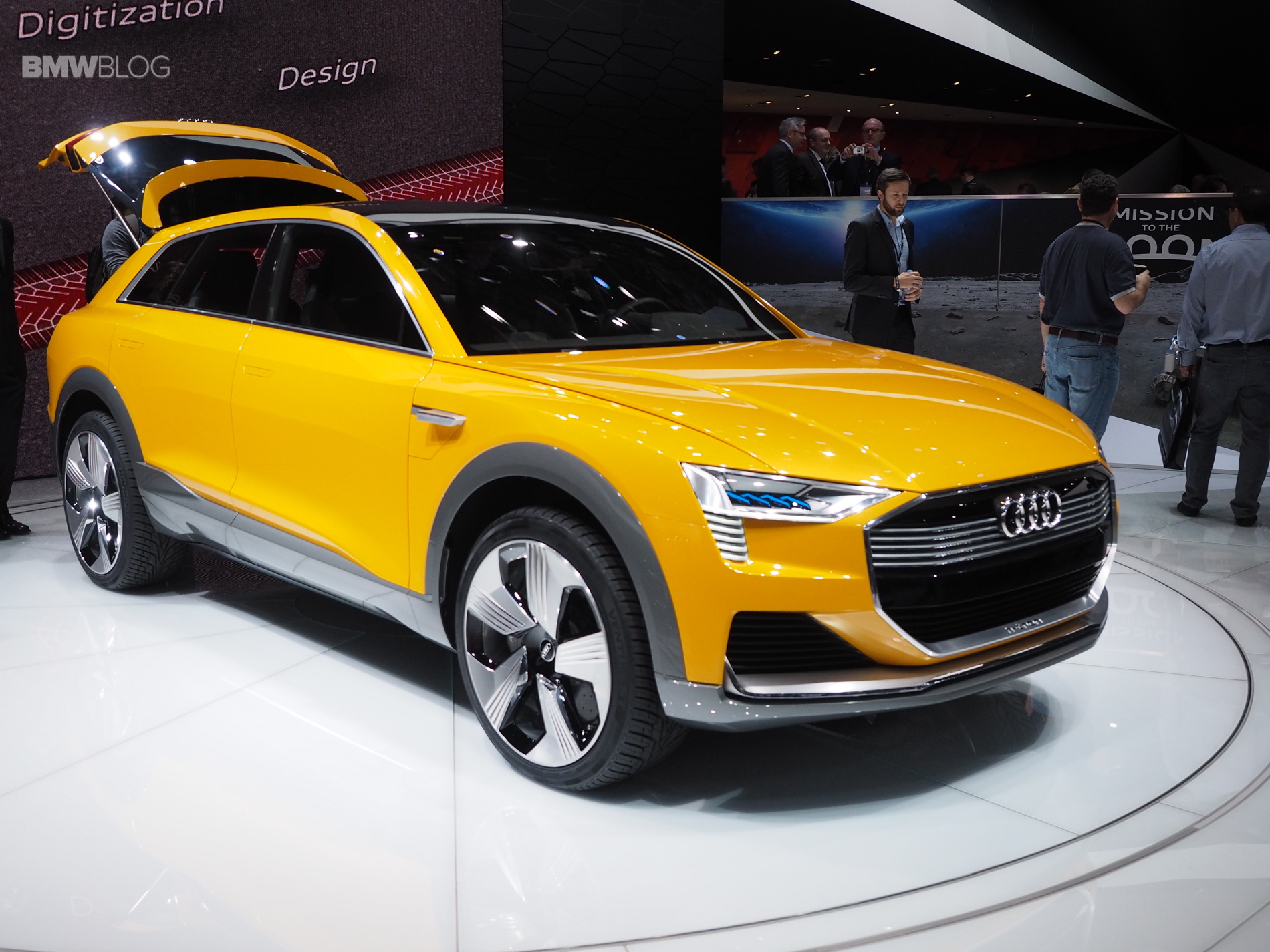