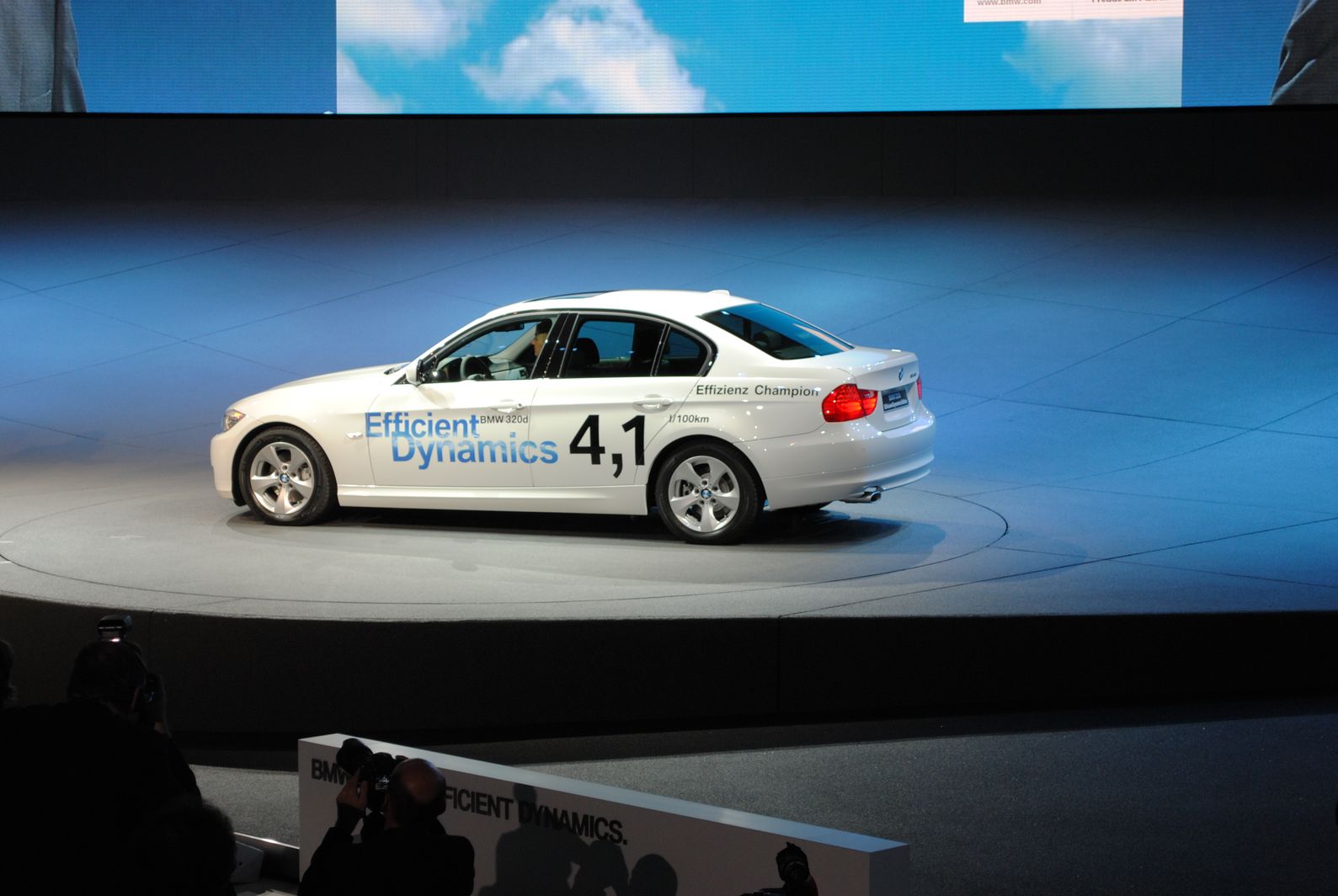 In the 2011 World Green Car category, the highly-efficient BMW 320d EfficientDynamics has been nominated along with the Chevrolet Volt and the Nissan LEAF.

The final awards will be handed out at the 2011 New York Auto Show.

Press Release: At a press conference hosted by Bridgestone Corporation and the New York International Auto Show at the Geneva International Motor Show, the top three finalists for the World Car of the Year, World Performance Car, World Green Car and World Car Design of the Year awards were announced today. 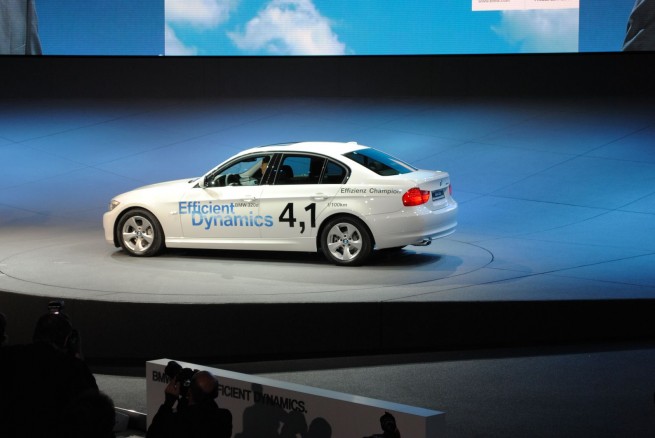 The winners will be declared at the New York International Auto Show on Thursday, April 21, 2011.

From an initial entry list of thirty-nine (39) new vehicles from all over the world, then a short list of ten finalists, the top three contenders for the overall 2011 World Car of the Year title are, in alphabetical order: the Audi A8, the BMW 5 Series and the Nissan LEAF.

To be eligible for the overall World Car award, the candidates must become available for sale on at least two continents during the period beginning January 1, 2010 and ending May 30, 2011.

Vehicles are selected and voted on by an international jury panel comprised of sixty-six (66) top-level automotive journalists from twenty-four (24) countries around the world. Each juror was appointed by the World Car Steering Committee on the basis of his or her expertise, experience, credibility, and influence. Each juror typically drives and evaluates new vehicles on a regular basis as part of their professional work. All hold significant stature within their own regions and countries.

The top three finalists for the 2011 World Performance Car award are, in alphabetical order: the Ferrari 458 Italia, the Mercedes-Benz SLS AMG and the Porsche 911 Turbo.

Entrants may be chosen from that list of eligible vehicles, or they may be newly introduced variants that satisfy the same criteria, but are derived from existing rather than brand-new models. In all cases, they must have a minimum annual production rate of five-hundred (500) vehicles.

The World Green Car* award is presented by Bridgestone Corporation (Japan). Ryoji Yamada, General Manager of Brand Management said, “We are very pleased and honored to sponsor the 2011 World Green Car award. The environment is everyone’s responsibility. And throughout our global family of companies, we take this responsibility very seriously. We believe it is our mission to serve society with superior quality… not just with eco-friendly products but also in the way we produce those products and the way in which we support our many communities with environmentally-friendly activities such as wildlife habitats and our Lake Biwa initiative in Japan”.

Due to the complexity of some of the ‘green’ technologies, three (3) green experts were appointed by the World Car Steering Committee to extensively review all documentation and specs associated with each candidate. They then create a short-list of finalists for review by the sixty-six (66) jurors in their second round of voting in February. The three green experts were in alphabetical order: Sam Abuelsamid (representing North America), Dean Slavnich (representing Europe) and Tadashi Tateuchi (representing Asia).

Cars eligible for the 2011 World Car Design of the Year award are taken from the list of World Car candidates or they may be included as a stand-alone entry provided the vehicle is introduced and available for sale in at least one major market during the period beginning January 1, 2010 and ending May 30th, 2011

A design panel consisting of five highly respected world design experts was asked to first review each candidate, and then establish a short-list of recommendations for the jurors. The design experts were: Masatsugu Arimoto (Japan), Silvia Baruffaldi (Italy), Gernot Bracht (Germany), Sam Livingstone (UK) and Tom Matano (USA). Jurors then voted on the experts’ recommendations. The top three design finalists as chosen by the jurors are, in alphabetical order: the Alfa Romeo Giulietta, the Aston Martin Rapide and the Ferrari 458 Italia.

Prime Research International, a global leader in strategic communication research and consultancy is once again the World Car Awards’ research partner. The company will provide strategic reports in 2011 that analyze our awards global automotive media coverage.

Now in their seventh year, the annual World Car awards have become one of the world’s most prestigious, credible and significant programs of its kind.