Set to make its debut early next year, the 2012 Audi A6 was officially unveiled today. A competitor to the new BMW 5 Series and the Mercedes-Benz E-Class, the new A6 brings some of the design cues seen in the A8 model.

On the outside, the car still has the arched windowline that has remains a trademark of Audi sedans. At the front, the now famous Audi LED headlights get revamped as well.

With the new design, the A6 makes extensive use of aluminum and high-tech steel components, therefore the car is 176 lbs lighter than the current generation.

The 2012 A6 is also shorter, sits lower and more economical than the old car.

Inside the new A6, the interior wraps around both the driver and front passenger. Leather and wood trip come to showcase the level of luxury expected from its customers.

At its market launch, the A6 provides both front-wheel drive and the all-wheel drive quattro system, and choice of five engines: the petrol powerplants range starts at 204-hp 2.8 FSI and the flagship is a 3.0 TFSI with 300 hp; in the diesels department,, there is first the 2.0 TDI, the 3.0 TDI and the 3.0 TDI quattro. The 2.0 TDI delivers 177 hp and the new A6 comes to CO2 emissions of 129 grams per kilometer, ie it is exactly on par with the BMW 520d F10. The V6 engine with front-wheel drive makes 204 hp and designed, while the four-wheel drive brings 245 hp.

The exterior dimensions of the A6 are relatively close to the BMW 5 Series, the Ingolstadt premium sedan is two centimeters longer. Despite the greater length of the Audi, BMW offers nearly six centimeter longer wheelbase and has shorter overhangs. The height of both models is 1.46 meters on the same level.

Inside, a standard MMI display comes with a 6.5 inch screen size, the largest available system provides 8.0 inches. BMW 5 Series has a standard 7.0 inch display and the larger model is 10.2 inches.

As always, we decided to put the two vehicles side-by-side and compare them from different angles. 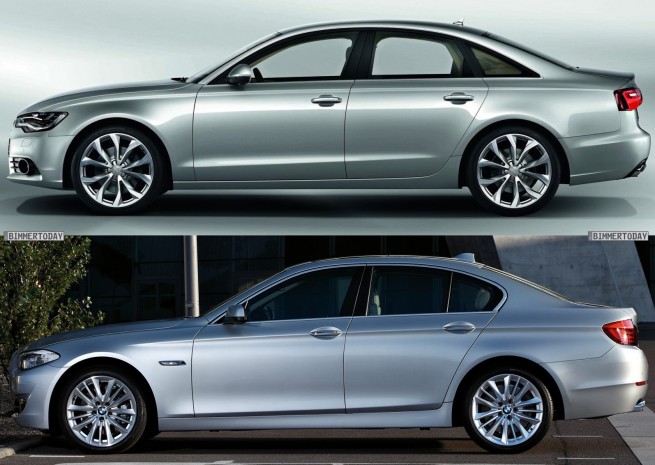 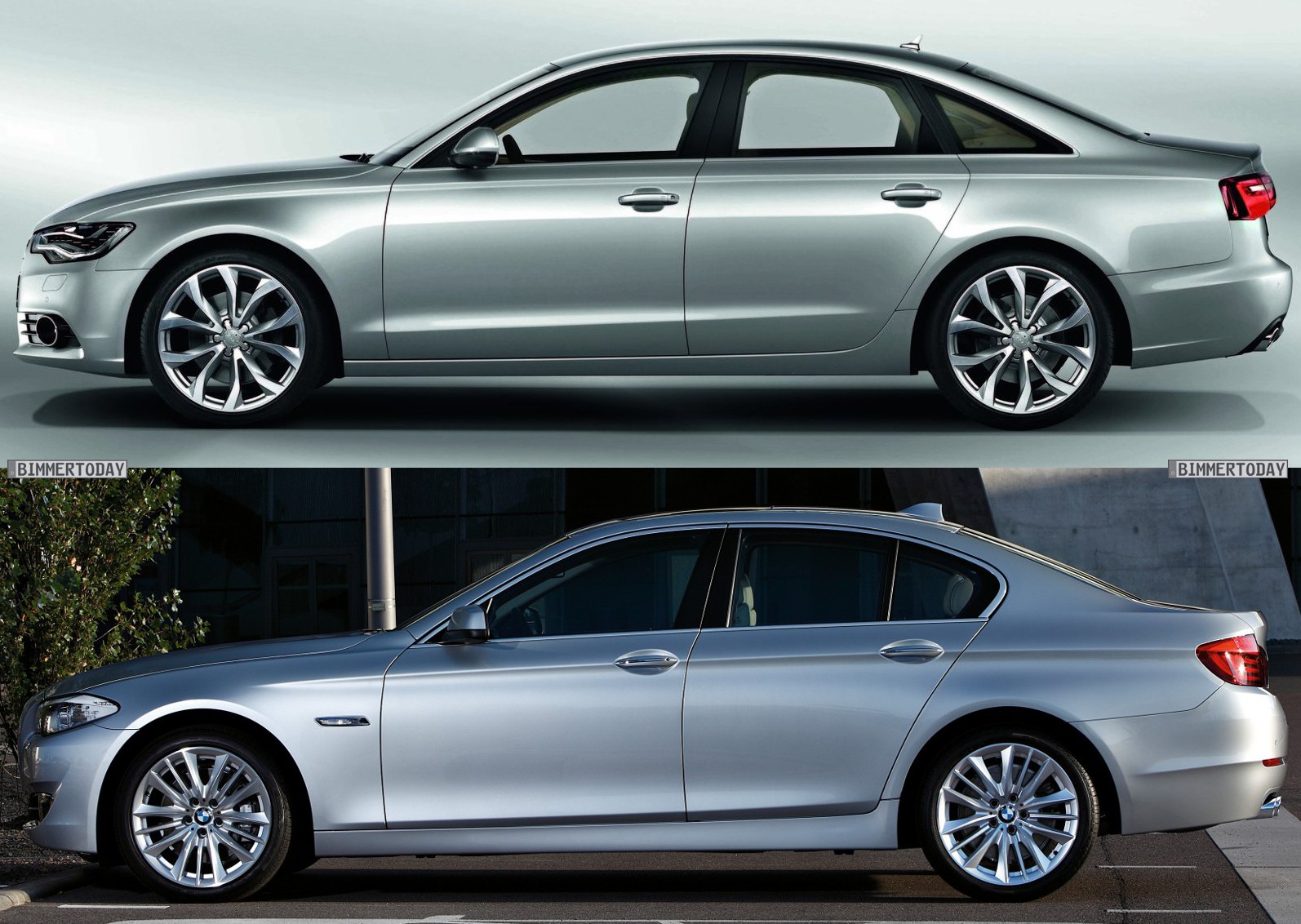