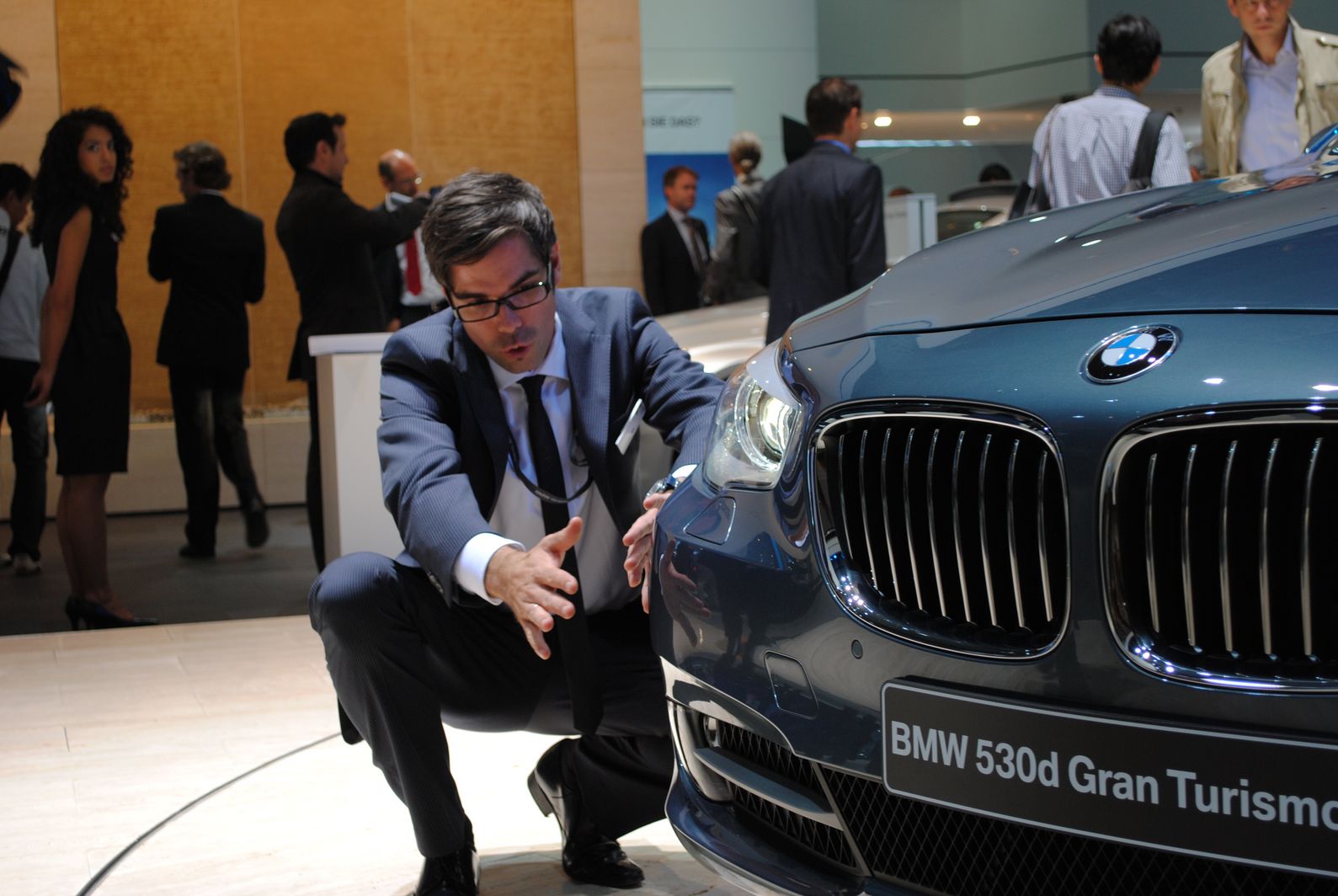 A new wave of talented designers rise at the Munich–based automaker, BMW. One of them is the automobile exterior designer, Christopher Weil, the man behind the latest and somewhat controversial BMW 5 Series GT. A young man passionate about art and architecture, Christopher Weil is part of  Adrian Von Hooydonk’s team and his new design language at BMW.

I met Weil two weeks ago at the Frankfurt Auto Show where he was present to introduce to the world his recent work, the BMW 5 Series Gran Turismo, a new addition to the future 5 Series family and one of these vehicles that shies away from the typical BMW design language.

The design of the 5 Series GT started in late 2005 with the first sketches, but the actual design process began in 2006. It takes three to four years to complete a model. When the competition began, Weil joined twenty other designers in the internal contest. Out of the twenty designers, six sketches and ideas are selected. After two rounds of evaluation and elimination, the models are narrowed down and at the end, three teams and their clay models are presented to the board. The winning design gets a tremendous vote of confidence and clearly, Weil was thrilled to be awarded such design task.

But the difficulties have yet to be revealed. 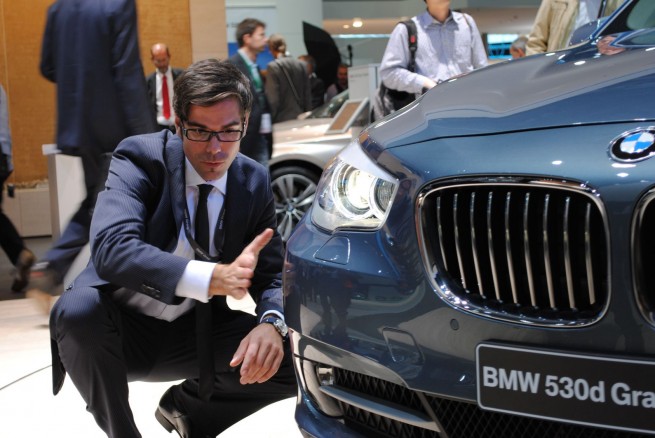 The Philosophy Behind The 5 Gran Turismo

The new BMW 5 Series GT takes the interior design of a BMW at the top of the luxury scale and this has been the starting point for Weil’s team. “For the first time, we developed the car from the inside out. Very important for the interior design is a feel of generous space”, says Weil.

Ever since the first official photos were released by BMW, many people began to associate some design elements of the 5 GT with the new 7 Series and of course, with the yet-to-be unveiled 2011 5 Series. “This car is very specific in its own design, has its own character, but common elements are there because BMW shares some design clues with other models. We have a new form language, so of course you will see some similarities. In the end, it is still totally different from any BMW.”, he says.

The company’s trademark design elements are still present in this model, the double headlamps, kidney grille and Hoffmeister Kink.

Designing a new model comes with multiple challenges, several hurdles than need to be conquered by any designer working on a production car. “I did advanced design, now I’m doing production design. The design is totally different, more mature. There are different challenges, you have to come up with new ideas if something doesn’t work, and talk to the engineers to try new things.”, Weil talking about some challenges.

But some of the biggest challenges encountered in production design come from the the strict pedestrian safety standards that have turned the car designing process into an even more complicated task. “The design in the beginning is more wild, not as mature as in the end, but the character of the car was identical from the beginning to the end.” It seems like Weil managed to take these obstacles into considerations early in the design stages and successfully maintained the initial character of the 5 Gran Turismo.

The Design And Dynamics


When the new BMW 7 Series launched, many of us have been reluctant to accept the new flat “nose” with the oversized kidney grille. In time, the front fascia of the 7 grew on us. Built on the same platform as the 7 Series short-wheelbase model, the 5 Series Gran Turismo tones down the front-end of the 7 by offering a more attractive and easier accepted design. Beside the unique design aesthetics, this new front-end has shown to provide improved airflow to the engine compartment.

“The configuration part of the lower air intake is also very good because it is higher in the middle of it, so the air can flow into the radiator while the rest is going underneath”, says Weil, “Great advantage.”

Wheels have been designed specifically for this car, but there are others coming from the BMW program as well. The concept wheel has been very challenging since the team’s goal was to improve the aerodynamics.

Corona rings stand for BMW now and Weil uses them in the 5 Series GT for daytime running lights as well.

When asked about the car’s dynamics and ride quality, Mr. Weil replied: “A great feeling to drive it, comfort, really comfort ride, sporty mode, very sporty, drives like a BMW, but totally different, very hard to explain in words. Lots of space inside and a higher seating position.”

But is it more dynamic than the 7 Series? “A little sportier than the 7”, says Weil.

What Makes A Good Automobile Designer?

Every car designer has an unique story to tell, some of them are world globetrotters working in several design departments within the company, others are natural born artists, but in  the end they all share the same passion:  the art of automobiles.

Before becoming a great automobile designer, how does one start? “Since I was born, I was interested in cars, but more interested in forms, rather than mechanics. Later, it has changed. To be a good designer, you need to know both.”

Some inspiration comes from art galleries and architecture, and Weil is no stranger to these:”As a designer, you have to be curious and open to ideas”.

Classy BMW designs are some of Weil’s favorites as well, starting with the BMW 2002 and continuing with the CSI model.

A final question concludes the great interview we had with Christopher Weil, a very passionate man about his work, passions that can be sense in his voice and gestures.

What defines a BMW for you? “Emotion”, says Weil. “I think when you’re looking at the car, any BMW, you’re emotionally attached.” 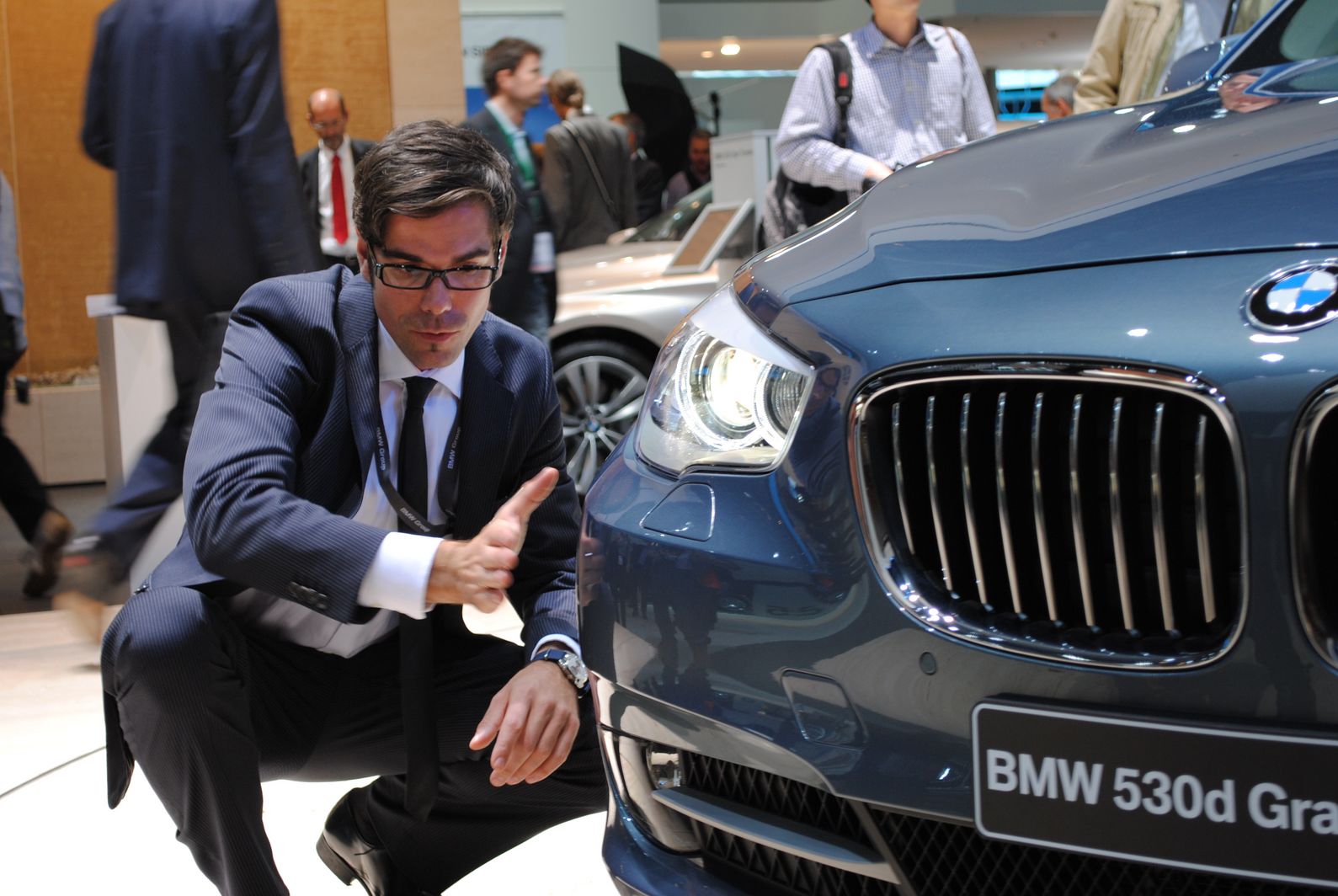 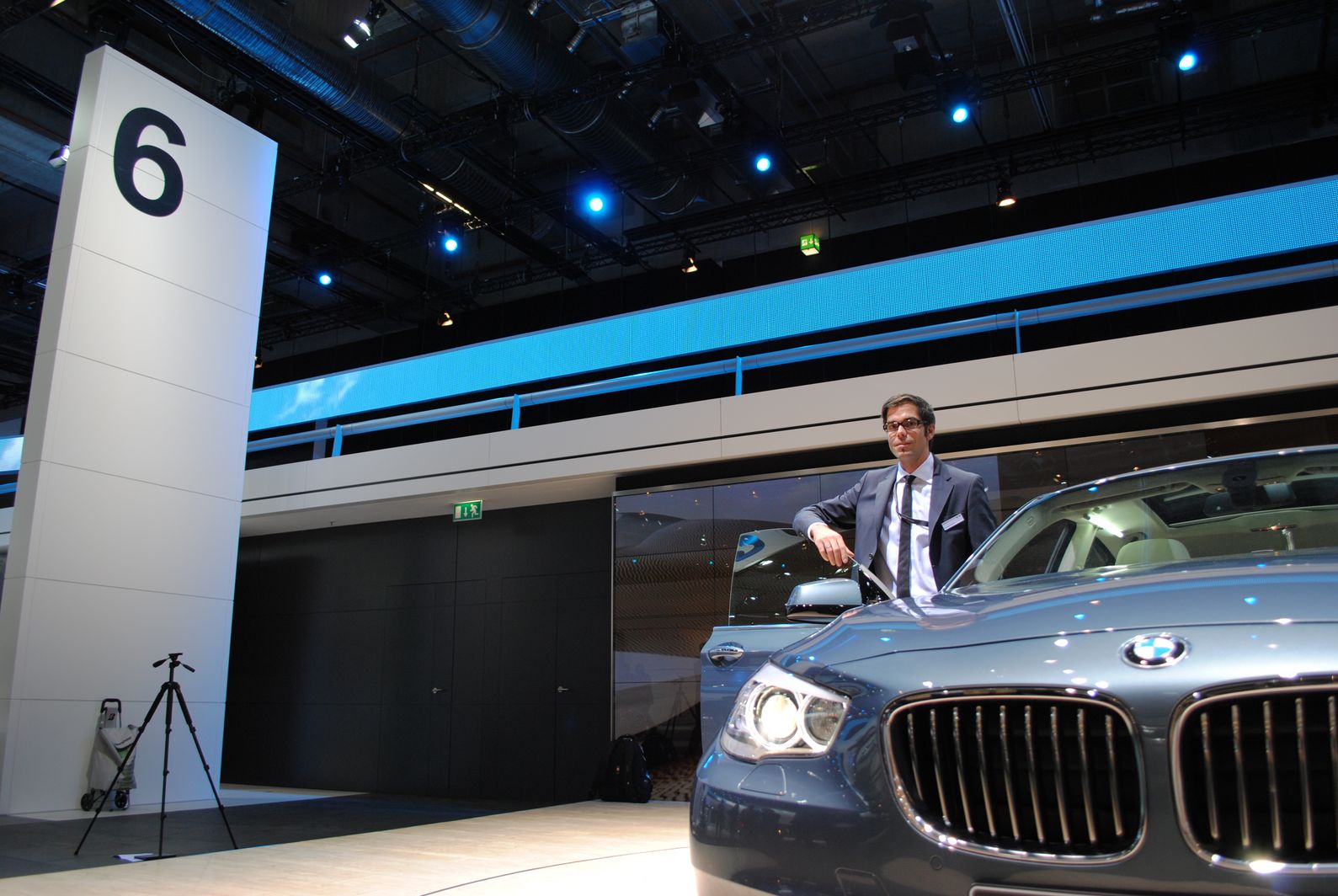 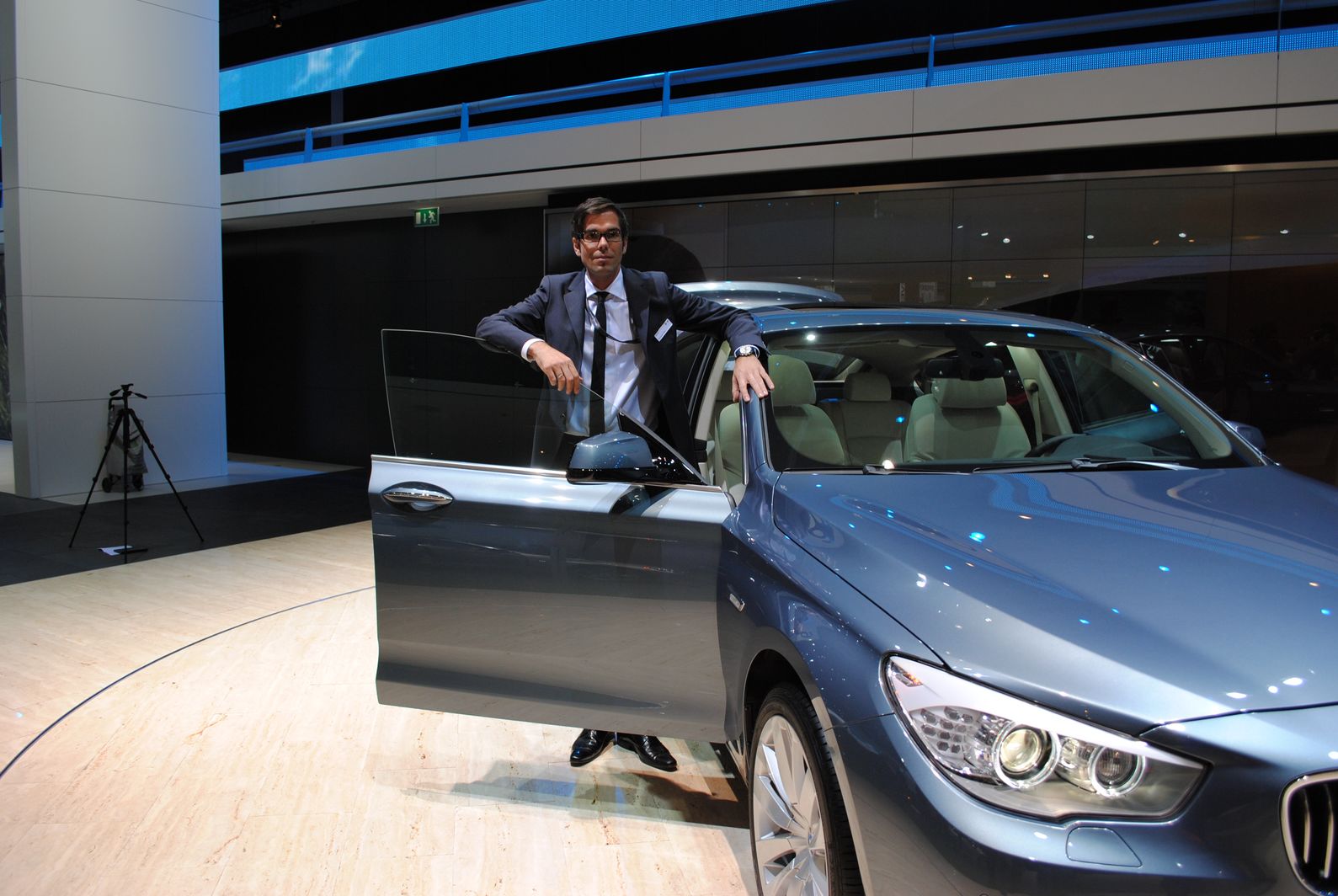 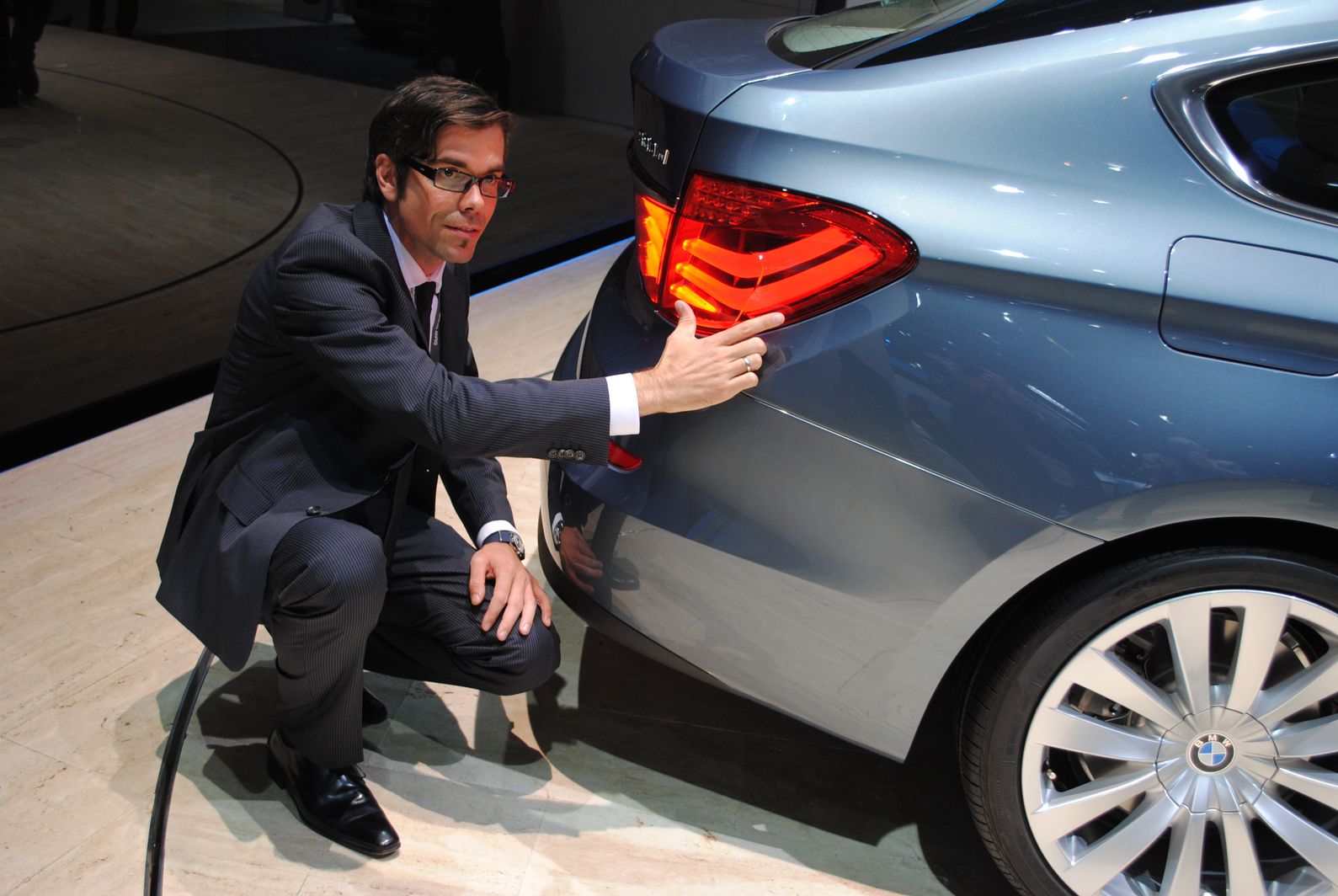 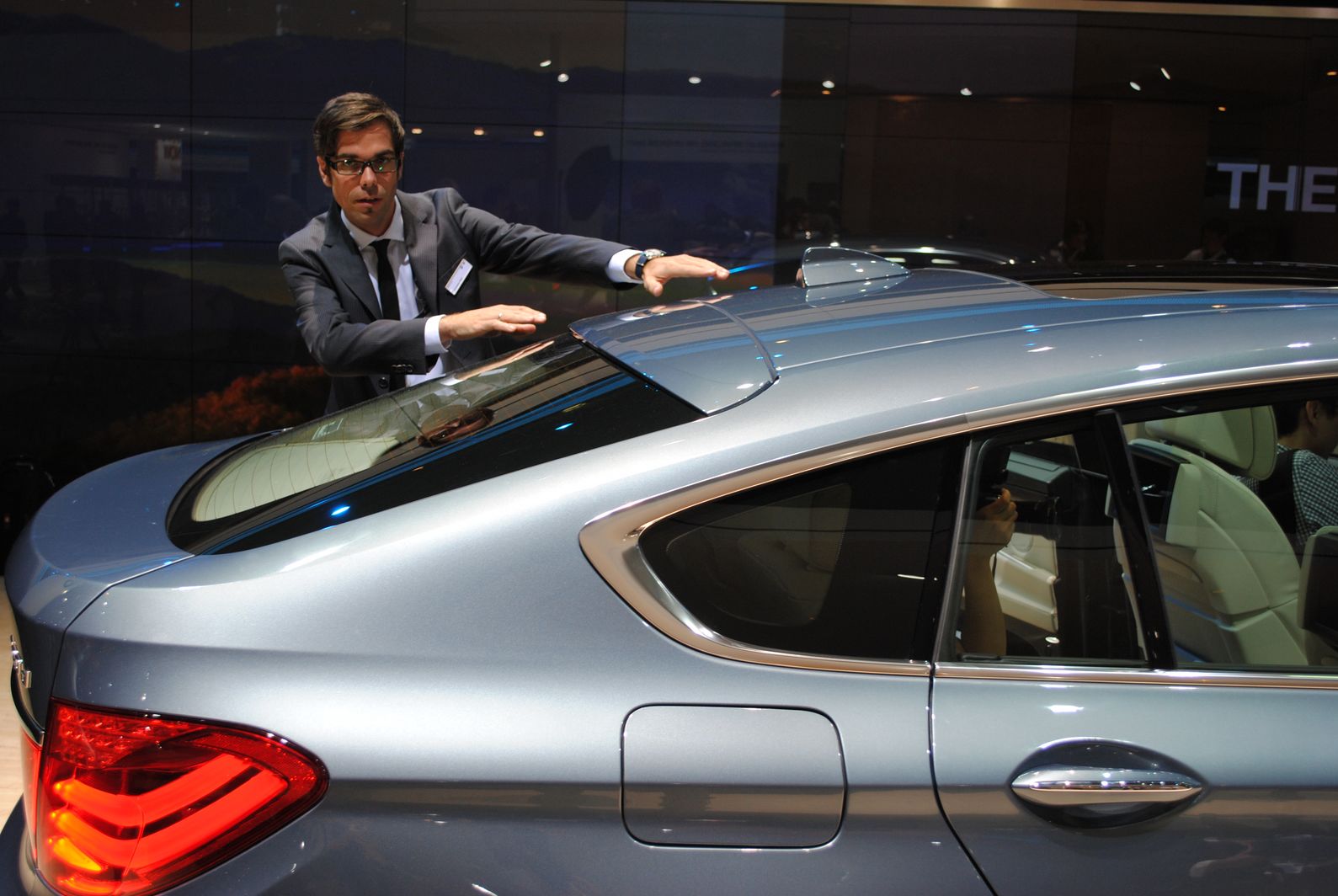 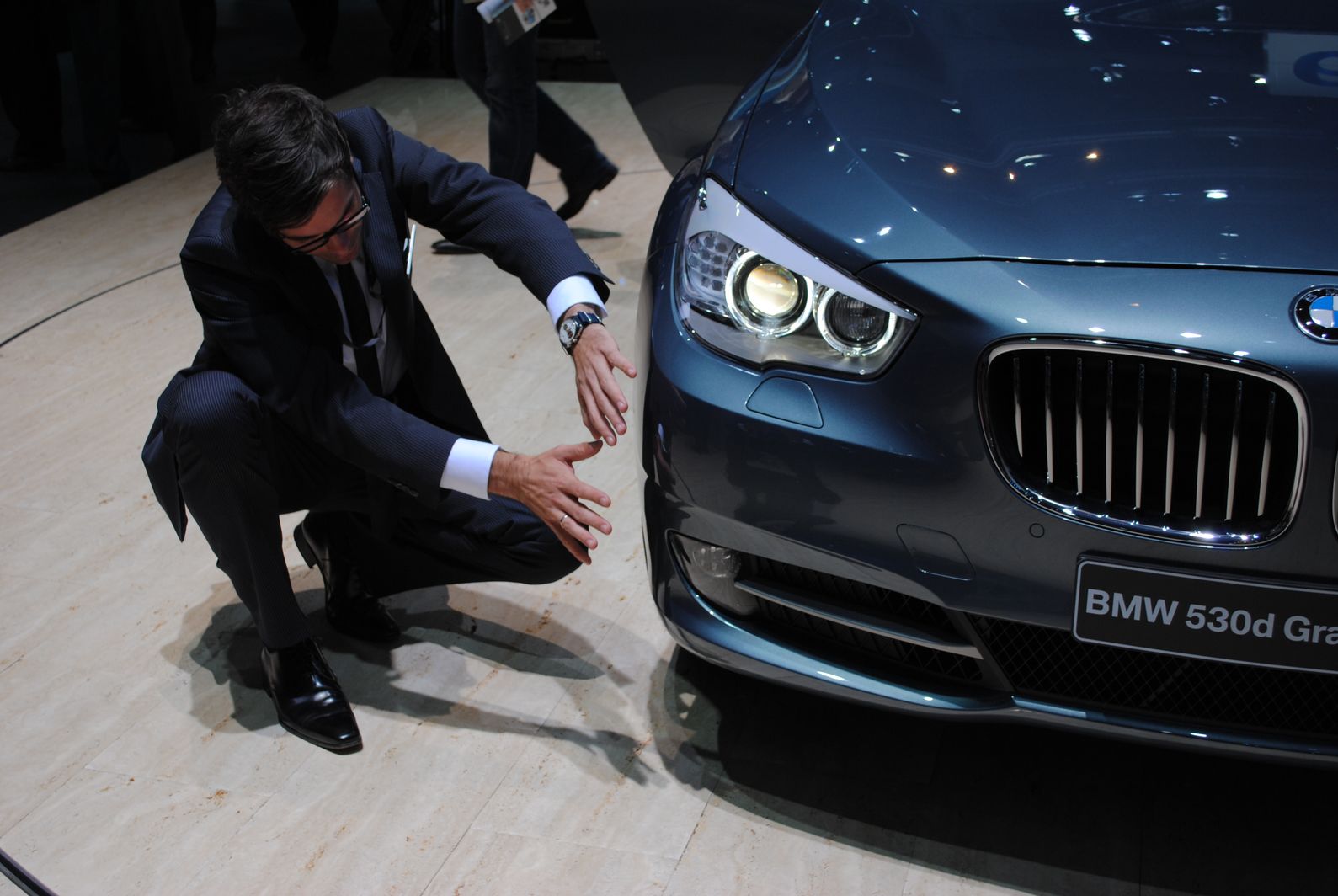