With just a subtle difference between the Alpine White and Mineral White, for the casual onlooker, the two exterior finishes will look the same. However, Mineral White does come with a bit of a darker…

This Yas Marina Blue BMW M3 project is one of the cleanest we’ve seen recently. The build comes from AUTOCouture Motoring, an experienced tuning powerhouse that is known for creating some of the most appealing…

Some would think that, with the abundance of standard and Individual finishes available for the BMW M4, there isn’t much more customers would need. On the other hand, to some, borrowing color finishes from the likes of… 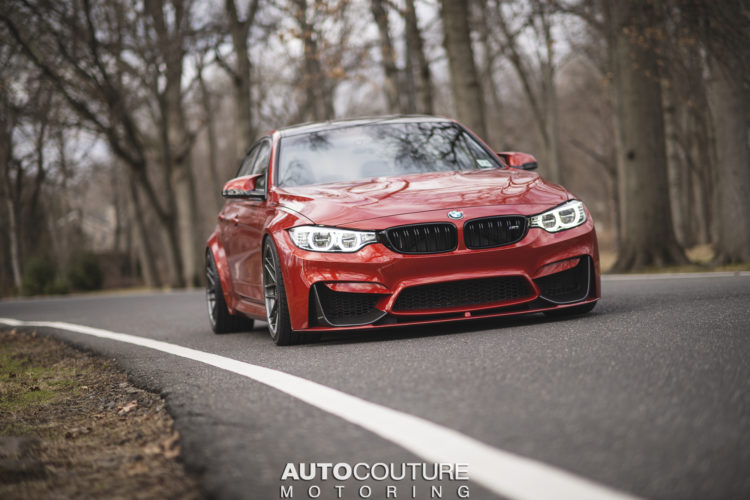 Even though this Sakhir Orange BMW M3 doesn’t come with a vast list of aftermarket modifications, it is one of the most gorgeous projects we’ve seen to date. The build was completed by AUTOCouture Motoring,…

This Alpine White BMW M4 GTS gets some visual upgrades

There certainly are a few crazy paint jobs offered by BMW in their product catalog. And clearly, all of them turn a car like the BMW M3 into a true eye catcher. Fire Orange, on…

Grabbing that perfect rolling shot, that’s what automotive photography is all about. The following photoshoot features a beautiful Silverstone II MW F80 M3 modded by AUTOCouture Motoring. This particular BMW M3 is equipped with a…

Austin Yellow BMW M4 With A Lot of Carbon Added

This Austin Yellow BMW M4 isn’t as heavily modded as some recent builds we’ve featured. It comes with a series of more subtle, albeit more stylish upgrades on both the exterior and inside the cabin….

This Melbourne Red BMW E90 M3 build comes courtesy of AUTOCouture Motoring and features some aftermarket body work alongside these HRE Performance Wheels. The tasteful upgrades give the car a more modern look and make…

This Tanzanite Blue Metallic BMW M3 is a six-speed daily driver used for hauling kids to and from school. The owner decided it was time to upgrade the exterior and add a bit more aggressive…

Signal Green is a great choice for an aftermarket build as it gives the project car a flashy look. This BMW M3 build was done by AUTOCouture Motoring, showcasing a bevvy of aftermarket parts installed. The vehicle is…