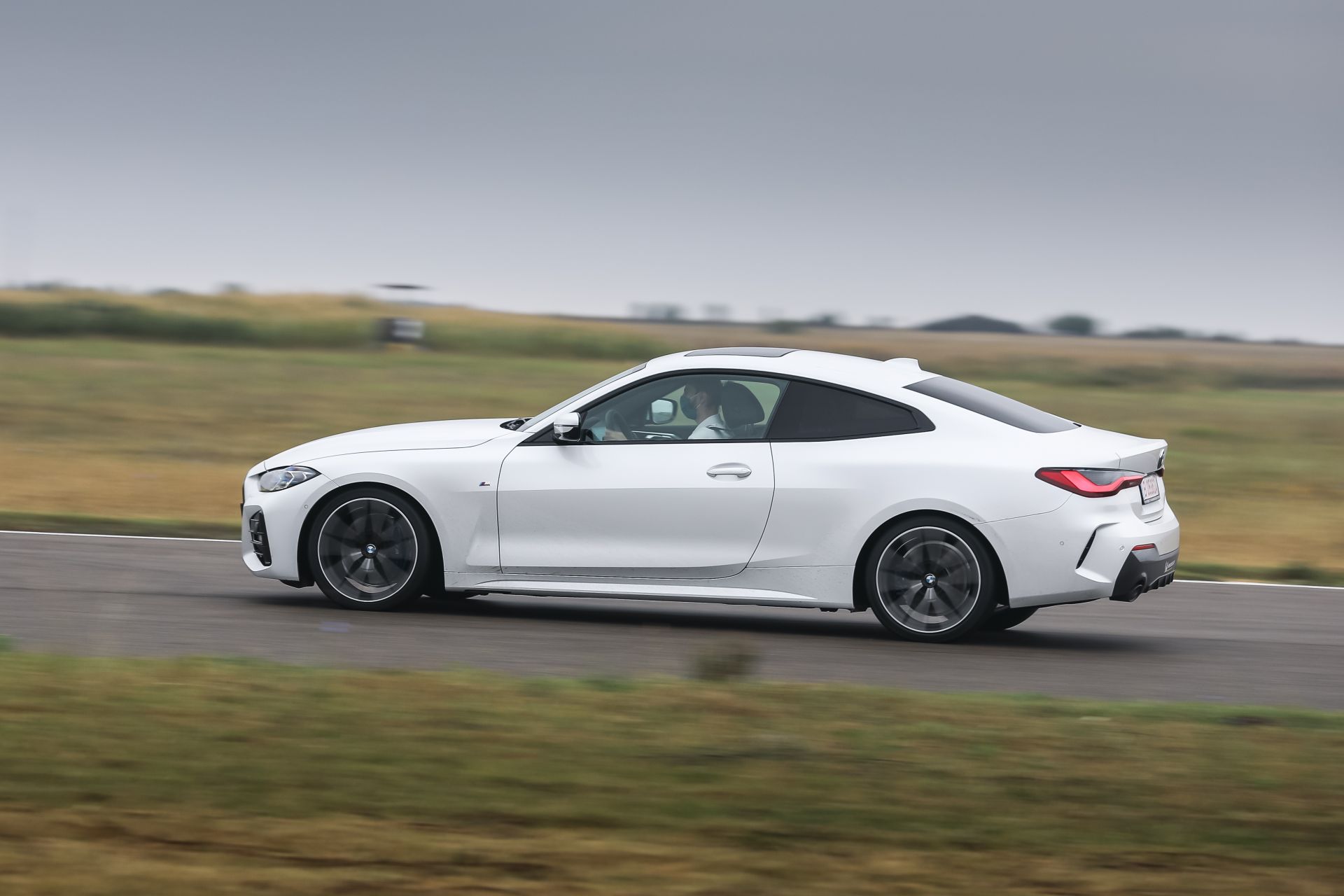 There seems to be a trend as of late to render brand new cars as if they were sold as absolute bare-bones models, with plastic bumpers and steel wheels. While that’s not the sort of thing that actually happens with premium models, sometimes it’s fun to think of what a premium, luxury car might look like if it were stripped down to the bare minimum to be sold as cheaply as possible. In the case of the all-new BMW 4 Series, it looks worse than normal.

Obviously, when you see these renders they look worse than the standard car. That’s sort of the point. Sometimes that’s not the case, as some cars are oddly charming when stripped down to nothing, but it is the case with the new 4 Series. With black plastic bumpers, black door handles and black mirrors on a white car, it looks like BMW forgot to finish building it. A large part of that has to do with the front end, though.

In this render, we see that the entire front bumper has been blacked out. But because 80-percent of the front end of the BMW 4 Series is grill, that doesn’t really leave anything left. So it’s as if there’s this huge void at the front of the car and it looks laughably bad. Though, that’s sort of the point of these renders, isn’t it?

Also, the render rids the 4 Series of BMW’s cool new LED headlight design and replaces it with some cheap halogen bulbs. They look especially bad and really emphasize how much a lighting design can help the front end of a car. Previously, I thought the 4er’s headlights were its best attribute up front. In this render, with those headlights gone, the entire front end looks sloppy and cheap.

Obviously, BMW isn’t going to be selling a 4 Series in any such manner, so there’s no need to panic if you were hoping to buy or lease an entry-level 4 Series. Your car will be wonderfully well equipped. Though, it will still have that grille…