Home » Car Magazine speculates on the pricing of 2021 BMW M3

We are still more than a year away from the premiere of the new 2021 BMW M3 (G80), but important details are starting to come out. The high-performance sedan will be a revolution in all aspects. Styling wise, the new M3 will be a mix between the 3 Series and 4 Series, yet more aggressive than we’ve ever seen before. The signature front fascia will be derived from that of the G22 4 Series, which is bound for official premiere next summer.

The front-end of the G80 M3 will feature the gargantuan nostrils seen on the BMW Concept 4 and a pair of slim and elongated headlights. The huge kidney grille will mark a complete shift in the BMW styling philosophy, aimed at making the new models more controversial and highly unique.

As an exclusive to you, we learned that the grille on the G80 M3 will be slightly different than the one on the G82 M4, but same size. However, the rear-end will be well known from the current G20 generation, but specially for the M3, it will sport quad circular M exhaust pipes and widened wings.

Inside, you’re likely to find an attractive and powerful looking cabin in true M style. The 2021 BMW M3 will be equipped with the new M steering wheel with M1/M2 configuration buttons, the new M electronic gear selector, as well as feature the special M design for the BMW Live Cockpit digital instrument cluster.

For the first time in history, the chassis will feature a permanent, all-wheel-drive configuration. Besides the standard 4WD mode, the new M3 will also offer the 4WD SPORT mode which will enable a sportier behavior of the chassis. However, compared to the M5 which offers the 2WD mode, the G80 M3 will not be offer the electronic possibility to choose a rear-wheel drive configuration.

According to Car Magazine, for the United Kingdom, it is possible that only the M3 Competition model will be offered. The UK magazine speculates on the starting pricing – around GBP 65,000, which would mean almost USD 85,000. Keep in mind, that the U.S. market doesn’t always follow the pricing of other markets, so it’s not always easy to predict it.

There is a slight chance a special variant for the purist clients and fans will be offered in the end. Badged “Pure”, it will be powered by a detuned version of the S58 powerplant, delivering around 450 PS (444 hp). Traction will be exclusively on the rear axle, whereas power transmission is to be performed via a 6-speed manual gearbox. 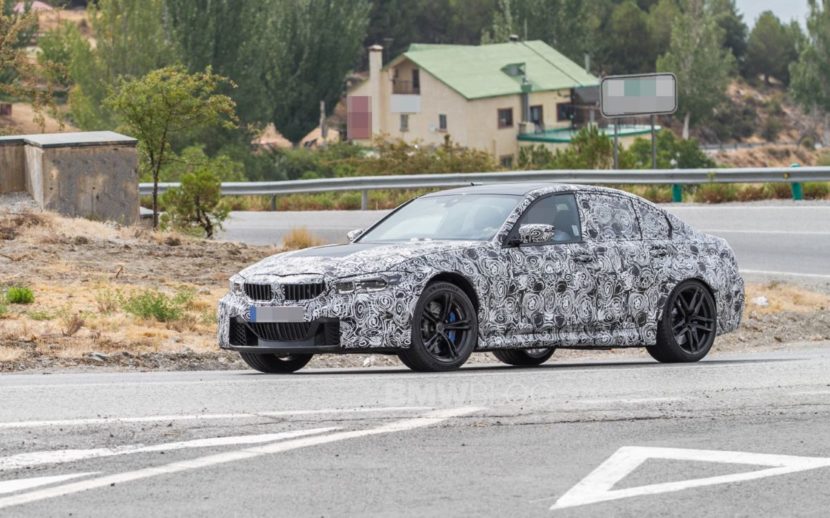 Though the BMW M3 Pure version is still uncertain and could not be offered at the start of sales, it most likely has a chance to become reality as a special edition sometimes after 2021.