RENDERING: How could the unlikely BMW M2 Gran Coupe look like

Russian graphic designer Nikita Aksionov shows us how an M2 variant for the new BMW 2 Series Gran Coupe should look if ever greenlighted. As this will probably not be the case, we can only dream about the high-performance four-door coupe that would slot above the M235i xDrive.

The main reasoning behind not greenlighting such a project is that BMW M wants to stay faithful to old school rules and not produce a model that derives from a front-driven underpinned car. The only M2 will remain the Coupe version: the current F87 LCI as M2 Competition (and in the near future, M2 CS) and the future generation derived from the next G42 model series (G87?).

Nonetheless, if the M2 Gran Coupe would ever see the light of day, it would highly interesting to see what engine would be installed underneath the hood. It is a no-brainer that the 3.0 liter straight-six S55 petrol powerplant of the current M2 Competition wouldn’t fit in the tiny engine bay of the F44, given it was designed for transversally-mounted units and not longitudinally-installed ones.

The new M235i xDrive compact four-door coupe features a 306 PS (302 PS) 4-cylinder M Performance engine, so the BMW M division should further address the circumstances and develop a beefier version of it for the improbable M2 Gran Coupe. Given that Mercedes-AMG has already tested waters in this matter and enjoys some kind of success with the new A 45 and CLA 45 models, it would be straight-forward for BMW M to at least try and raise to the challenge.

Giving it another thought, a 4-cylinder powered high-performance version wouldn’t really be a true and proud M model. The BMW M GmbH is about more than just meeting some tight sales numbers. ///M is the most powerful letter in the world and it is all about refined high performance and ultimate driving machines. BMW M identity is one with rear-driven platforms (or recently, M xDrive-fitted ones derived from rear-wheel architecture), straight-six or V8 brute powerplants and state-of-the-art dynamics.

Simply put, an M2 Coupe is simply the best choice in this case. Looking better than the M2 Gran Coupe proposition, the high-performance 2-door compact will continue to live on past this current generation and morph into an even more attractive model come the future generation. The M2 Coupe simply embodies the classic BMW M idea in the perfect way and is recognized among fans as one of the very best M models that have ever been created. 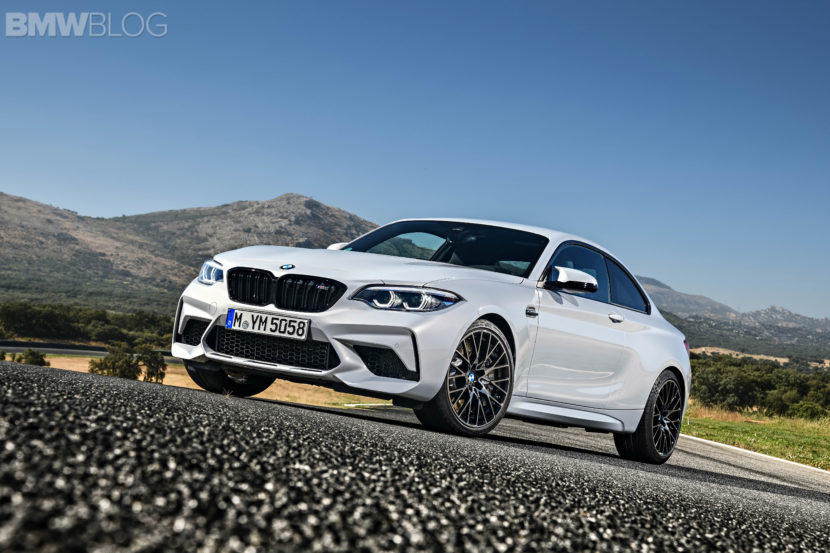 So, long live the M2 Coupe.

8 responses to “RENDERING: How could the unlikely BMW M2 Gran Coupe look like”