As if the current BMW 5 Series didn’t win enough praise and award already, the guys from Auto Express decided to bestow yet another one upon it, the 5er winning the coveted prize of 2018 Executive Car of the Year. The British magazine announced the winners of their yearly contest today and the German saloon managed to best some quite stiff competition in the process of climbing to the number one spot, including the uber-awesome Mercedes-Benz E-Class.

While the Mercedes-Benz is the usual rival the 5 Series needs to best to win various awards, this year the 5er also had to top yet another incredibly good car in the shape of the Volvo S90. The Swedish car is one hell of a good four-door sedan and comes with plenty of new tech and a beautiful design inside and out to lure away some of the traditional 5 Series customers. Nevertheless, the G30 5er managed to win the award for a second time in a row this year. 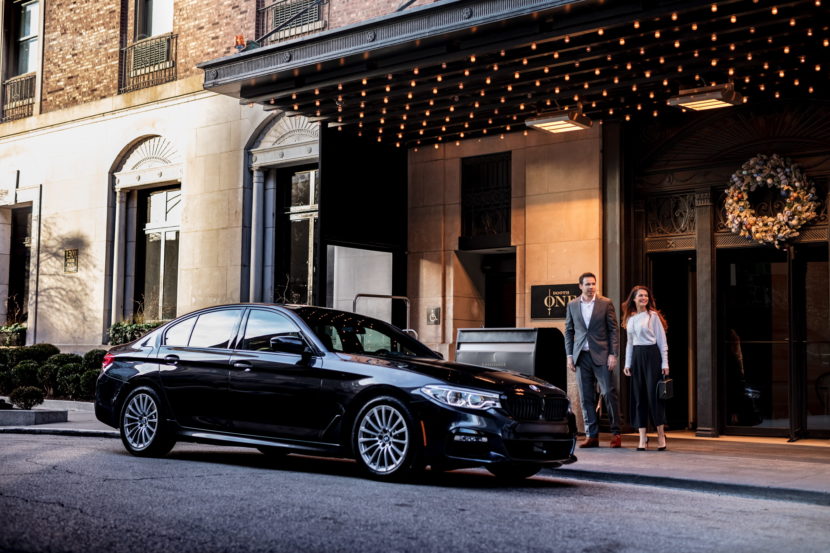 According to them, “the 5 Series was a leap forward when it arrived thanks to its new, lightweight architecture, which adopted much of the tech from the larger 7 Series. Distilled down into the more affordable model, it’s an enticing proposition and offers something that is key to every BMW: an involving drive.” That last bit seems to be the one thing that set the 5 Series apart from the competition, at least this year.

In all honesty, the 5 Series is the best handling sedan in its class today. Whether the Mercedes has a better interior or the S90 has better styling are both subjective topics but in the end, for automotive journalists, the way a car drives is still the one key element that sets it apart from the rest of the crowd. To boot, the E-Class came in second while the S90 came in third, even though there’s very little between them.