BMW’s Issue With Apple CarPlay Is About Survival, Not Profits

Home » Models » 3 Series » BMW’s Issue With Apple CarPlay Is About Survival, Not Profits

BMW recently came under the spotlight from the tech world when Verge ran a story about the German carmaker making Apple CarPlay a subscription service, instead of a one-off purchase. “This allows the customer to switch devices,” Don Smith, Technology Product Manager at BMW North America told the publication. “A lot of people buy [CarPlay] and think it’s okay, but sometimes they stop using it or switch to Android.” 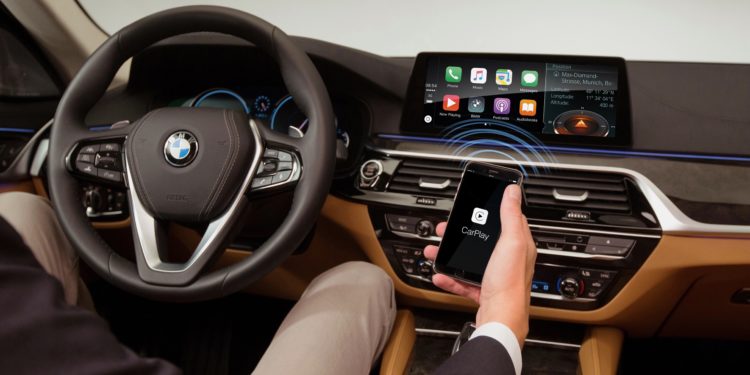 As part of the revision, BMW will offer Apple CarPlay free for the first year to its customers, but after that they will have to pay an annual fee of $80 to avail the service. Compared to the present one-time payment of $300, many BMW owners will actually save a small sum of money if they keep their cars for less than five years (Figure-1).

But the report still sparked a debate in the media with many journalists bemused by BMW’s skepticism around Apple CarPlay and Android Auto, the latter not even provided as an option on any BMW.
Is BMW Wary of Giving Away Important Data?

Could be. Both Apple and Google are developing self-driving systems and the so-called “big data” is also expected to become a major revenue stream for the automotive industry in the coming years. Naturally, no carmaker would be interested in sharing any valuable information about its vehicles or its customers with the Silicon Valley giants.

The Software Problem
However, the bigger worry for BMW originates from the fact that the automotive industry is currently witnessing a major transition from a hardware to a software-centric approach. With electrification, autonomous technologies and the increasing purchasing power of the technology-obsessed millennials, elements such as infotainment systems will become more important in future cars than mechanical bits such as the engine configuration or horsepower.

In this case, it is crucial that a luxury marque has full control over the interface of the in-car technologies, as they will be a critical point of differentiation. If these features are controlled by tech companies and supplied to numerous carmakers by them (eg: Google’s Android OS for smartphones), automakers will not only have to resort to becoming hardware manufacturers, but their vehicles will also become heavily commoditized. On top of that, BMW, being a bona-fide luxury brand like Louis Vuitton, Rolex and Tiffany, cannot sell products whose most important attributes have an Apple or a Google trademark on them. All these issues were echoed by BMW’s senior vice president of Digital Services and Business Models, Dieter May, in an interview with Tech Crunch last year,  “We believe the changes that are coming to the inside of the car and the user experience — like self-driving cars — you have to control the customer interface. That’s part of the brand experience and for that, I don’t want to have an Android screen and I especially want to be able to deeply integrate these systems.”

Numerous other car companies and preeminent auto executives like Bob Lutz and FCA Chairman Sergio Marchionne, have also voiced their concerns about this commoditization issue and those companies that do not take this threat seriously risk massive brand dilution and also revenue loss.

Learning From Nokia and Samsung

There are still manufacturers that are content with being hardware companies, Samsung being the most popular one. But while Samsung controls over 20 percent of the smartphone market, it is Apple, which makes its own hardware and software, that runs away with nearly 80 percent of the profits. Additionally, in terms of brand equity, Apple is valued at a mammoth $107 billion by Brand Finance, while Samsung is valued at ‘just’ $66.2 billion.

Given all this, it is fair to say that BMW would rather be Apple, than Samsung.

[Additionally, there is only one Samsung, the remaining hardware companies are scrambling for chump change (Figure-2)]

There Are Others Too

That is the biggest problem for BMW. As good as its iDrive infotainment system might be, many customers still prefer Apple CarPlay over it, mainly because of the apps and the smartphone-resembling interface. The only way to change that is for BMW to go down the Mercedes route and keep making improvements on its infotainment set-up.

Carmakers lack the software expertise of Google and Apple and American tech firms, especially those from Silicon Valley, also operate in a much fast-paced environment, a prerequisite to survive in the software age. However (and thankfully), BMW recognizes these industry flaws, which is why its senior executives are proclaiming about transforming the company into a “technology” and “mobility” firm. When they make those statements, they are not suggesting that BMW will get into the gadget business. Instead, they are talking about a new culture and ideology at the company, which will help it to take on the rising threat from Google, Apple and Tesla.

3 responses to “BMW’s Issue With Apple CarPlay Is About Survival, Not Profits”