The eight iteration of the Rolls-Royce Phantom was just released last week but that didn’t stop digital manipulators from trying to render it in various guises already. One of the first to do it were the guys from X-Tomi Design and they went for a rather unconventional wagon rendering. Admittedly, the thought of a Rolls-Royce wagon might cause those who can afford it to gag a little but then again, this could be a very useful hint at how the upcoming SUV from Rolls-Royce might turn out.

Because yes, in case you have been living under a rock until recently, SUVs rule the world now and manufacturers high and low need to adapt or die. Even the mighty Rolls-Royce is working on one, despite calling it instead a ‘high-riding all terrain vehicle’. To be fair, Sports Utility Vehicle does sound rather poor by comparison. Nevertheless, no matter how the Brits are going to market the car, one thing is for sure: it will resemble a wagon by any means. 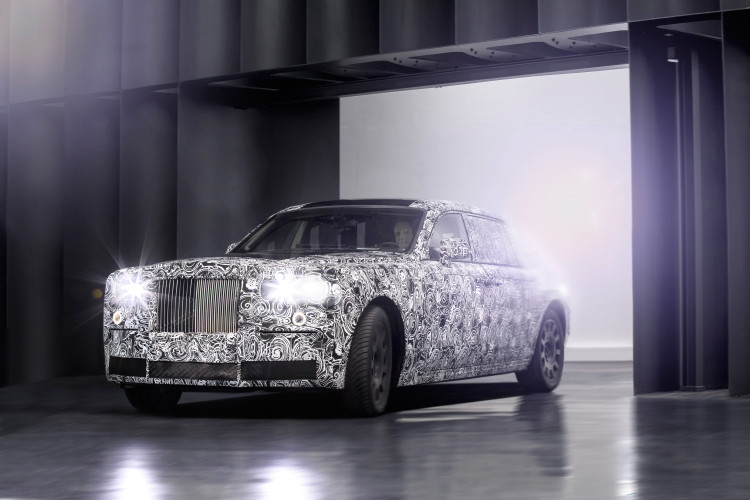 The reason I’m saying that is because all the prototype we’ve seen so far have been sporting a rear end design that comes close to what we’re looking at here. If that’s the way the end product will look like, then we might as well call the production version of the Cullinan project a high riding wagon. Of course, that won’t matter all that much, as the extremely rich people buying this sort of car won’t really care about the practicality of this style of a car.

They probably have so much money in their piggy banks that they can probably afford to buy a proper SUV or a van to carry their luggage, along with some butlers to do all the walking. Furthermore, the new Rolls-Royce will probably have so many luxurious features inside, people will forget it has a hatch at the back, being mesmerized by whatever the designers come up with next.