As we’re getting closer and closer to the full reveal of the 2018 BMW M5, anxiety levels are starting to go up exponentially. The highly-anticipated M models is bound to write history one way or another and we’re hoping it will do so by changing the way we view all-wheel drive cars and their behavior both on and off the track. What will remain the same though, compared to its predecessor, will the the engine architecture under the hood and the displacement.

The new F90 M5 will be using a further enhanced version of the S64 4.4-liter V8 twin-turbo engine of the F10 M5, this time tuned to make around 600 HP and more torque than ever. However, people didn’t have an issue with the power or torque levels of the F10 but more so with the sound it used to make. Being the first forced-induction powerplant ever installed in an M5, a lot of people were underwhelmed by the way it sounds. 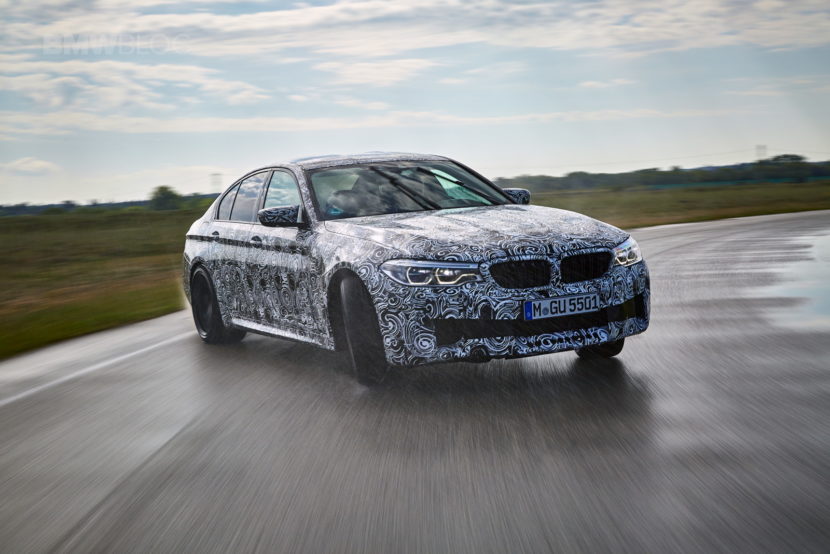 That, apparently, is something BMW did take note of and tried to change for the new model. Therefore, even before we get to see the production M5 in all its glory, the M engineers are testing us by publishing a soundbite on their dedicated M5 website, showcasing the sound of the upcoming model. To hear it, click here and go down to the bottom of the page where you’ll find a player with the note of the V8.

To my ear that definitely sounds like an improvement over the outgoing model. Of course, this may or may not be the way the car actually ends up sounding like, as there’s still time to make some subtle changes if needed. However, my guess is that BMW is testing the waters here, to see  how people react to this particular sound, so that they can make adjustments according to what the general public is saying.