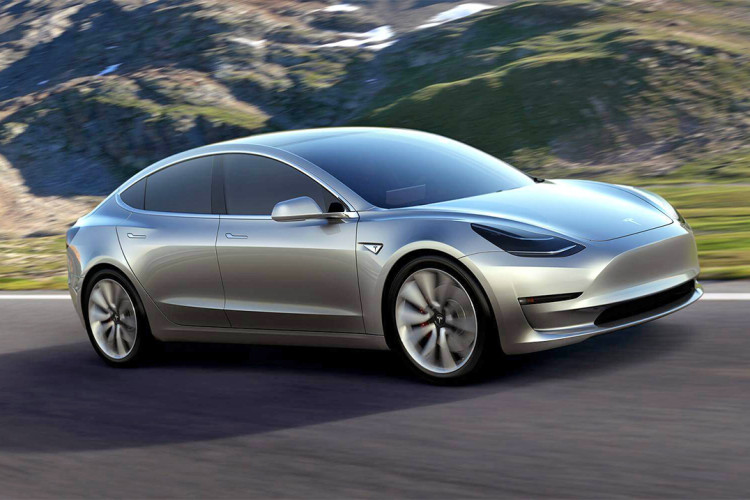 As of right now, the Tesla Model 3 is still very much full of unknowns. We don’t really know what it’s going to be like as there’s not a lot of official info from Tesla about it. Despite that, about a billion people preordered the Model 3, completely sight unseen.

It would be crazy to buy a pair of pants sight unseen, but preordering a car is on an entirely different level. However, I get the reasoning behind it. The Tesla Model 3 is very exciting, as it offers customers an affordable all-electric Tesla. So the hype is understandable.

First drive of a release candidate version of Model 3 pic.twitter.com/zcs6j1YRa4

But the hype train is about to go off the rails, as Tesla owner and CEO Elon Musk recently tweeted out a video of the Model 3 in motion. According to Musk, this is the “First drive of a release candidate version of Model 3”. In the video, we see this “release candidate” Model 3 drive about 50 yards, so there’s not much to it. However, we do get to see what it looks like and how quick it is. Spoiler alert: It’s pretty damn quick. It’s not as good looking as the Model S, but it’s far better looking than the Model X. To be fair, though, Jabba the Hutt is prettier than the Model X.

While I’m often quite critical of Tesla’s brazen behavior, I’m actually quite excited to see the Model 3 when it makes its debut. Check out this quick clip of the Tesla Model 3.

Elon MuskTesla Model 3
Previous post Which BMW reliability issue is the most frustrating?
Next post G01 BMW X3 M40i to arrive at US dealers in October