Video: Check Out an Armored Rolls-Royce Phantom Getting Shot Up

Home » Interesting » Video: Check Out an Armored Rolls-Royce Phantom Getting Shot Up

The new Rolls-Royce Phantom is on its way and by the looks of things, it won’t be drastically different in design. A prototype of the car was just spotted out testing in Spain and it seems to bear a lot of its predecessor’s cues. However, even if the current version will be going out of production, that doesn’t mean people should have the right to shoot at it, right?

We’re only kidding but the car you’re about to see is getting seriously shot up thanks to the guys from Mutec. In case you’ve never heard of them, their specialty is to make luxurious cars impenetrable to all sorts of attacks. After all, if you do decide to take a drive in your Rolls-Royce through some dangerous areas of the world, you are bound to become a target. Therefore, it’s better to invest in some proper armor and keep yourself safe. 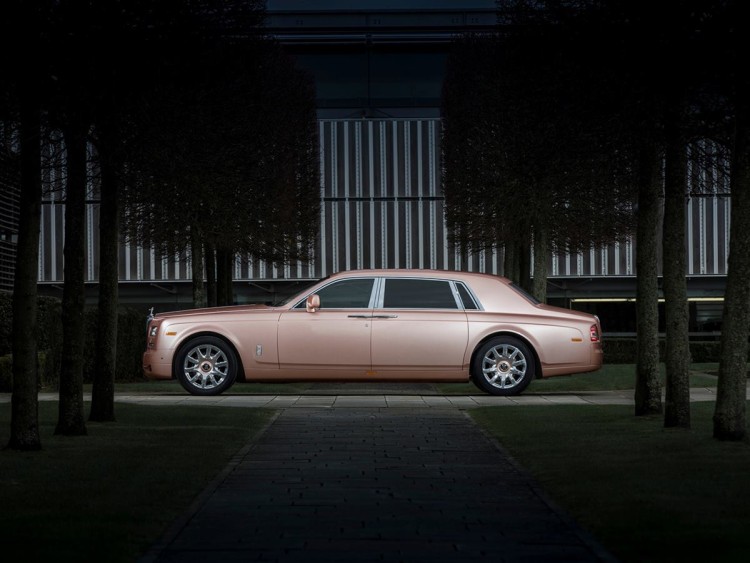 The video is quite old but it recently came to our attention. And it’s not because the car is being shot up because we’ve seen such demonstrations before on the BMW X5 Security models, for example but because it involves a Rolls-Royce and that’s truly something you don’t see every day. Considering the size of the thing and the amount of armored plates and windows the company probably had to use, we reckon this Phantom does probably weigh close to a tank.

What’s even more shocking though is how serene the whole thing is. Usually, when companies put together videos to showcase their life-saving products, such as armored vehicles, they use dynamic, fast-paced videos filled with adrenaline to get your blood flowing. Not the case here. In this video we actually get to hear bird chirping, watch a Rolls-Royce being put up on a rotating display and hear some gunshots. That’s about it and it makes the whole thing seriously eerie.