Home » MINI » BMW Not Worried about Possible Brexit, Yet

On June 23, UK citizens are asked to vote whether they want to remain members of the EU or not, in what may be the most important political event in recent history. A possible departure of the Brits could see a lot of big changes coming to the auto industry as we know it, BMW being one of the most affected companies if such a scenario was to unfold. However, officials say they are not working on a contingency plan just yet.

Speaking to Reuters this week, BMW’s CEO, Harald Krueger, said that it’s too early to think of a back-up plan, even though the referendum is set to take place in a little over a month from now. “There is no point in speculating about a plan B. There is no Plan B. I’m doing my part to support the ‘stay’ campaign,” the young CEO said on the sidelines of the meeting in Munich. 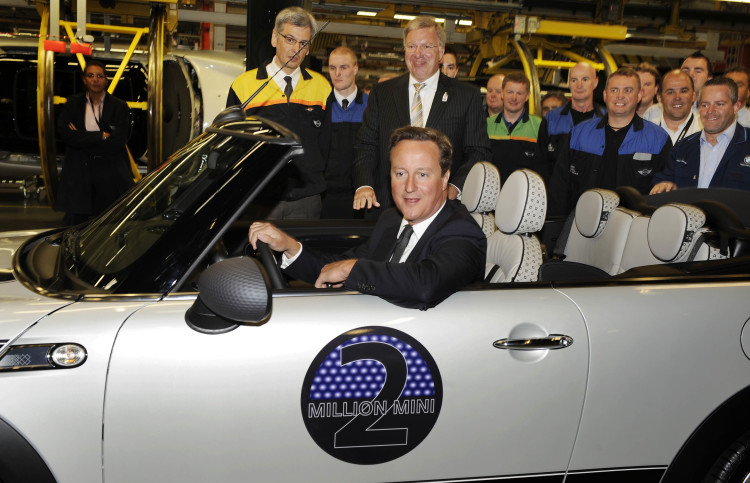 At the moment, the BMW Group operates within the UK at Oxford and Goodwood where the MINI and Rolls-Royce brands have assembly plants. Over in Oxford there are over 4,500 employees that come from no less than 70 different nations. Furthermore, the 1,600 staff of the Goodwood plant come from 30 different nations, according to the German company’s official statements.

In case the UK was to leave the EU, all the employees working in the country, coming from members of the European Union will have to apply for working permits. On top of that, more taxes would be applied to every car and part made in the UK if it was to be sold in the EU and vice-versa, a troubling prospect to say the least.

According to the regulations agreed upon by both parties involved, a two-year transition period would be enforced if the Brexit happens, allowing both UK manufacturers and EU-based once to set their businesses straight and abide the new rules. One scenario also involves a complete withdrawal from the Island by BMW, at least in the case of MINI.

The Germans have been also manufacturing MINI models in the Netherlands and Austria for quite some time now. The VDL Nedcar plant and the Magna Steyr one could get more business, an option that would cut back on taxes and make the cars more profitable. Of course, that would also mean the cars are no longer made in Britain and would lose some of their appeal to the general public, a move that would never be acceptable for Rolls-Royce customers, for example.