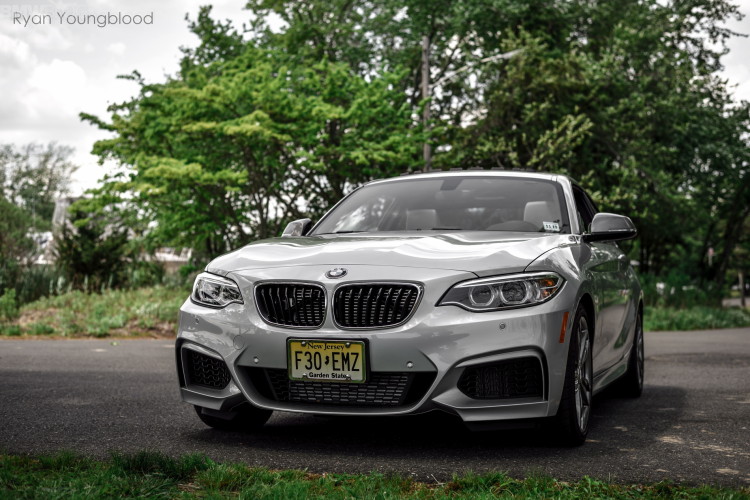 Automobile Magazine, much like many other publications, runs long-term press cars to get a feel for what actually owning a car is like. As opposed to the typical week or so testing a new car, long-term testers often give up the most information about a car as the publication has to live with it for a year. That year can tell you so much about a car, as it’s put in a variety of situations, driven by multiple people and pushed very hard for very long. So when Automobile Mag wraps up its Four Seasons test of the BMW M235i, we took notice to see what they found out.

We’ve been hearing so much about the BMW M2 lately, it’s as if many people forgot about its little brother. The BMW M235i was the car that had enthusiasts giddy before word of the M2 even got out and it’s still the great car everyone though it was then. The M2 hasn’t cast a shadow over the M235i just yet.

In their wrap up, Automobile claims that the BMW M235i brings back their faith in the Bavarian brand, a car that reminds them of what BMW is supposed to be about. It’s great fun to drive, plenty fast enough, extremely well balanced on both the road and track. In fact, some of Automobile’s people claim it to be one of the better cars they’ve ever driven. “The M235i is the most enjoyable and predictable car I’ve ever put around a road course.” And it eve received high praise when compared to other fantastic cars. “I’ve recently driven a Jaguar F-Type, Alfa Romeo 4C, Nissan GT-R, and Chevrolet Corvette Z06; I still don’t think any eclipse the M235i’s combination of performance, fun, and everyday utility,” So the M235i impressed them quite a bit.

Another thing that impressed was its durability and dependability. During their time with it, the only thing needed to be done to the car, that had to do with the actual car and not a massive Michigan pothole, was that it needed its brake fluid replaced routinely. That’s it. So the BMW M235i is a solid car as well as a fun one. That’s a hard combination to beat.

The only real complaint that Automobile had was the fact that the M235i doesn’t come with a ton of standard equipment. It’s true, it is somewhat disconcerting that there are certain Honda’s at less than half the price point of an M235i and come with more standard equipment. For a $45,000 car, BMW can certainly throw in Bluetooth streaming for free, right? But when driving an M235i, you soon realize that all of the money that the car cost has gone into its dynamic abilities. The BMW M235i is a car that is genuinely enjoyable to drive. It’s the kind of car that you just take out for a drive just because. Nowhere to go, all day to get there, just drive. And that’s a priceless quality.

So as much as the BMW M2 is stealing all of the attention away at the moment, let’s not forget the car on which it’s based and that the BMW M235i is a fantastic car in its own right. We just wish it came with some more stuff.