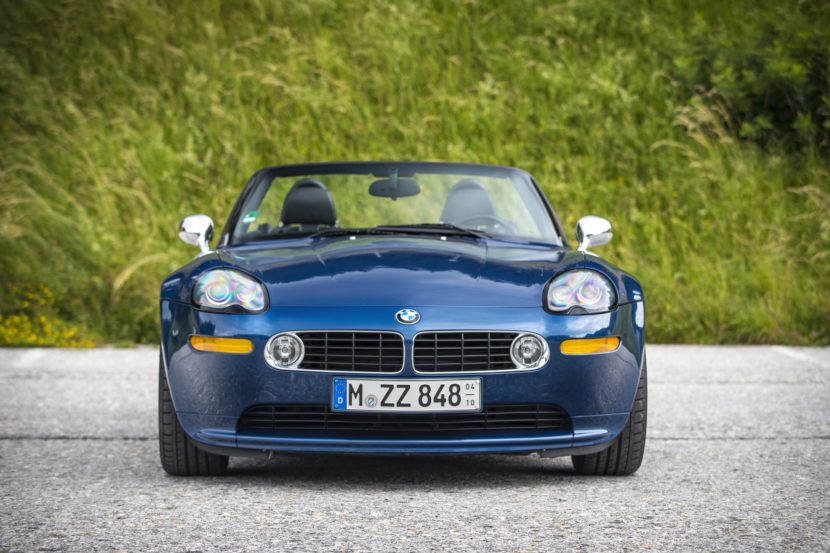 James Bond fans and people who wholeheartedly watched the “World is not enough” flick will definitely appreciate this eBay find. A 2002 BMW Z8 featuring a buy it now price of just $237,000 will let you channel your inner MI6 secret agent, allowing you to cruise on backroads and listen to that great sounding V8 in the background, all while enjoying a piece of automotive history.

When new, the BMW Z8 cost $128,000 and came with an all aluminum chassis and body using a 4.9 liter V8 engine that developed 400 hp (300 kW) and 500 Nm (370 lb-ft) torque. This was good enough to propel the vehicle from 0-62mph (0-100km/h) in just 4.2 seconds, as measured by Road And Track magazine. The performance was certainly on par with most of the contemporary sports cars, but the Z8s have targeted supercars. It was up there with the contemporary counterparts as far as performance goes. For some, the Z8 found its biggest adversary in the Ferrari 360 Modena and lived up to its high-performance hype.

The Z8 was planned by BMW to be an instant collectors item. The Bavarian carmaker promised a 50-year stockpile of spare parts would be maintained in order to support the Z8 fleet. Also, most of the parts were handmade. This further induced that “instant classic” appeal resulting in rising prices, as seen with this particular unit.

This eBay Z8 looks pristine and comes with a red leather interior matched with a silver exterior paint job. Some may say this is the perfect combination.