Okay, so we’ve all read the rumors that BMW is currently making a 2 Series Gran Coupe. It’s a rumor that’s been circulating for as long as I can remember. It’s almost an inevitability, as BMW makes a Gran Coupe out of almost anything these days. However, I’ve been scouring the interwebs today, which is no different from any other day except today I’m wearing pants, and have seen a lot of hate for such a hypothetical car. But why?

I just had a week with a lovely girl by the name of M235i xDrive. She was very nice, more athletic than I had anticipated and a whole lot of fun. She was quite the looker too. Ya know what other BMWs are good looking? The 4 and 6 Series Gran Coupe. They’re freaking gorgeous. Better looking than their coupe counterparts, if you ask me. So how could anyone not want all of the fun times that the M235i can provide with the added bonus of that gorgeous Gran Coupe styling? It seems like madness. 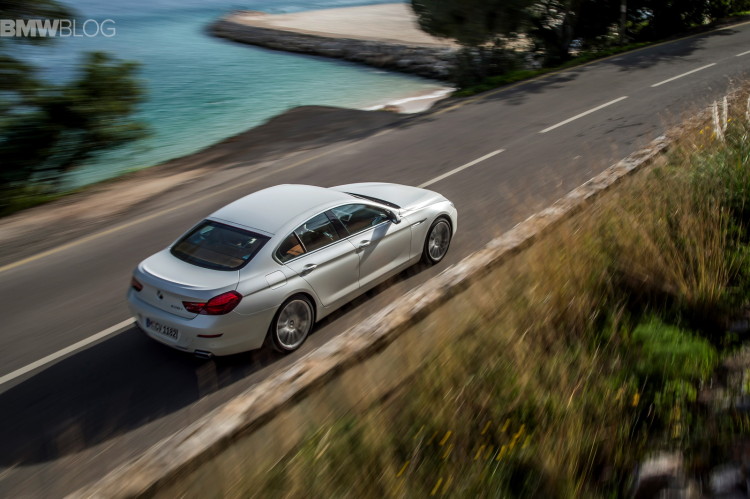 Each and every time I see a 6 Series Gran Coupe drive past me, I stare like a 16 year old staring into a girl’s bedroom window and almost crash. Maybe that’s a bit exaggerated, but you get the point. They’re damn good looking. So if BMW decides that they want to make a smaller version, based on an already great car that’s far more affordable than the uber expensive 6er GC, how could that be a bad thing? That seems like people complaining about ruining ice cream with chocolate sprinkles. Chocolate sprinkles only make things better.

Also, it would sell like Natty Ice at a Frat House. Mercedes-Benz is selling a boatload of CLAs to people who want an entry level ‘Benz. It’s got swoopy, attractive styling (even though I kind of think it looks like it’s melting), a low $30k price tag and a three-pointed star, so everyone wants one. Audi just launched its new A3 sedan, which looks like a shrunken A4 and is basically a VW Jetta with Audi badges, yet Audi dealers can’t keep them on the lots. Yet BMW’s absolutely fantastic 2 Series coupe is much less loved because of its lack of rear doors (despite having better rear legroom than both and better rear headroom than the Benz). So give the 2er a couple of extra doors, sexy styling and an attractive price tag and BMW won’t be able to make them fast enough. Plus, it would be the only one of the three to have rear-wheel drive. So there’s that.

This may have seemed like a hyperbole-filled rant, and in some ways it was, but underneath all of the silly metaphors is much truth. A 2 Series Gran Coupe would not only sell very well, but would be an excellent car to drive and look at. Plus, it would be way for us less fortunate enthusiasts to squirm our way into some seductive Gran Coupe curves without having to invent the next big mobile app. So please, BMW, pretty please, make a 2 Series Gran Coupe. Especially an M235i Gran Coupe. Thanks.