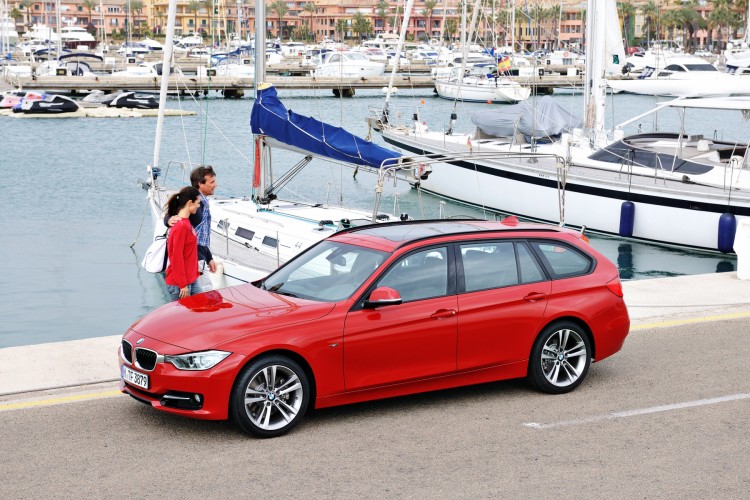 As car enthusiasts, we usually know which cars on sale are the best buys. We do our research, read reviews and take test drives for fun, just to see what certain cars drive like. It’s what we do. But the Average Joe doesn’t. The typical car buyer just goes down to a car dealer of a known brand, test drive some cars and pick one they like. While this is fine for those people, who are just looking for a car to fit their practical needs, to us car enthusiasts, it’s the worst way.

We know which cars are generally worth the money. We all have our different preferences between brands, but we can typically discern a good car from a bad one. We also know about all of the hidden gems in the automotive world; cars that don’t sell very well, but we know should. There are several of these types of cars, from a variety of different brands, that go unnoticed on dealer lots, simply because they aren’t the popular kid in class.

The reason for this is the lack of education amongst car buyers. There’s a reason why everyone buys Toyota Camrys, it’s all some people know to be a good, affordable car. But there are so many great cars out there, from a variety of automakers at a variety of price ranges, waiting to be purchased, only to be passed by. So, to educate our fellow car buys, let’s take a look at some of the better and more forgotten cars of all kinds.

When it comes to affordable and reliable family cars, it’s almost impossible to beat Mazda. The new 6 is easily the best family sedan in its class, handily beating the Camry and Honda Accord. It’s far and away the best driving, is the best looking, has comparable interior space and as just as reliable. It’s a myth that Camrys are so much more reliable than anything else out there. The 6 will give you just as many good years as the Camry will. The only difference would be that the Mazda 6’s years would be more enjoyable. The Mazda 6 drives with the same enthusiasm as sports cars costing $10,000 more. It’s a fantastic automobile and one worth looking at for anyone buying in that segment. 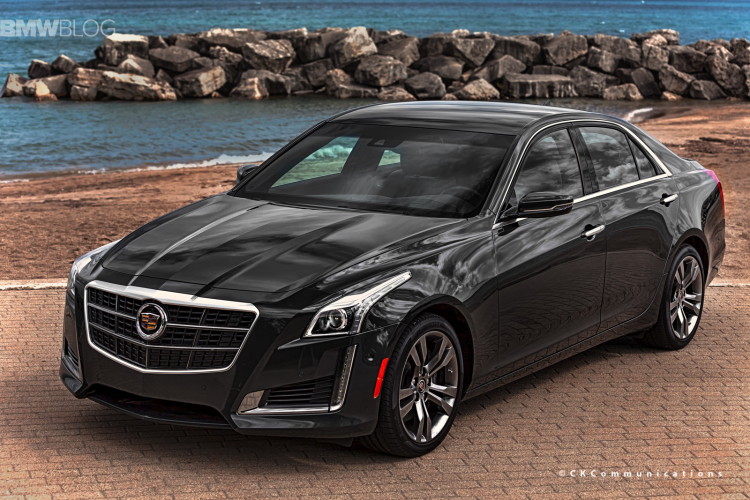 This may not be a popular choice here, but the CTS really is a good luxury car. The Vsport may not be the better handling car, over the BMW 550i M Sport Package or Audi A6 S-Line, but it’s still very good. And the regular luxury models are very good as well. Granted, the German competitors are a bit more refined and have classier interiors, but the discount the CTS gives over its German competition is worth noting. The CTS is significantly cheaper to own, especially considering the discounts Cadillac is giving out now. If you’re in the market for a midsize luxury car and don’t want the typical BMW or Mercedes, than the CTS is worth a look.

The Toyobaru twins are some of the most forgotten sports cars amongst the average buyer. It’s a shame, because they are also some of the most exciting to drive and are excellent value. They may not be the fastest car in the price range, being obliterated by cars like the Volkswagen GTI and Ford Focus ST, but they are incredibly fun. Both come with 2.0 liter four-cylinder engines which are good on gas as well as decently powerful and both are rear-wheel drive. How often can you find a rear-wheel drive sports car with an economical engine and a six-speed manual at under $25,000?

While the standard Fiesta is a bit of a bore, the ST version is an absolute riot. It is one of the most fun front-wheel drive cars I’ve ever driven. Using a turbocharged, 1.6 liter, turbocharged paired to a six-speed manual, the ST is not only fun but economical. Add that to the fact that it has five seats, albeit small ones, and a decent trunk thanks to its hatchback body style, and you have an excellent deal on your hands. It’s also incredibly fun to drive and makes a great engine note for such a small motor. All of that for a starting price under $22,000 makes for an unbelievable deal.

Now we’re getting into the more expensive cars on the market. Even at this price range there are neglected cars. In fact, there are more, because less people have this kind of money to spend and when they do spend it, they want something with a popular name and good reputation. The XJ is a phenomenal luxury car with looks that crush the competition. Its interior is also one of the best looking and most luxurious, despite its infotainment system lacking a bit. Even though its electronics aren’t up to par with its German competitors, the XJ more than makes up for it with fantastic driving dynamics, wonderful ride quality, supreme luxury and looks that kill. While it may not be the most reliable of luxury vehicles, the excitement factor is worth the risk.

Admittedly, the Cayman’s low sales figures may have to do with a relatively poor value, as it’s not exactly affordable. However, price aside, the Porsche Cayman is one of the finest driving automobiles on the market. It defines what a good sports car should be, with its scalpel sharp steering, sonorous engines and brilliant chassis. Not many cars can match the Cayman’s driving purity. The only real disadvantages the Cayman has are lack of any back seats and price. However, if you can afford to own the Cayman, its worth every penny.

The current E-Class is getting a bit long in the tooth, despite its recent refresh. However, it’s still one of the better luxury cars on the market and the wagon version makes it even more practical. It’s also the only wagon midsize luxury car on sale, as we don’t get a 5 Series wagon, CTS wagon, XJ wagon or A6 wagon. We do get the Audi AllRoad, but that has pseudo off-road capabilities and doesn’t really compete with the E-Class wagon. The E Wagon is overall a fantastic deal, housing great engines, a standard 7-Speed auto, wonderful luxury and is available with seven seats. Because of the lack of 5 Series wagon, the E-Class wagon could be the best luxury deal for families.

While this isn’t a popular car amongst BMW fans, the Chevy SS is still a fantastic value. With a thumping V8 under the hood, rear-wheel drive, as-standard leather seats, four doors, seating for five and the availability of a 6-Speed manual, it’s hard to find a better deal. It’s not cheap, starting life at $45,000, but it’s worth the money. It’s so well equipped, handles very well, is comfortable, seats 4-5 adults and is as fast as one will ever need. It really is a shame so few people buy these. Come to think of it, I don’t think I’ve ever seen one on the road.

The XK is reaching the end of its lifetime, with Jaguar readying its replacement. However, even being almost 10 years old, the XK still looks fantastic. Each and every time I see one on the road, I covet it. It looks like liquid mercury driving down the road, it’s so smooth. Not to mention the perfect blend of comfort and performance that Jaguar is so expert at making. It also has an old-school sports car feel to it that no other car in its class can match. Instead of a small, turbocharged engine, for efficiency, the XK uses a big, thumping 5.0 liter V8. It’s almost unmatched in the ratio of power:cool. While everyone’s driving 911s, you could be driving a Jagggggg. Did I mention it had a 5.0 liter V8? 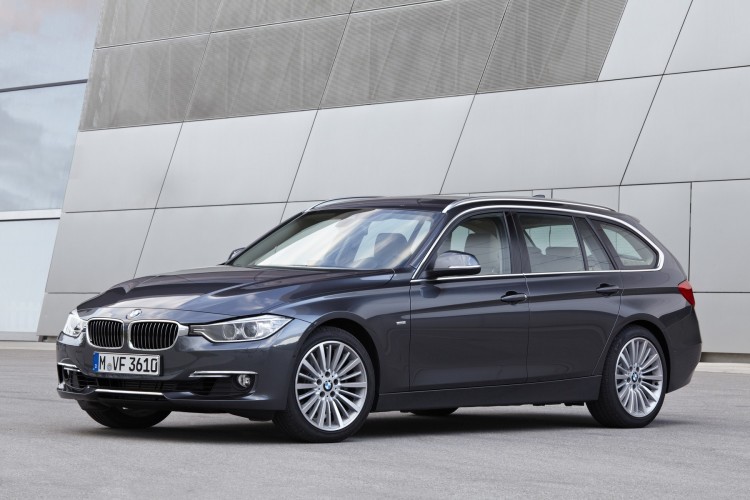 It may be impossible to match the 3er wagon, in terms of value. It has almost everything a person could want in an automobile, tucked neatly into one handsome package. With a choice of either a turbocharged four-cylinder gasoline engine, making 240 hp and getting over 30 mpg on the highway, or a turbocharged diesel engine making 280 lb-ft of torque and 43 mpg highway. Combine those numbers with impeccable handling, room for 4-5 adults and a spacious trunk and you’ve got the perfect package. It leaves me in bewilderment when I hear of the absurdly low sales figures of the 3er wagon. It’s a wonderful car that allows you to have your cake and eat it too. What more could someone ask for?