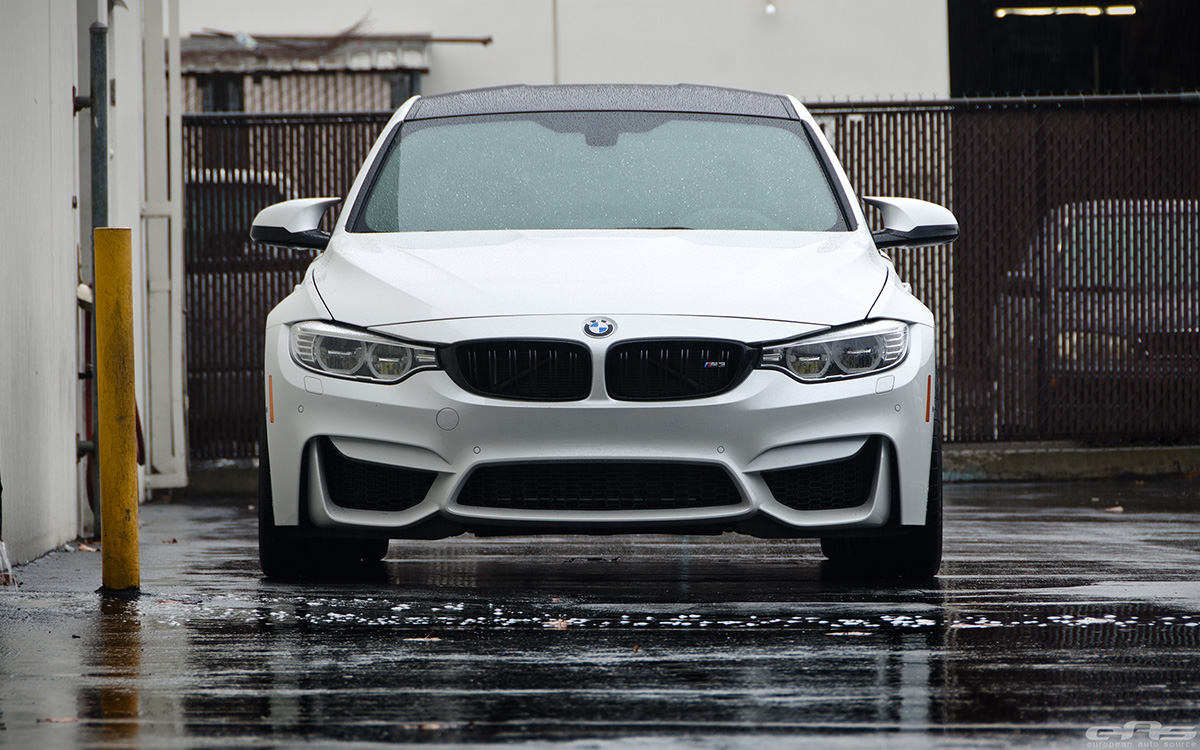 Keeping it clean, presumably the most important thing for most BMW M3 owners, has been fully attained with this small modding project. Completed by European Auto Source, this Alpine White BMW F80 M3 saw only minor changes, but these actually improve certain aspects of the M3’s exterior appearance without impacting performance in any way.

The mods applied are mostly cosmetic. The current M3 generation comes with large and aggressive fenders, making the factory OEM wheels look small and unimaginative. While some will argue this is done to accompany the much touted performance, we are keen to believe that modifications like these truly advance the exterior appearance by a magnitude! Adding a set of wheel spacers is easy, doesn’t cost a lot, but produces a rather impressive result. 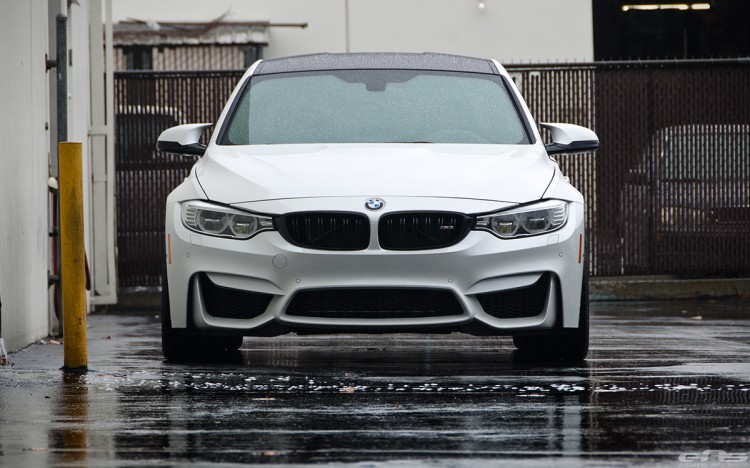 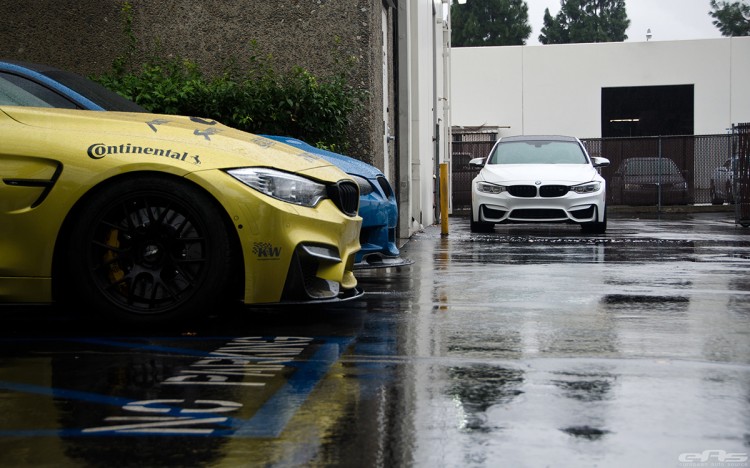 These Macht Schnell competition wheel spacers are sized 15mm in the front and 12mm in rear – allowing the wheels to protrude that much and to flow flush with the fenders. It’s a cosmetic mod, but it sure looks damn good like this! On the other hand, the performance isn’t probably impacted that much, making this a well suited modification for the M3. On the other hand, even though this car hasn’t been lowered and utilizes factory suspension settings, the visual appearance is so much better. 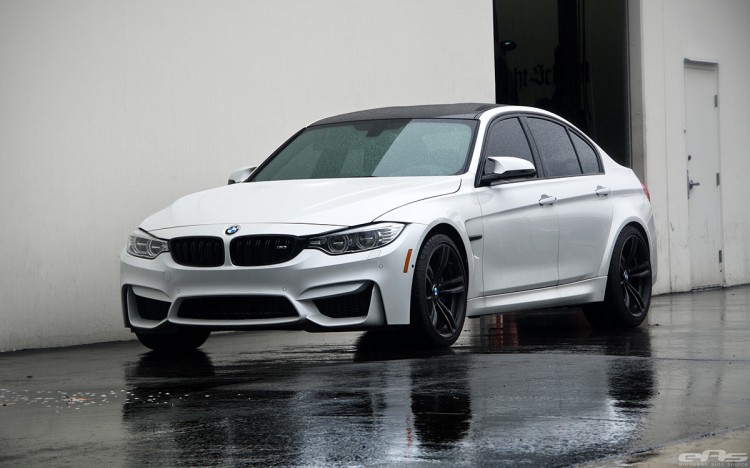 Take a look at the media gallery for more images. 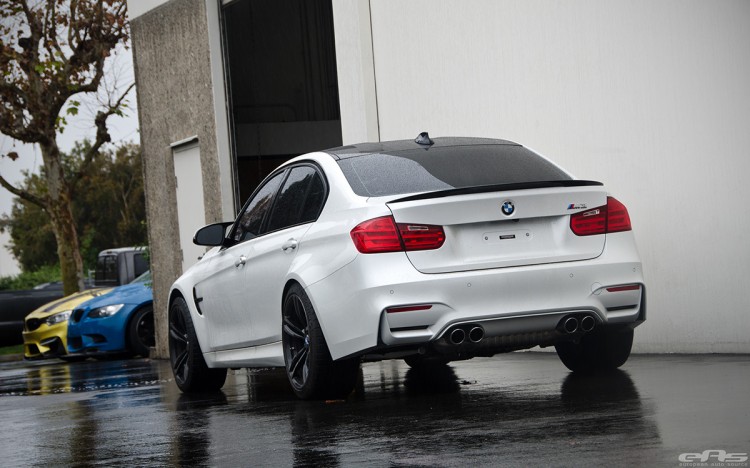 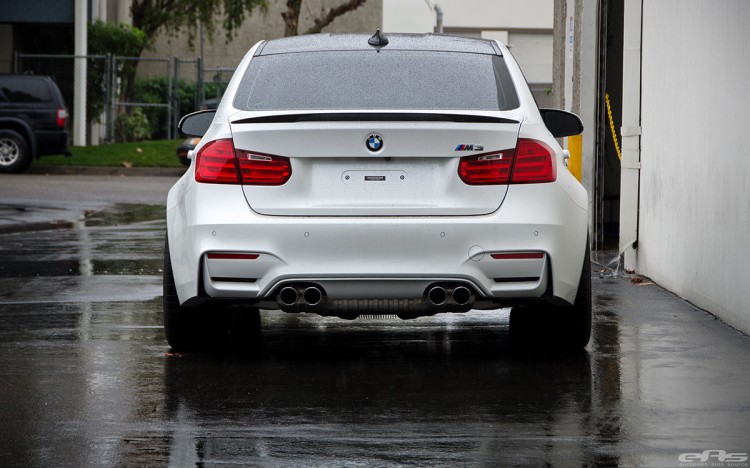 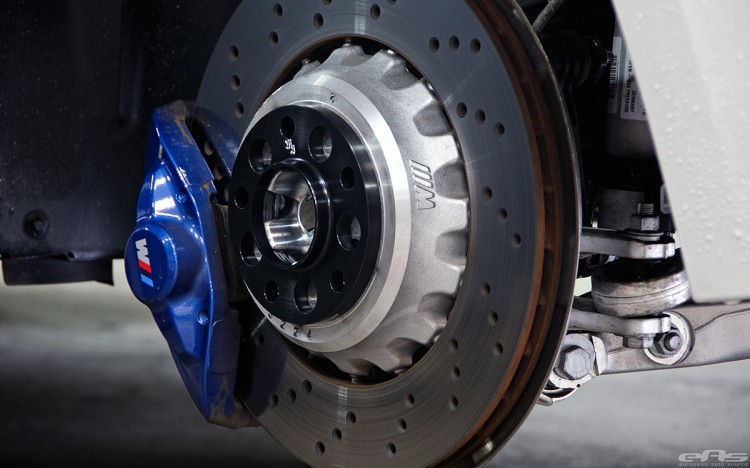 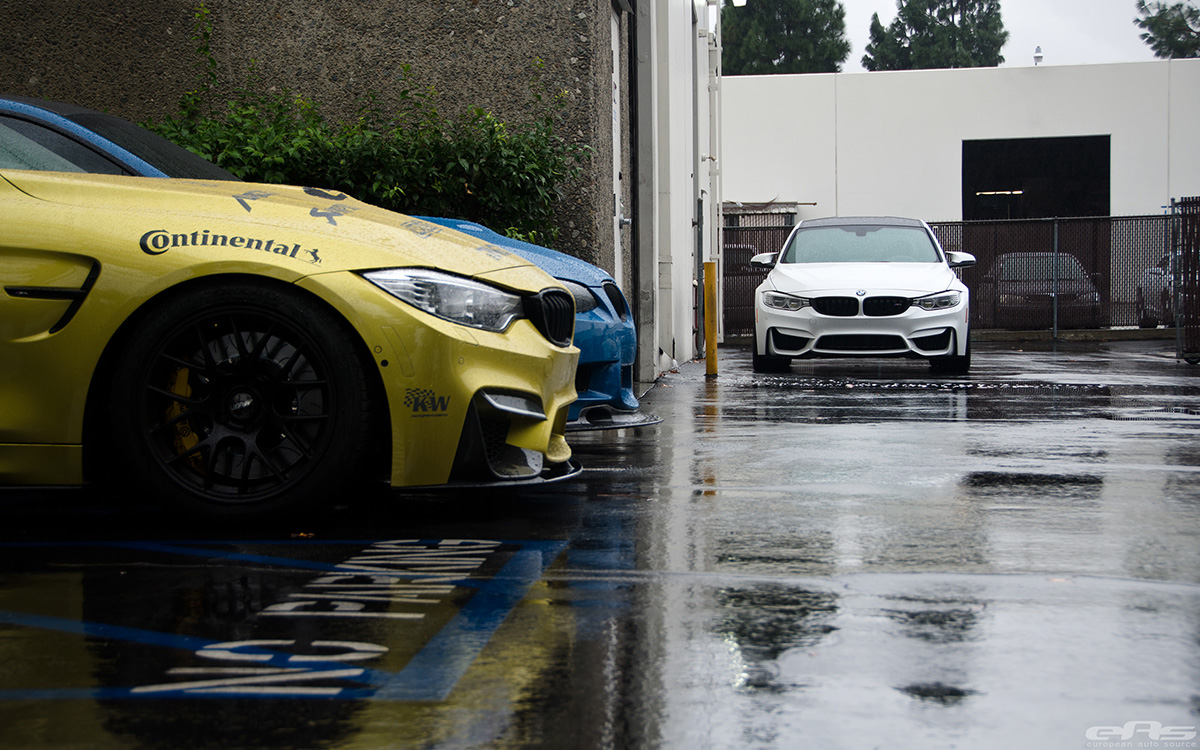 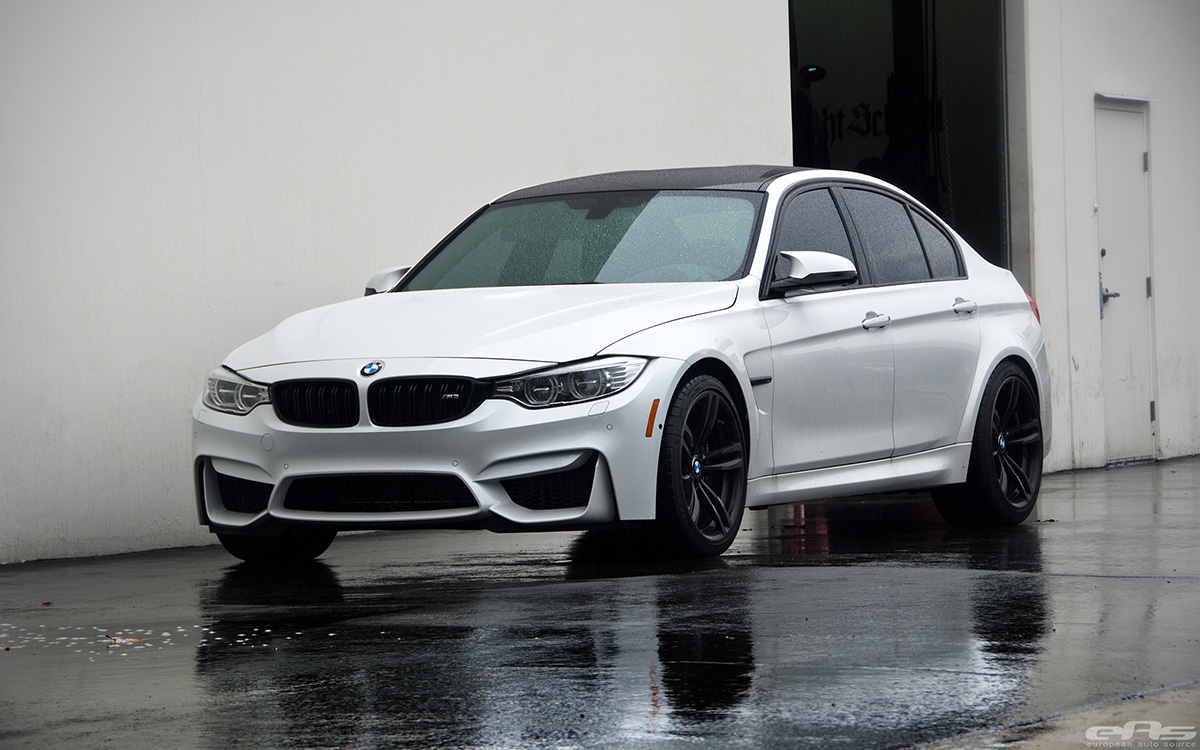 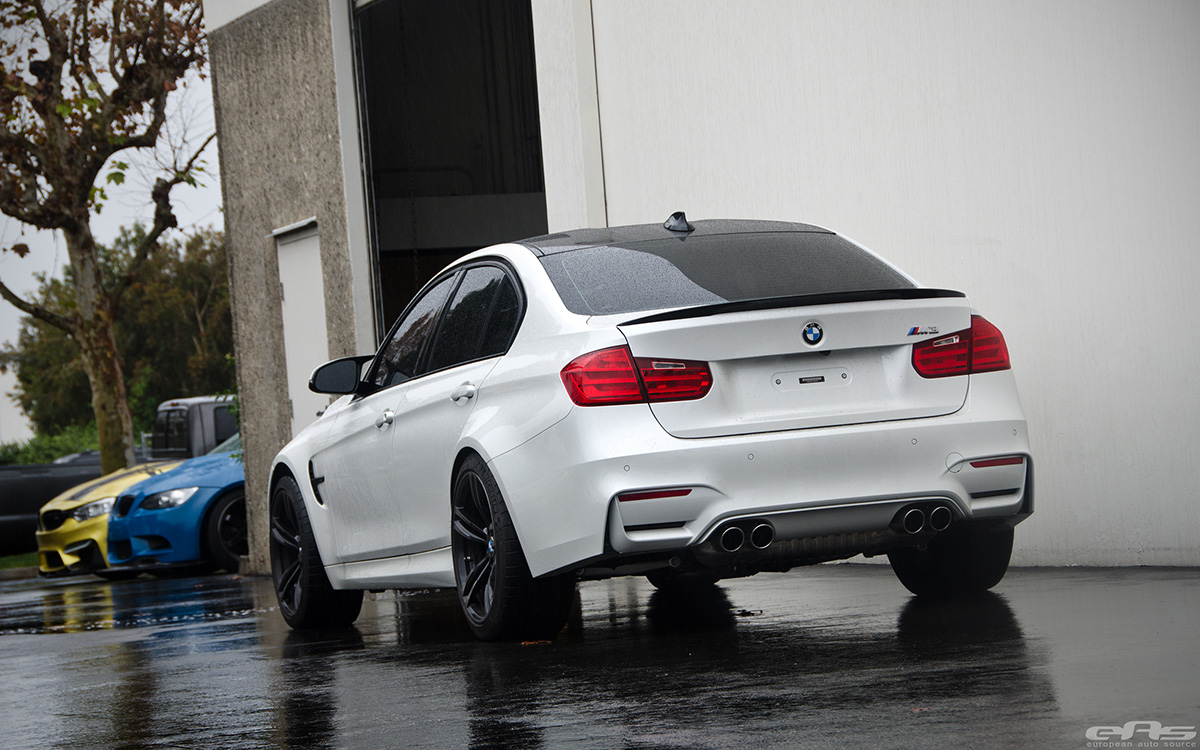 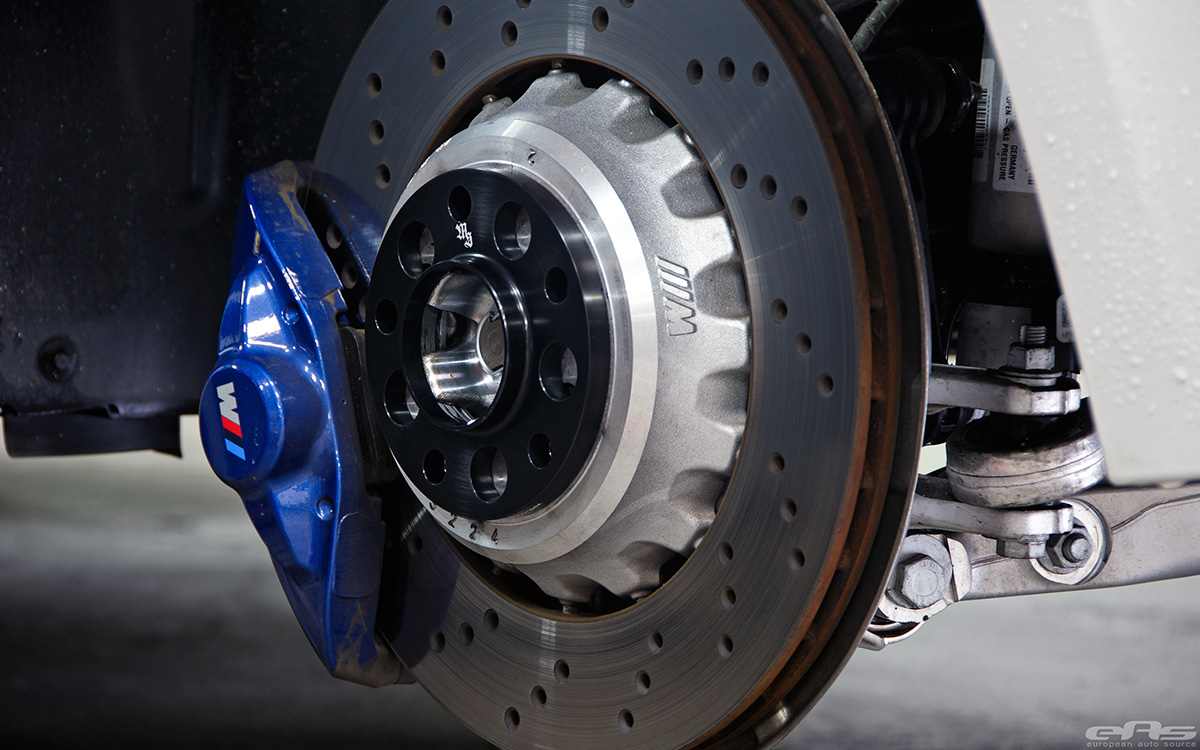