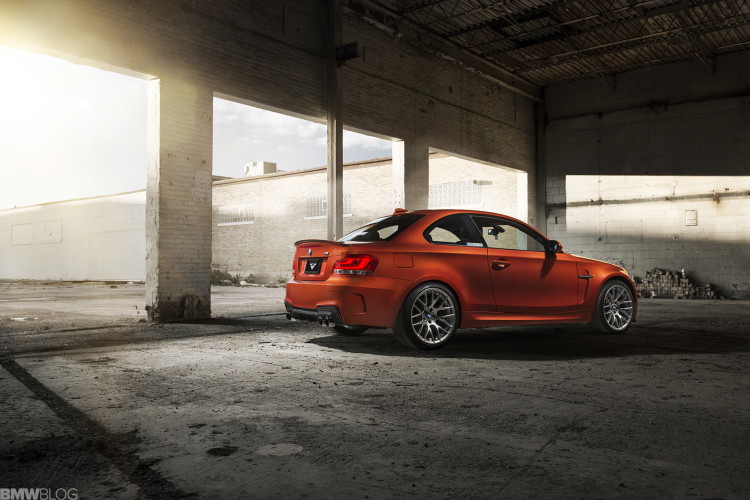 The almighty BMW 1M gets its first big screen appearance. “The Gambler” features Mark Wahlberg  who plays a literature college professor. And a high-stakes gambler.

Bennett bets it all when he borrows from a gangster and offers his own life as collateral. Always one step ahead, Bennett pits his creditor against the operator of a gambling ring and leaves his dysfunctional relationship with his wealthy mother in his wake. He plays both sides, immersing himself in an illicit, underground world while garnering the attention of Frank, a loan shark with a paternal interest in Bennett’s future.

The flick involves a love affair as well – Bennet gets involved with one of his students.

In the official trailer seen below, we can spot the BMW 1M at 1:21 minutes and 1:54  minutes. And to make things even better, the Valencia Orange 1M is the chosen one.

Being a limited edition and not sold currently on the new car market, the 1M was not a product placement by BMW North America. According to a source based in California, the 1M was up for sale on eBay, it was noticed by the movie studio who offered $15,000 to “rent” the car for 3 months.

BMW 1M remains one of the most sought BMWs on the used car market and prices are significantly higher than the original MSRP ($47,030). BMW was originally going to release the 1M as a limited production model of 2,700 units. Then due to overwhelming demand, the company lifted the cap and produced a total of 6309 cars until production ended in June 2012. Nevertheless, production of the 1M Coup stopped in June 2012, with 740 units sold in the US and a further 220 sold in Canada. Total 6309 cars sold worldwide.

See our amazing experience picking up the BMW 1M in Munich