Ingolstadt-based automaker Audi will unvei at VW’s annual Wörthersee meeting in Germany a new performance concept. The Audi A3 Clubsport Quattro concept builds atop the Audi S3 sedan, and could preview an RS3 model to face off against the Mercedes-Benz CLA45 AMG and upcoming BMW M2.

The tuned up engine delivers 518 horsepower and 443 lb-ft of torque. The same engine is used in the outgoing TT RS and RS Q3.

Thanks to this powerful engine, the concept needs a mere 3.6 seconds for the 0-100 km/h and it will keep on going until it hits a top speed of 310 km/h. The vehicle weighs 1,527 kg and benefits from a quattro all-wheel drive system receiving the engine’s output via an S tronic 7-speed transmission that comes with a launch control system.

The appealing concept is actually based on the S3 Sedan but it has been lowered by 10mm courtesy of a sports suspension while for wheels the Germans opted for a large set of 21-inch alloys wrapped around in 275/25 R21 tires. Stopping power is provided by carbon fiber ceramic discs on all four corners while the Matrix LED technology has been implemented in the headlights.

It remains unknown if the Audi RS3 will still produce 518 horsepower, but the concept shows the capabilities of the 2.5 liter turbo five-cylinder engine.

Compared to the Audi A3 Clubsport, Mercedes-Benz CLA45 AMG delivers 355 hp from its turbocharged four-cylinder, while the M2 is rumored to receive a 360-380-hp from an updated version of the N55 TwinPower 3.0 liter engine (N55B30T0). 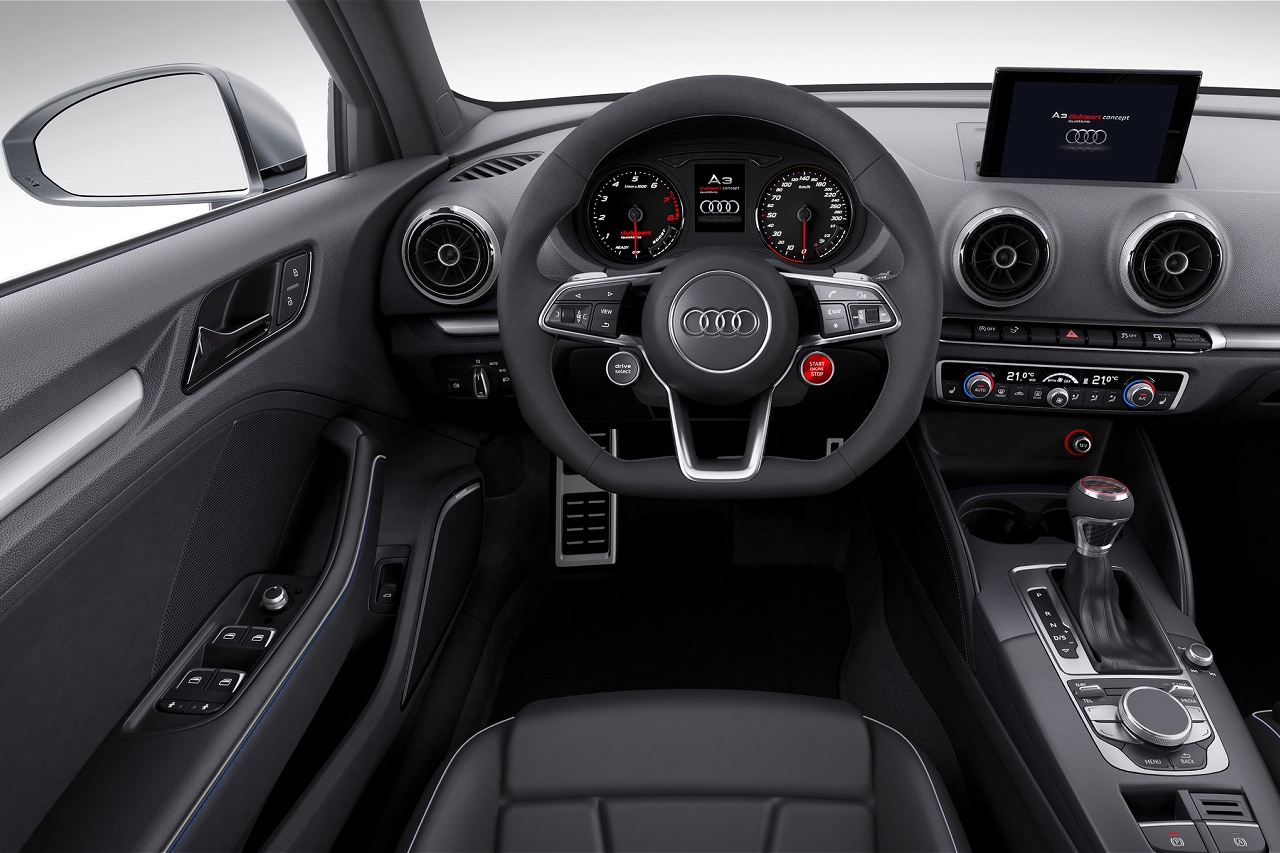