Chris Harris shares his notes on the BMW M3/M4

Chris Harris went to Portugal to test drive the new 2015 BMW M3 and 2015 BMW M4. Ahead of its highly awaited video review, he shares his test drive notes with the folks over at Pistonheads.

Here is a sample:

Engine
Weird noise to begin with. No word of a lie, I laughed out loud when trying to define it – all I could think was ‘mapped 335d’. It’s less musical, lower frequency and less clearly straight-six than the M235i I’m currently driving. At first I didn’t like it much, then it became a non-issue and after thrashing around a circuit for a while I almost liked it. But it’s a million miles from the E46 and E92. Would I buy an everyday car on the basis of noise? Probably not. Radio 4 and ZZ Top will always overcome. 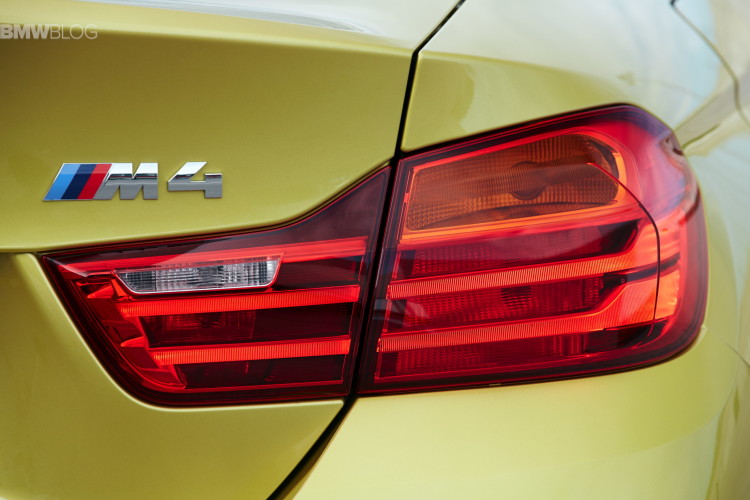 Performance? Scorching. The manual will hit 100mph in nine seconds dead, the DCT in 8.7 seconds. It hardly feels turbocharged and the torque is all-consuming. Real-world, this car is miles quicker than the old E92, and the torque means the rear axle loads up much earlier in a given turn, meaning you have the sensation of controlling the car’s attitude with your right foot far more than you did before. But that should come in the chassis section. Doh.

I didn’t have any problem with the throttle response. In comfort the throttle is long and a little lazy – normally I like that, but the shorter sport and sport-plus settings worked better in this car for me. In the latter the speakers mess around with the intake noise some more. Compared to, say, an E46 you lose a tiny amount of instant zap, but considering it has two turbochargers, you can take several stabs mid-corner to trim your line and the response is always there. It’s worth revving out to 7,500rpm too.

Fuel economy at a cruise is miles better than before – a genuine 30mpg – whereas I used to see 19mpg in my E92. The M3 badly needed some range, it now has it. This is perhaps the most important improvement over the outgoing V8.

Is the motor special enough? For a quick track blast and a few hours on the road, to impress a few hacks? Probably not, especially in light of the deranged V8 model’s zap and DTM blare beyond 7,500rpm. But for everyday use, the torque, the sheer speed and the range make the new gizzards – for me – far more appealing.

Colleagues have given it real flak, with the insinuation that it isn’t special (dry sump, forged crank anyone?) but I’d buy this car because of the motor, not in spite of it.

Chassis
Flipping good. As in, I’m not sure how much more you can expect from a car of this type. We had 19-inch wheels (standard in the UK) running the standard Michelin Pilot Super Sports. Incidentally, that’s a completely new tyre with a bespoke aramid belting and compounds specific to this car only. Front axle grip is alarming at first – you push, it grips, you play silly, and it still grips. On very technical roads, nothing in the class would see where it had gone (in the dry) for that reason alone.

Electronic dampers (again standard in the UK) give the same three modes as the motor. Comfort is the default road setting giving a still firm ride, but no crashiness. Sport adds some support, but I suspect in the UK it will be too much. The firmest setting is for the smoother sections of the Sepang F1 track. There’s a non-adjustable damper option that in practice offers a fixed setting somewhere between the sport and sport plus settings, but it isn’t coming to the UK.

The clever locking differential is essentially lifted from the F10 M5 – it can slacken itself to a fully open setting under brakes and at high speed, and then lock to 100 per cent on the exit of a turn. It’s possibly the most complete unit of its type I’ve driven and certainly contributes to that searing turn-in and agility on the road.

Of course it’s a drift expert – it’s an M3. You can choose any angle and pretty much any speed. The tyres can handle quite a beating in this mode. Handy information for that morning commute.