BMW Diesels Are Coming and Why Are Diesels More Efficient

It’s about time. The the world has had a plethora of BMW diesel models to savor and the US has been forced to make do with one or two offerings at most. Well that’s about to change. Thanks to tighter fuel economy regulations, diesel’s time in the US has arrived.

Many manufacturers have announced new diesel offerings coming to the US and BMW has worked to improve the image of diesels in this market with some clever commercials in the recent past. And BMW makes some of the best diesel automotive engines on the planet, so good that when Toyota needed a diesel for the European market they hooked up with BMW. 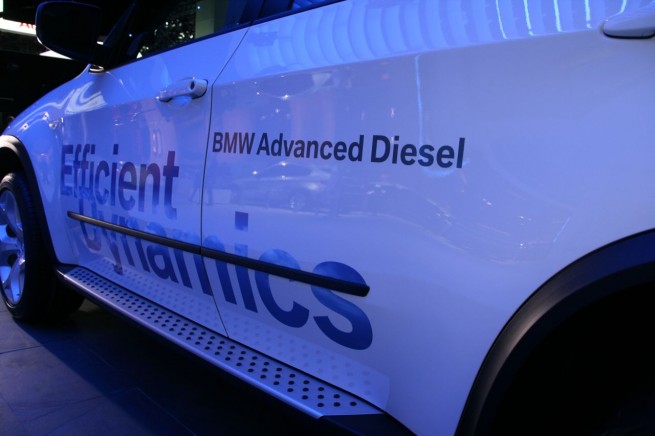 The two knocks on diesels have been their clatter and soot. Diesel clatter is a by-product of how the fuel burns in the combustion chamber. And the soot (read, black smoke) is a by-product of fuel over-enrichment (a heavy foot). But those problems have been mitigated by better injectors and better software.

BMW diesel tech includes turbo-charging and advanced injectors to maximize the benefits of diesel while minimizing clatter and soot. The end result, an engine that’s fuel efficient and powerful. But what diesels don’t do is rev to the stratosphere. And that’s a by-product of how much time the fuel takes to burn. But with newer injectors that too can be mitigated. Subsequently the newer diesel engines have a wider rev range than previous incarnations.

But even with a limited rev range, the diesel performs very well. Thinking about how often I have the opportunity to tease out the N54B30 from 5000 to 6800 RPM, and thinking about how, with a 123D, I could make the journey from my house to my parent’s (500 miles) without having to stop, a diesel makes a GREAT deal of sense.

I’ve had the opportunity to drive BMW’s 335d and enjoyed it quite a lot. At the time I wrote that while being green is good, it wouldn’t be a BMW if it didn’t provide the joy of driving. The 335d will show its heels to a large number of sporty sedans, given it’s instant thrust and its roughly six second 0-60 time (some magazine tests have recorded under six seconds). Additionally, all of the chassis composure and great braking performance BMW is known for come with it.

Sequential turbo-chargers, one fairly small – the other larger, provide instant and sustained grunt throughout the engines RPM range. By managing the airflow through both turbo-chargers, sufficient boost occurs at all engine RPMs to produce outstanding power. Peak torque occurs at 1,750 RPM, with over 90% of the torque available under 1,500 RPM. Peak horsepower arrives at 4,200 RPM, quite high for a diesel in actuality. While the M57D30 in the 335d has a 5,000 RPM redline its sibling in the 335i, the N54B30 continues to stretch to 7,000 RPM, building additional power during the climb.

However, whereas the N54B30 produces approximately 300 lb-ft of torque, the M57D30 produces a staggering 425 lb-ft. This torque, rivaling large displacement V8 engines, requires the ZF automatic transmission used in the X5 4.8L. (A manual transmission is not an option.) However, the torque converter is different, being optimized for the diesel engine’s operating characteristics. The gear ratios are the same as the X5 4.8L, however the final drive has been numerical lowered to take advantage of the diesel’s lower RPM limit.

This car is every satisfying to drive. You get all of the accouterments of the 3 Series along with the grunt and ‘greenness’ of one of Ward’s ’10 Best Engines’ for 2009. Driving around town is seamless, passenger may never guess that you have an oil burner under the hood. And it’s acceleration is compelling. Since most drivers rarely see beyond 4500 RPM in the N54 engined 335i in normal driving, the diesel is an attractive alternative.

The one caveat is cost. Diesels are stouter than equivalent gasoline engines and cost a bit more to produce. Subsequently the initial cost of owning a diesel may offset the fuel economy savings. As always, your mileage may vary.