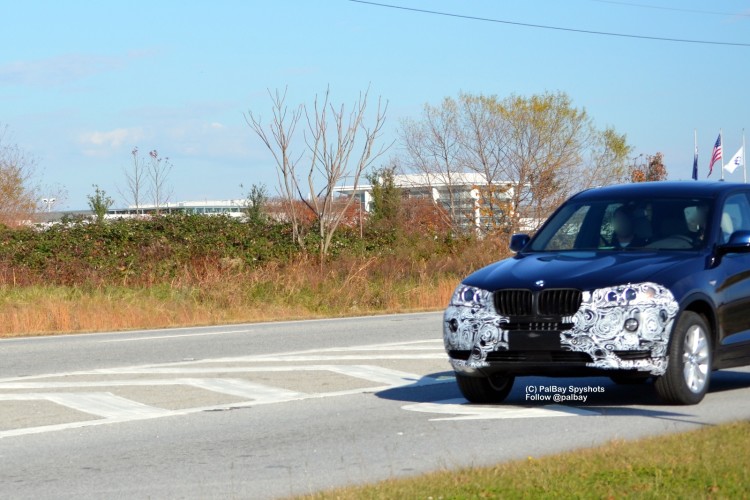 Just three years after its official launch and the second-generation BMW X3 is preparing for a mild refresh. Spy photographer Palbay spotted the facelifted X3 near the Spartanburg plant in South Carolina.

The X3 xDrive28i was wearing light camo which points to an official debut in the near future.

The changes will take place at the front fascia and rear end where the X3 wil get updated bumpers. Also the headlights will get an upgrade with a sleeker design. The side mirrors will follow the design of the most recent BMWs with a slimmer look. As seen in these spy photos no changes occur at the taillights. 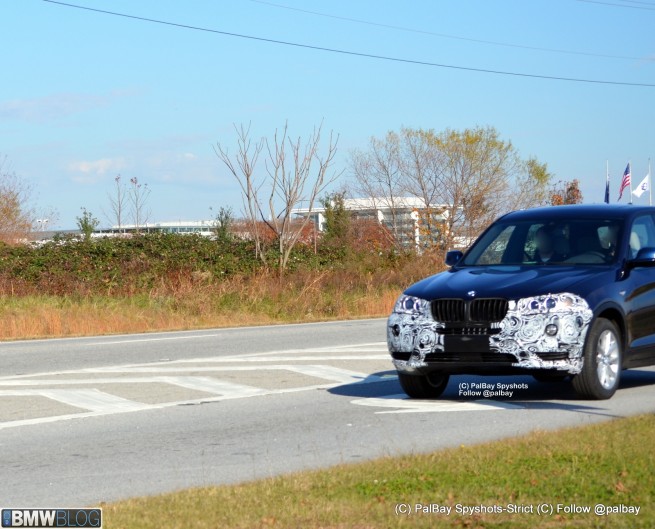 Engines are expected to be carried over, for the U.S. market the customers will have a choice between a 2.0 liter four-cylinder engine or the 3.0 liter TwinPower six-cylinder. For the first time in the U.S., a diesel engine will be offered for the X3 (first half of 2014). While not confirmed, we believe a 2.0 liter four-cylinder engine will be used for the midsize premium SAV.