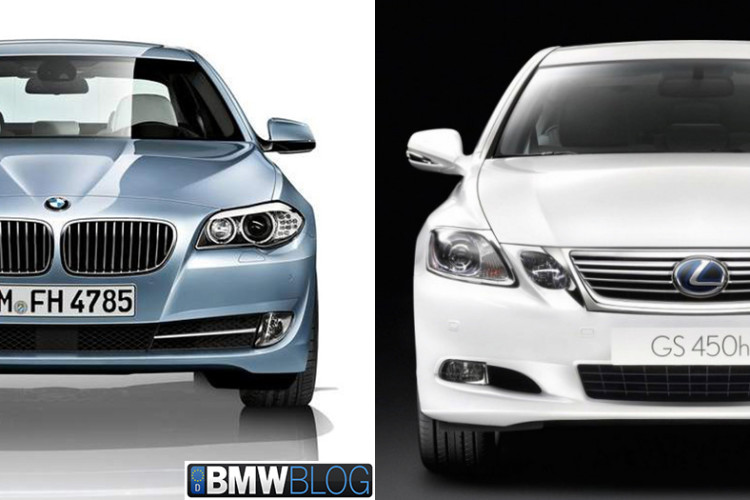 South African magazine The Citizen compares the BMW 5 Series Hybrid against a similar offering from Lexus, the GS 450h. The eco friendly shoutout focuses on the advantages and disadvantages of big full house sedans that add battery/electric power to rather powerful and very capable petrol fed powerplants.

The ActiveHybrid 5 outputs 340 hp while producing only 149 g/km of CO2 – putting it well into the “green” designation. The Active Hybrid 5 manages a range of four kilometers (approx. 2.5 miles) under purely electric power with the gasoline engine switched off. Top speed under purely electric power is 60 km/h (37 mph). Coasting mode (with the engine switched off) is possible up to speeds of 160 km/h (100 mph).

So how do the two compare against each other?

The 5 Series immediately felt the far livelier of the two thanks to its force fed engine that now delivers 250kW and 450Nm thanks to the addition of electric assistance. And the battery seemed to quickly recharge on the run and this meant that there was always good urge on hand.

And then the battery seemed to drain quicker and take longer to get back on speed than when compared to the BMW, so the urge on hand in the Lexus was not always as electric as you would want it.

The ride and the looks of the Lexus has improved somewhat, but that slow CVT gearbox versus the slick shifting eight-speed auto of the BMW further lets down the dynamic side things, but neither of them makes real sense to me as planet savers, as you would be doing the world a bigger favour by driving a smaller capacity and cheaper turbo- diesel type car to start with.