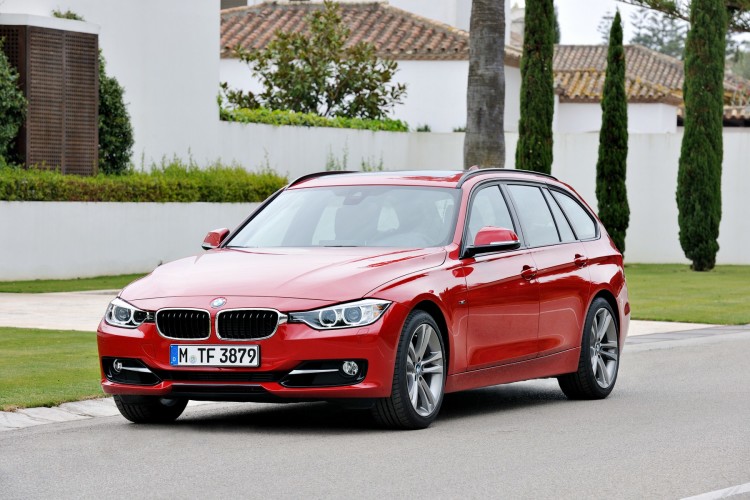 UK magazine Autocar publishes one of the first reviews of the new 2013 BMW 328i Touring.

The F31 328i Touring goes on sale in the U.S. as well and will be offered with automatic transmission and a choice between rear-wheel drive and xDrive configuration. The sporty wagon is powered by the BMW TwinPower Turbo 4-cylinder’s displacement of 1,997 cc delivers maximum power of 180 kW/ 240 hp at 5,000 rpm while, thanks to twin-scroll turbocharging, the maximum torque of 255 lb-ft is developed at just 1,250 rpm and remains constant up to 4,800 rpm. These statistics translate to commensurately dynamic performance: the new BMW 328i accelerates from 0 to 100 km/h (62 mph) in just 6.0 seconds, on its way to an electronically governed top speed of 155 mph with Sport Line.

Here is an excerpt from their review: 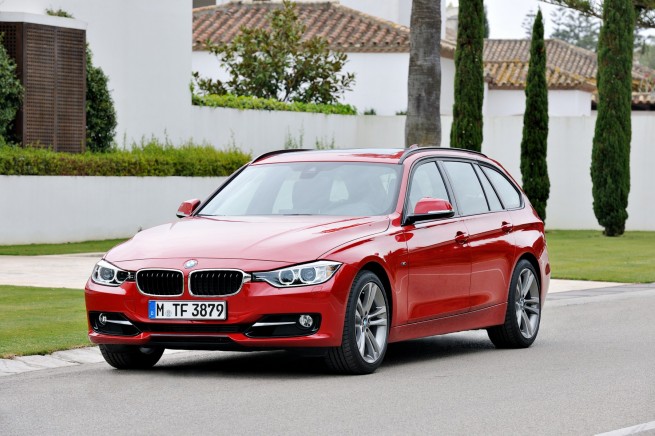 “Also new is a 40:20:40 split rear seat – rather than 60:40 – which improves the cabin’s flexibility, as does a 35 litre gain in seats-up boot-space to 495 litres. That’s just best-in-class, while seats down this number rises to 1500 litres, the backrests flopping onto their cushions to form an almost flat deck, although they don’t fold electrically. Nor is there a tumble-fold feature to allow the rear seats to form a protective bulkhead – the deep transmission tunnel prevents that – but you can lock the forward section of the rear seats’ cross-bar assembly onto the ends of the folded backrests to form a luggage-arresting lip. And you can then unfurl a load net that hooks into the ceiling. This assembly is now separate from the luggage blind mechanism, complaints about the weight and unwieldiness of the combined unit used in the previous model prompting their separation.

A further advantage of this arrangement is that the luggage blind assembly – now much lighter – can be stowed under a lid in the boot floor. All of which may sound like tedious detail, but makes a big difference to the car’s usability during the battle to load it at B&Q on a Saturday morning. This latest 3-series also offers more room for occupants, the wheelbase stretch yielding 17mm more knee-room, and there’s a fraction more headspace too.

Mechanically the Touring is identical to the saloon except for stiffer rear springs, which may have been why this 328i presented a ride slightly less accomplished than that of a recently sampled 320d saloon. Sharper bumps are the trouble, this 328i wagon riding them less pliantly. But its quick, precise steering and well-balanced, low-roll cornering remain, making this a genuine sports estate.

A brisk one too, with 242bhp from a petrol turbo four that musters promising economy when hooked to BMW’s new eight speed auto. This transmission proved less adept at tremor-free shifts than a diesel X1 using the same box, however.”