The Spun Bearing: Carbon Fiber, The Limit, and Rotary Engines

With the i3 and i8 gaining more press the last few days it seems appropriate to take a further look at the material forming the passenger cell (‘Life Module’ in BMWspeak) for the two cars. We’ve discussed the manufacturing process BMW will use to create the production cars passenger cells.

It is known as resin transfer molding (RTM). It shaves team and expense from what heretofore has been a costly and time consuming production process. But we haven’t mentioned how you get to the point of actually creating carbon fiber ‘cloth’ that can be feed into the RTM press. 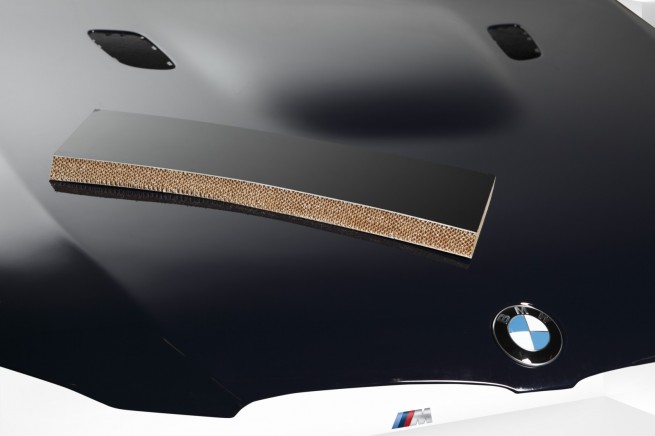 The carbon fiber sheets most are familiar with actually start life as a synthetic material. In the case of the carbon fiber cloth that BMW will use it starts as rayon fibers. The rayon is heated to remove atoms other than carbon (though not all non-carbon atoms are removed – and depending on the raw material used only up to about 95% of the end result is carbon). The process of carbonization requires significant energy inputs and that is one reason BMW and SGL settled on the Moses Lake, Washington USA location to perform the transformation from rayon to carbon fiber. The Moses Lake location has access to an inexpensive, renewable, hydroelectric power source.

Once the carbon fiber strands are created they are wound on bobbins and serve as input to the production of cloth. For BMW, that process takes place in Wackersdorf, Germany (north-northeast of Munich). Once it’s been woven into cloth it can be ‘pressed’ into finished components of the passenger cell. 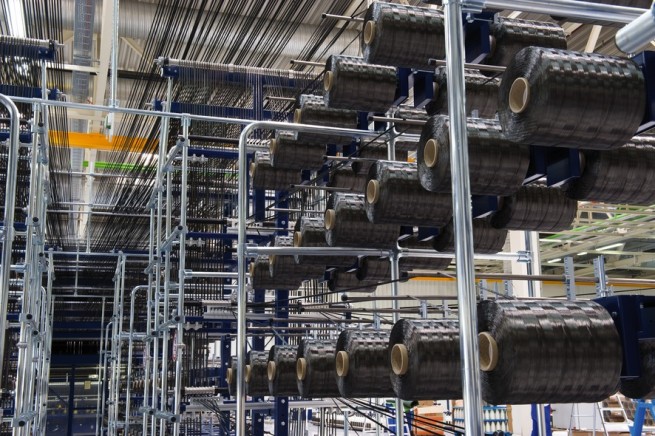 The quality and quantity of carbon fiber raw components has to ramp up if it is going to be used on a large scale in automotive manufacturing. BMW has made a strategic decision to partner with SGL Carbon and the wisdom of that became apparent when VW tried to buy into SGL Carbon significantly.

The Limit: Life and Death on the 1961 Grand Prix Circuit

I had a chance to read Michael Cannell’s book, ‘The Limit’, recently. It’s a very good read about an era of racing that was even more fraught with peril than what we are witnessing now. It is essentially a glimpse into the times and the lives of two drivers, competitors and teammates, Phil Hill and Wolfgang von Trips, and their antagonist, Enzo Ferrari.

After introducing the two protagonists and their early life experiences that formed their characters, the story traces their racing careers from the mid-fifties to the story’s climax at the 1961 Grand Prix at Monza. Going into the race at Monza, von Trips or Hill could have been crowned champion. Hill won the race and von Trips died trying. It was another nasty accident in a long string of post-ware racing incidents.

Cannell’s treatment of the characters brings them to life. The sources he has used expose bits and pieces of the drivers’ character that’s missing from period pieces and other material I’ve read. He also has treated the character of Enzo Ferrari with the deliberate ambivalence it deserves.

The book is definitely worth reading. It describes the action on numerous GP tracks, Le Mans, as well as the Targa Florio and the Mille Miglia (the great Italian road races). There are some technical head scratchers, like a 300 degree corner at the end of the Mulsanne straight – sorry there is no point at the Circuit de le Sarth that cars are going over, under, or across other cars (intentionally). But those are momentary blips in a keen study of the times and two exceptional drivers. Most Americans are unaware of Phil Hill’s driving record, but he won LeMans and was the first American F1 Champion. And he needs to be known by American racing fans.

Audi has hinted at using a Wankel (rotary) engine as a range extender for it’s electric A1. The Wankel is a fascinating device with a couple of potentially fatal weaknesses. One is the odd-shaped, moving combustion chamber. It’s difficult to get a complete burn of the fuel air mixture and subsequently requires more downstream emissions control than a comparable piston engine. Additionally, the sides and apices of the rotor have to be sealed against oil seepage. That hasn’t been nearly as effective as what’s possible in a piston engine. One great advantage
of a small Wankel, however, is it’s inherent smoothness in running. It will be interesting to see what Audi does, and compare and contrast that to the range extending engine BMW chooses for the i3.

But, while discussing the Wankel, I feel the need to bring up a recent conversation about rotary engines with a bunch of car guys. The rotary engine came up in regard to their use in aircraft in the WW I time
frame. The original rotary engines look like radial engines, but, in the case of the rotary, the crankshaft is stationary and the cylinders rotate. The engine that immediately pops to mind is the Gnome, a French
engine.

However, someone mentioned that Siemens-Halske had built a rotary engine with counter rotating cylinders and propeller/crankshaft. That solved the problem the rotary had of attempting to twist the airframe in the direction of the cylinders’ spin. Think of the scene in ‘The Curse of the Were-Rabbit’ where Gromit’s nemesis spun out of control.

But improvements in fuel quality led to higher engine speeds and the demise of the slightly off-track rotary engine. Speaking of off-track, how does any of this tie back to BMW. Well, in a convoluted way it can be made to do so. Siemen’s aircraft engine production was eventually reorganized as Brandenburgische Motorenwerke (otherwise known as Bramo).

Bramo was later absorbed by BMW when the Reich Air Ministry consolidated construction of radial aircraft engines to one manufacturer prior to the outbreak of WW II. Where BMW’s foray into radial aircraft engines started with a license to build examples of the Pratt & Whitney Wasp engine, Bramo had a license to build a copy of the Bristol Neptune radial. And of course, after the war, Bristol made a very good copy of the BMW 328 coupe.

So, that’s another gem from Becker’s warehouse of absolutely worthless information and as good a place as any to end this article.