Every year, EuroTuner magazine gathers some of North America’s best tuners to go head-to-head on the dyno, dragstrip and road course in the annual Eurotuner GP.

The teams compete against one another directly and in front-, rear- and all-wheel drive classes, therefore the cars are not really comparable to another. EuroTuner GP shows how the various modifications perform in real-world tests.

This year, the folks over at European Auto Source entered the competition with their own supercharged M3. This one-off features a supercharged engine producing a massive 620-horsepower. 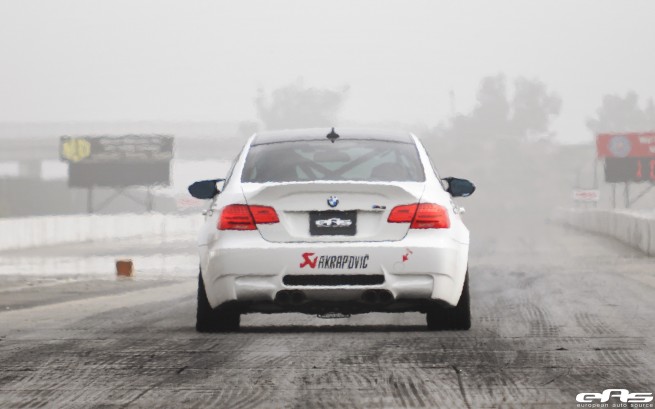 European Auto Source tells the story behind the competition.

“We recently had the opportunity to enter into the EuroTuner GP with our supercharged M3 piloted by pro driver Jordan Yost. The competition spanned 3 days with a different event happening on each day (drag strip, dyno and road course) with every car being equipped with Continental Extreme Contact DW tires.

This event marked the debut of VF Engineering’s VF620 supercharger system which we have been quietly testing behind the scenes. Through a gruelling 3 days of multiple drag runs, dyno sessions and continuous hot laps, the VF620 supercharger performed each task flawlessly, begging for more. The car simply feels at home on the track while still being civil on the street. 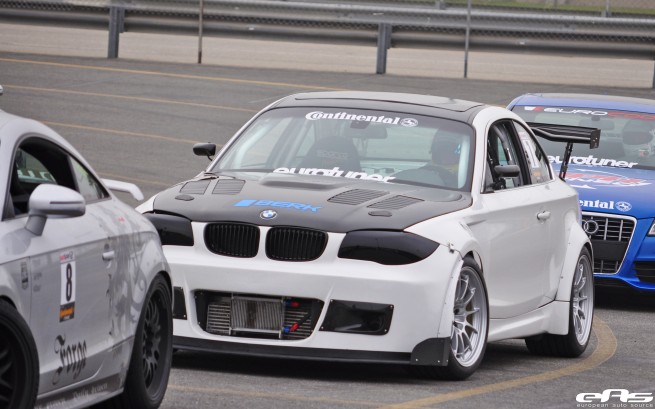 Our goals were quick and simple:
1) Compete with an M3 that can be easily replicated with only bolt-on modifications.
2) Vehicle was to be driven to and from each event; no trailers.
3) Vehicle must maintain full interior (exception of the rear seat).
4) No tuning or changes were to be made to the vehicle in between events, (exception of tire pressure).

European tuners from near and far entered a wide range of modified cars, from a fully race-prepped 135i to a mid-engine turbo VW Golf. Seeing our M3 drive to the event without a trailer was somewhat of an odd sight.

While we aren’t allowed to say anything about the results until the magazine hits newsstands in February 2012, we can show you some cool pictures and video!”