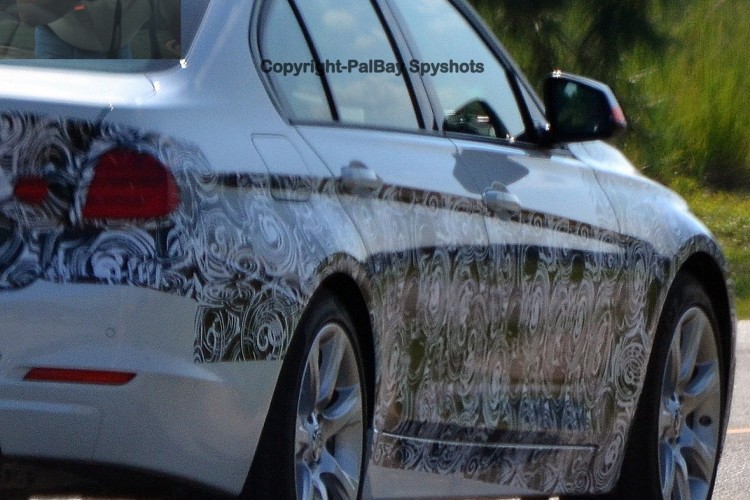 With the launch of the new 2012 1 Series, BMW also introduced two separate lines that differentiate the vehicles within the family. The Sport and Urban line cater to different demographic and allows the automaker to package the most popular options into a single offering, therefore decreasing overall costs and speeding up delivery times.

According to our sources, the new 2013 BMW 3 Series will continue down the same path and BMW plans to offer two or three different lines, one of them, Sport, catering to customers looking for enhanced sportiness in their new vehicle. The latest spy photos, from the usual South Carolina-based spy photographer Palbay, come to confirm the rumors. An F30 test mule was spotted near the Spartanburg plant and the big news is that the car features 4 piston front brake calipers, an indication that we are looking at a sportier version of the new 3er. Also, the prototype comes with a new set of wheels that have not been spotted before.

Exclusively for BMWBLOG, a BMW official confirmed that the unveiling event for the new 2013 BMW 3 Series will take place this October. 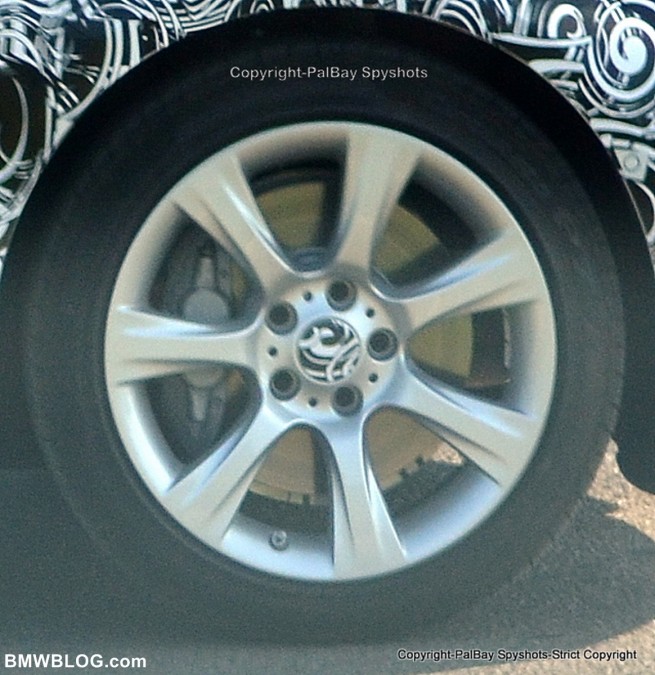 Just last week, our Senior Editor Shawn Molnar offered some insight into the design language of the new 3 Series:

“Heavy emphasis has been placed on the fundamentals of BMW exterior design: double kidney grills, double round headlights, longitudinal bonnet lines, and Hofmeister Kink not withstanding. We’ll also throw L-shaped tail lights in for good measure, though they are in fact a more recent design hallmark in the long and illustrious history of the brand.

Starting at the nose, we see a prominent grill standing vertical – though not shark-nosed (in other words: leaning forward from the highest point). Most interesting is the recessed headlight assembly which links up with the kidney grill, drawing a horizontal line from the “eyebrow” of the head light unit across the top edge of the kidney grill. The bottom edge of the headlight projector fluidly turns up and joins this character line, emphasizing the kidney grill’s prominence in the overall design. The visual connection between the headlights and the kidney grill could be a new design trend to be played out across future models. 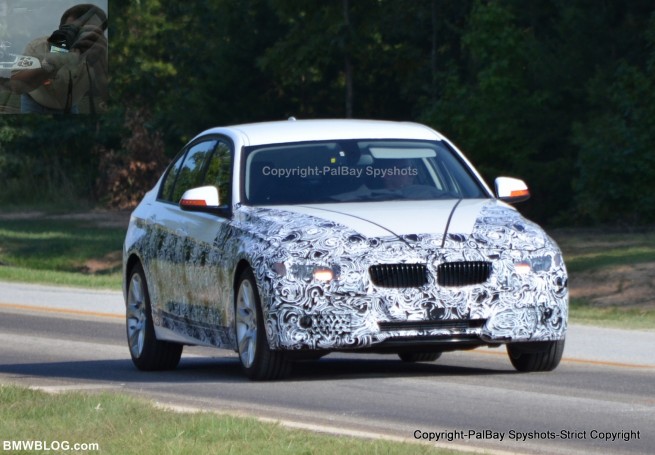 Horizontal winglets in the lower front fascia are now seen mounted above the fog lights, whereas before they had been transecting the round fog lamps. This stylistic change will enhance the appearance of the F30, making the front end appear wider.

The hood has been settled down with more subtle longitudinal bonnet lines through the center, spread further apart in their divergence toward the windscreen. The roundel has been moved from the hood to the front grill mount.”

Additionally, the F30 3 Series will showcase an unique and exciting design feature: the space between the kidney grille and headlights has now been eliminated creating a synergy between the corner of the front lights and the side of the grille.

In our opinion, the new F30 3 series is a ‘safe’ design, an evolution of the current model with cues from its bigger brother, the 5 Series.